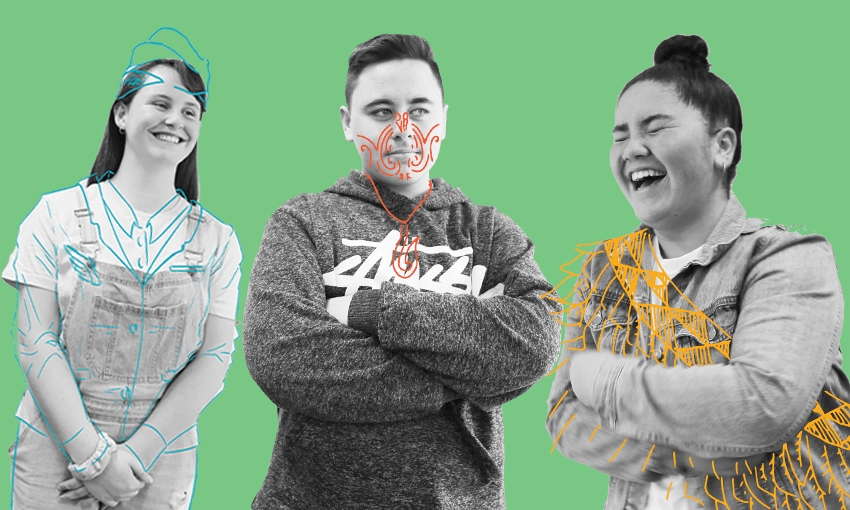 The team at Tokona Te Raki want to make sure rangatahi have big dreams, and pathways to succeed (Photo: Supplied)

An iwi-based futures lab is reimagining outcomes for its rangatahi

The team at Tokona Te Raki want to make sure rangatahi have big dreams, and pathways to succeed (Photo: Supplied)

While many areas of the workforce have been shaken by the effects of Covid-19, a Ngāi Tahu futures lab has been working to give rangatahi Māori the opportunity to decide their own futures.

Futurists have thought up myriad strategies for how the world should look post-Covid. For all its hurt, the global pandemic is offering nations a once in a lifetime opportunity to reshape their economies, the way people live their lives and the help they’re given along the way. For Māori, this could be a chance to change negative outcomes and start to steer the waka towards a better future.

For a small group from Ngāi Tahu, there’s no time to wait to start opening conversations about Māori outcomes post-Covid, which is what their newly-founded futures lab has set its sights on.

“Doing nothing means inequality grows and that’s something that ultimately doesn’t sit with our values, and as a nation I don’t think that sits well. So that’s kind of popping that bubble and saying this is what will happen if we keep going as we have been – and here’s an alternative.”

They’ve produced a series of future scenarios, sparked by the thought that rangatahi Māori would only continue to suffer if we, as a country, went back to the pre-Covid systems that had disadvantaged Māori for generations. It’s a Treaty-based future they’re after, and the four scenarios designed by Tarena and his team show that this is entirely possible with the right support.

Overall, the group has a goal of equity in education, employment and income for Ngāi Tahu by 2040. Tarena isn’t worried about reaping the benefits of his work himself, but he says if we don’t start making changes, the intergenerational hardships and trauma will only continue in Māori communities.

The signing of Te Tiriti ō Waitangi in 1840 signaled a huge change for Māori in self-sufficiency, sustainability and self-governance. Two hundred years later, Tarena says Māori are still coping with the ongoing effects.

“In 1840 you had that cusp, where you had interaction but Māori were very much determining their own pathways and futures. We had a few bumps along the way and then by 2040 it’s really going ‘how do we reclaim that future-focused mindset, that strength of our tupuna wisdom?'”

Covid-19 has surfaced a lot of cracks in equity within New Zealand. The potential for Māori unemployment rates to rise beyond 30% was raised by a concerned NZ Māori Council last month, which asked the government to consider more tailored approaches to Māori through the Covid era. But the pandemic didn’t create the systems through which this inequity thrives. That system’s been there for decades.

“We already had an existing crisis, so if we keep doing what we were doing we would keep seeing inequalities grow for Māori and our younger population group. That’s something that isn’t fair and just, and just isn’t viable,” says Tarena.

“Māori are going to be disproportionately impacted [by Covid], and it does expose those inequities where those harms are concentrated in areas which are generally undervalued and underpaid and offer limited opportunities for leadership and promotion and progression.”

The futures lab isn’t just about creating written scenarios, though that is the first step in a long process of implementing change. Before Covid limited its ability to provide them, Tokona Te Raki hosted internships, teaching rangatahi skills like graphic design, transformation and innovation to help give them confidence to enter workspaces traditionally lacking Māori perspective.

“We can’t keep sticking more Māori as labourers and viewing them as not capable. We have to start to think that they’re one of the fastest growing segments of our population so we need to start looking at our rangatahi as leaders and supporting them to be so.”

Other iwi groups have been in touch about the futures programme, and Tarena says it’s great to see that its scenarios are opening up conversations around the country. While Tokona Te Raki is built for Ngāi Tahu rangatahi, he wants to see other iwi, hapū and whānau groups taking control of their futures, too.