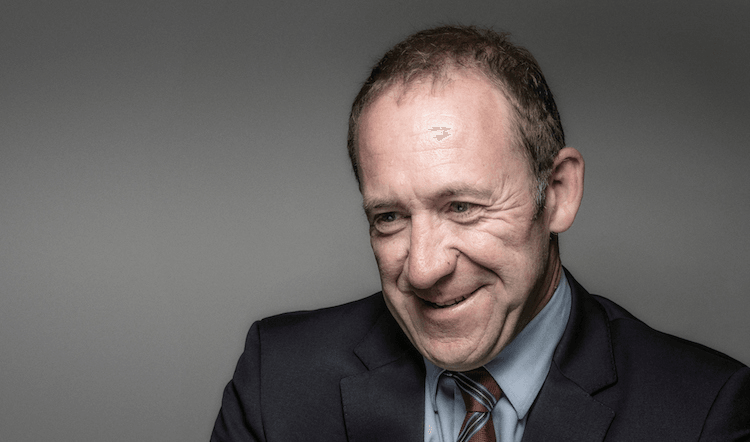 Andrew Little: ‘Pākehā ways of engaging are so inadequate’

Not that anyone told former Labour leader Andrew Little, this government’s minister for everything, and the back-from-the-dead bloke who is quietly making history. Under Little’s watch abortion law reform is on its way, the Pike River families are closer than they’ve ever been to bringing their boys home, and the decades-long Treaty settlement era could be coming to a close. For any other minister this workload might seem like too much, especially in a Cabinet where half of the thinking is already outsourced to working groups. But Little seems unbothered. “I have a job to do,” he tells me over the phone, “and I’m going to do it to the best of my ability.”

Some people reckon when Jacinda Ardern speaks it tickles the back of your neck. No one ever said the same about Andrew Little. If a firm handshake could speak it would sound something like Little. The critics call it dour, but the better description is straight-up-the-guts. Little doesn’t fluff anything. If you make a mistake he’ll call you out. Last year he came into criticism for telling RNZ the Māori Party’s actions in government weren’t “kaupapa Māori”.  Māori Party members said it isn’t Little’s place to determine what is and isn’t kaupapa Māori. Is this the right bloke, they asked after the election, for Treaty of Waitangi negotiations minister?

As it happens, absolutely. Within weeks Little had Tūhoronuku and Te Kotahitanga, the competing Ngāpuhi settlement groups, in the same room after the last government cut and run, withdrawing its negotiators and staff. Little’s predecessor, the brilliant Chris Finlayson, told media, “I could send Pope Francis in there and he’d get nowhere either.” The problem is he didn’t send in Andrew Little. “I was very pleased with the round of hui last year, meeting the kaikōrero for each of the hapū and hearing what they had to say.” The message, Little says, “is they want everybody to get on with it, without pointing the finger of blame, and so it’s about finding the conditions where we can get the talk about redress under way.”

But finding those conditions is easier said than done, especially when the Treaty settlement process sometimes rewards the loudest and the largest settlement group. “It’s tricky. There are some hapū and iwi who are very strong and very well organised while there are others who aren’t, [and] you do have to look after those who aren’t because the Crown usually has something to do with that.” In other words, the Crown’s past actions are largely at fault for diminishing (and sometimes privileging) some hapū and iwi over others. It’s a refreshing admission, and it’s the kind of thinking that could break the deadlock between Tūhoronuku and Te Kotahitanga.

This is what sets Little apart from his predecessors. Previous governments were fond of limits and deadlines. The fourth National government had its fiscal envelope, the short-lived “cap” limiting Treaty settlements to $1 billion in sum, and the last government had its goal of settling outstanding claims by 2020. But Little is having none of this. As a life-long trade unionist he knows a negotiation between two unequal partners isn’t so much a negotiation as it is a hostage situation, and so he’s willing to work with iwi on “marae time” (ie slowly). “Those who’ve been left behind, left out, or haven’t had as strong a voice at the table as they otherwise might have had can’t be overlooked.”

Thinking like this means “regional settlements” are on the table in the North. This is where one group negotiates the general settlement and sub-groups negotiate the particulars. It’s perfect for Ngāpuhi, a huge tribe made up not of one iwi but many, and it might amount to a breakthrough. But Little isn’t getting ahead of himself, remaining circumspect. “Nothing can truly compensate for the horrors visited upon hapū, iwi and Māori people. But we can provide some redress and, most importantly, we can provide a foundation to start building what I think is the real relationship contemplated by the Treaty – a genuine partnership – so when the Crown sits down with hapū and iwi we’re sitting down as equals and talking about the issues as equals.”

That’s the trade unionist talking, and maybe the Taranaki boy too. As someone who grew up on confiscated land Little approaches the job with humility. “Hearing the stories is a privilege,” he says, and every story comes with a “responsibility to put things right to the best extent that I can.” At its most simple, “it’s about doing justice.” Fitting, for the bloke who holds both the Justice and Treaty Negotiations portfolios. “One of the things I’m thinking hard about too is to ensure those stories are accessible to all New Zealanders … What iwi and their tipuna have been through is frightful, and if more New Zealanders knew we’d have a better understanding of ourselves and our future.”

Perhaps the government could appoint him to the education portfolio as well.

But isn’t this all a bit overwhelming? Little is reflective. “I feel very privileged to engage with iwi and Māori, and now I see how some of the Pākehā ways of engaging as ministers are so inadequate. I think we have so much to learn [from Māori], and much to change about how we approach some issues.” Again, it’s a refreshing admission, and you can see this thinking at work in the way Little is approaching Pike River re-entry. The whānau are at the front of any decision-making, a dramatic departure from the last government’s approach where decisions were made solely on official advice, not on whānau advice and needs.

Not that Little is keeping score. “Forget the party politics,” he says of his Treaty Negotiations role. “This is about New Zealand – it’s about nation-building. You know Doug Graham was Justice Minister in combination with Treaty Negotiations too. I think it’s fitting because in the end the Treaty Negotiations portfolio is about delivering justice to the best extent that we can.” With a bit of luck – and maybe another term – Little could become the Minister who finishes the work Douglas started, helping usher the country from the Treaty settlement era to the post-Treaty settlement era. If he does, he might go down in history as the best prime minister New Zealand never had.