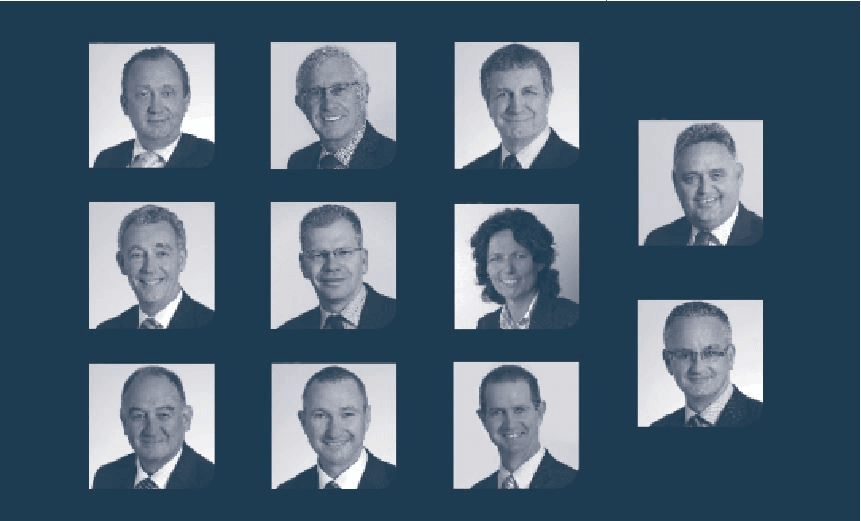 Often it feels like no matter the amount of passion and drive behind a cause, it is the faceless bureaucracy at the top that creates an impenetrable force preventing progress. The truth is that the highest level is not faceless; it’s a board.

Sadly Auckland Transport’s Executive Board and the Executive Committee can be summed up like this: a group made up almost exclusively of older white guys, who appear to be making decisions that reflect and benefit their own demographic, while simultaneously putting up obstacles in front of groups from other demographics to ensure their own plans are not messed with.

That’s why, to start this year off right, Generation Zero is publishing an open letter calling for Auckland Council to consider the desperate need for more diverse voices when appointing three new positions to the board of Auckland Transport.

Currently this is what the wider executive team also looks like:

A gorgeous bunch, we can’t deny it. But what’s up with all the lads and pale complexions? These are the people deciding on what money goes where in terms of transport spending. How can we know if their priorities and perspectives can match or empathise with those from different walks of life?

How will their decisions benefit a young mother in West Auckland depending on public transport to travel from home, to school, to work, and back to home again? Or how about an 18-year-old student who is on the bones of his arse and can only afford to bike from A to B but nearly gets hit by a bus on the daily.

With Auckland’s sprawl growing and transport options not keeping up with these developments, people on the outer suburbs are often shoehorned into using their cars and sitting in traffic just to go about their normal day. It’s no wonder inner-city house prices have hit the level they have.

Diversity is fabulous. Having people from a variety of cultural and social backgrounds in leadership positions offers multiple perspectives and experiences to draw from in the decision making process. It also creates a more inviting environment for possible future candidates who may be considering a career in that field. It’s not that talented people who are eager to bring their knowledge to the table don’t exist, it’s that these positions are not inviting to them.

London has recently been taking the initiative to achieve this by restructuring their transport board to make it the most diverse in its 16 year history. We think that’s really cool.

Let’s make Auckland Council live up to its own goals to enable and empower diverse leadership.

You can add your name to the open letter here.