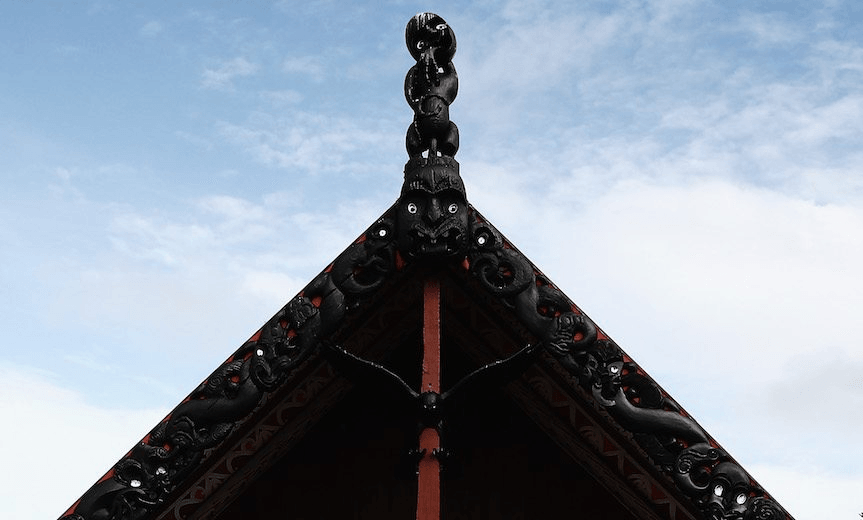 ‘Squatters on their own whenua’: Hirini Kaa on the age old problem with our brand new Unitary Plan

As the otherwise excellent Unitary Plan speeds to a near-inevitable passage today, one part of it remains both intact and very problematic. Dr Hirini Kaa reflected on the abandonment of the mana whenua provisions in a superb essay for e-tangata yesterday, which they have kindly allowed us to republish on The Spinoff.

I’ve grown up in Auckland. I can’t say I love it as a city, but I’ve spent enough time in Palmerston North to appreciate some of Auckland’s unique qualities.

It’s impossible to live in Auckland though and not notice the issue of race. I live in South Auckland and it’s rare to see a Pākehā at the shops or walking along the footpath. Conversely, it’s “spot the Māori” in the Remuera shops. Auckland is geographically divided by race based on poverty, and this has become more pronounced in recent years. Homelessness is a disproportionately brown issue, and the “home ownership crisis” is … not so much.

Race is not a new issue in Auckland though, particularly for the mana whenua iwi.

I grew up knowing of Ngāti Whātua Ōrākei. My father, the late Hone Kaa, had many strong relationships with the iwi, especially the Hawke whānau. I’m old enough (sigh) to remember the Bastion Point occupation, and although I was young, I can remember the pain and anger people were feeling at the time.

Through the years, I’ve come to learn more about our hosts here in Auckland. And it’s a beautiful, sad and tragic story.

Tāmaki has always been a beautiful and bountiful region, contested by many iwi over time. Named after the tīpuna Tāmaki, it is also known as Tāmaki-makau-rau (Tāmaki of a hundred lovers), and Tāmaki-herehere-ngā-waka (Tāmaki that binds many canoes).

In 1840, the visionary Ngāti Whātua rangatira Apihai Te Kāwau entered into an agreement with Governor Hobson, providing the 3,000 acres on which Auckland quickly grew. He is the often unremembered founder of Auckland who took full advantage of the flourishing centre of commercial activity at his doorstep.

Land in Auckland quickly came under pressure for sale, but Ngāti Whātua Ōrākei made it clear that their 700-acre Ōrākei block was their tribal base, never to be relinquished and utterly unattainable by the government or by anyone else.

If they wouldn’t sell their land voluntarily, their ownership quickly came under assault from a variety of directions. Some was taken for “defence purposes” on the pretence it would be returned if not needed. The Native Land Court — established to alienate Māori land — did its part. It turned trustees into owners, dividing and alienating the block. Leasing and subdivision were added to the arsenal, until only the papakāinga at Ōkahu Bay was left. In its final insult to those who had, through their generosity, established the city, the Auckland City Council laid a sewerage pipe in front of the papakāinga and discharged untreated sewage into their kai moana beds.

The Crown, who were determined to purchase the block, then applied irresistible pressure on the title holders — and, along with legislative weapons such as the Public Works Act, continued the assault until the remainder of the land was gone.

By 1951, Ngāti Whātua Ōrākei were viewed as squatters on their own whenua, and in the guise of protecting their health from the insanitary conditions (which of course they had caused) the Crown evicted the remaining families and relocated them away from their papakāinga.

There is, of course, much more to this story, and it is not the intent to portray Ngāti Whātua Ōrākei as passive victims. They resisted all the way through with everything they had, culminating in the reoccupation of Bastion Point in 1977 and the subsequent (and ultimately successful) Waitangi Tribunal claims.

They are today extremely successful and wealthy landowners and have been able to take up their role once again as guardians of the whenua and hosts of the city. And they do so with grace, dignity and generosity to all who live here.

It’s a shame then that that respect is not returned in kind.

The Ngāti Whātua Ōrākei role as holder of the mana whenua has been a work in progress in a rapidly growing and changing  21st century city and in a country that is just starting to come to terms with its past and with the potential of its bicultural future.

The Unitary Plan is the biggest single planning change in Auckland’s history. It will be the rulebook for Auckland’s future development. The plan has been through a lot of review and is currently being considered by the Auckland Council.

But more disturbing was the outcome around Mana Whenua Sites of Value. These are sites around Auckland that have been identified as having cultural importance to the local iwi. Practically, it means that any major work taking place that might disturb these sites needs to be investigated.

Although a limited number of Sites of Significance have already been set aside and protected, these Sites of Value would be set aside for further exploration and research, before more city is built over the precious spaces of the local iwi.

In the plan, there were 2213 sites of value to mana whenua identified. While this seems like a substantial amount, they weren’t creating many difficulties for Auckland’s rapid growth. In the first six months of 2014 for example, only 3.33 percent of resource consents triggered this provision, and only 0.33 percent were declined on this basis — 20 out of 6000!

Disturbingly, the major opponents of these mana whenua protections weren’t necessarily land developers, as you might expect. The opposition is led by an outfit called Democracy Action.

Democracy Action purports to speak on behalf of “principles of equality and democracy in our society”. This is the crowd who thought Don Brash’s race-baiting 2004 Orewa Speech was the pinnacle of racial thinking in New Zealand.

These groups use the rhetoric of “democracy” as a cover-all, as if it somehow protects the interests of all of Auckland — and as if numbers justify injustice.

Unfortunately they — and other similar groups — have applied pressure in all the Right places it seems. And, last week, councillors voted 6-12 to reject automatic protection for the mana whenua sites of value.

It is hugely disappointing. While there won’t be overnight bulldozing of these areas, it means they won’t receive the automatic protection that they deserve. It means the city will move into the future ignoring not only its past, but ignoring the deepest cultural memories of Auckland. Our city will be unattached to the sites that give us meaning.

It also repeats the worst mistakes of the past, by demeaning and diminishing the values and contributions of the iwi of the city. After a long a terrible history, the city continues to not live up to its side of its foundation. We continue to be racist as, since ages ago.

This essay was originally published on e-tangata, the Māori and Pasifika Sunday magazine.