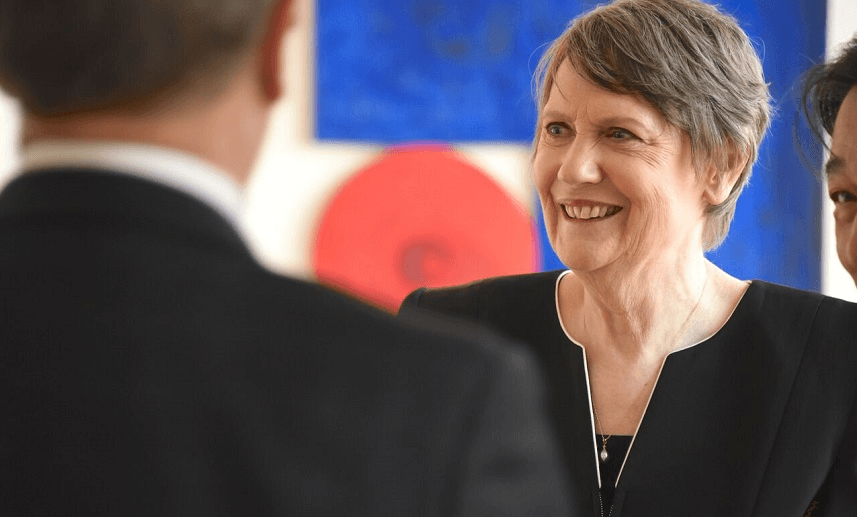 The Film Festival this weekend: four filmmakers choose their highlights

We asked filmmakers to choose a favourite from the Film Festival lineup and also tell us about their own films. This third instalment of the series features Gaylene Preston, Renae Maihi, Paul Oremland and Jackie van Beek.

Faces Places is the film I most want to see at the festival. Without its director, Agnes Varda, I may never have become the documentary filmmaker I am. I saw my first Varda film on a wet windy day at the Paramount Cinema in Wellington. Daguerrotypes: if you haven’t seen it, I recommend you do.

It begins with Agnes casually breaking the fourth wall and telling us that she wanted to make a film, but she was pregnant and mothering small children and couldn’t go far, so she decided to make a film about her block of Paris where she lives – Rue Daguerre. Her block happens to be – well, Paris, and therefore highly photogenic. She talks to the chemist and the bakers and the relationships she finds are tender and ordinary and extraordinary – and greatly appealing to me because that kind of intimacy was – and still is – unusual in our large screen film culture.

It was 1977. I was working at Pacific Films as their art director and surrounded by the documentary tradition that made Tangata Whenua (Barry Barclay/Michael King) and The Day We Landed on the Most Perfect Planet in the Universe (Tony Williams/Michael Heath). As inspirational as those films were, it was Agnes who really showed me the way.

According to history as it is now told, she is the mother of the personal documentary. But to me, she’s the woman who – as an artist, a mother, a person who is part of her community – makes films like no one else.

Agnes and I are both older now. We have nearly met on more than one occasion. Once I was visiting London and a friend of mine had just come back from Agnes’ 80th birthday. The word had gone out: everyone was welcome as long as they brought her a broomstick. A couple of days earlier, I could have grabbed a broomstick and gone to Rue Daguerre and done my best to act cool. That party is briefly in another film of hers, an autobiographical film called Beaches of Agnes. How many autobiographical documentaries have you ever come across? She’s still trailblazing just as boldly as she gets older. Inspirational.

They gave her a lifetime Palm D’Or a year or so back. I’m glad she lived long enough to receive it.

I’m also grateful that the same film festival that brought Agnes to me way back then, is bringing her to a whole new audience now, and that my own film, My Year with Helen, is snuggled into the programme just a couple of pages from Faces Places.

Renae Maihi, co-director of Waru and director of Mannahatta, recommends My Year with Helen

The film I would most like to see at the festival this year is My Year with Helen. Helen Clark is an old girl of Epsom Girls, which is where I spent all my secondary school years. I remember the day she made a school visit and I rushed out of my drama class to shake her hand as she was walking past. I admire her for what she has achieved in the world, a girl from a modest background.

When we set out to make Waru, the hunt to find two elderly Māori women to play my lead roles was exhausting. One day I drove two hours to a small town to audition a woman I had previously interviewed for another series. It was a very expensive audition and it didn’t work out, but we had a nice cup of tea and some biscuits so it wasn’t all that bad. In the end I found two cousins, one of whom had never acted before in her life and who should probably find an agent.

My other film Mannahatta screens in the programme of Ngā Whanaunga Māori Pasifika Shorts and is full of stories that would probably make any filmmaker cringe. I made it as a final piece for the film school I attended in New York. We nearly got kicked out of our pizza place location twice and one of the student volunteers lost all the footage from a day’s shoot, so I had to re-shoot – which emptied my pockets and left me with $10 for my last week in New York. We had the world’s smallest crew and in the last six hours of our re-shoot it was just me and the director of photography doing absolutely everything. Directing while adjusting a light, or holding a boom pole whilst trying to inspire performance and nail the shot, is an experience I’d rather not repeat. That said, I certainly used those skills I learnt at the film academy.

Films festivals are one of the few places where non-commercial films can flourish. We can see amazing stories outside the mainstream and the festival does a fantastic job of finding them. This year there is a wonderful selection of LGBTQ movies in the line-up.

New Zealand used to have a dedicated queer film festival but that’s gone now. As a gay filmmaker I mourn its loss. Indeed the connection between equality and a disappearing culture is a theme that I explore in my own film 100 Men. One of my interviewees says, “They’ve made us them … homogenised us,” while another comments, “I wanted equality I but didn’t want to be the same. We are unique.”

It’s this uniqueness that is under threat without our own film festivals and spaces to explore subjects that speak directly to the LGBTQ experience. But Bill Gosden and his team are doing their best to fill the gap.

This year they’ve included films that will possibly appeal just to a gay audience, like Beach Rats and my own 100 Men, though I do hope some straight people will be intrigued. But there are also films that crossover, like God’s Own Country, which has been the opening film for several of the gay festivals around the world as well as getting fantastic reviews in the mainstream.

Everyone should see this film. It’s gritty, tender, desolate, beautiful and romantic, and tells the story of a 25-year-old overworked sheep farmer in North England who feels his life has already passed him by. When his ailing father takes a turn for the worse a handsome Romanian migrant is brought in to help. The two form a deep connection and the result is a compassionate plea for unity in divisive times.

Jackie van Beek, director of The Inland Road, recommends On Body and Soul

I heartily recommend everyone go see Ildiko Enyedi’s On Body and Soul. I was lucky enough to see it at the Berlin Film Festival the day before it won the Golden Bear for Best Film. It made me laugh and cry and left me feeling that that in the time between my entering and leaving the cinema, the world had expanded.

I found it a beautifully observed drama pivoting around two lonely human beings, but I also agree with the festival guide’s description – that it can be experienced as a weird romantic comedy. Although I don’t think I’ve seen many rom-coms as sophisticated as this one.

The screening I was at took an odd turn when, five minutes before the end, the film froze, the lights came up and paramedics rushed in to revive an audience member who had fainted. Ten minutes later the lights went down, someone else fainted, and the lights came back up. There were hundreds of people in the room and I didn’t see a single one of them walk out: we all waited desperately for the film to resume, and it was worth the wait.

As for The Inland Road, my debut feature film, perhaps I share Enyedi’s interest in exploring human connection. It’s the story of a 16-year-old girl searching for a sense of belonging and has been described as a series of small moral dilemmas that encourage viewers to think about their own capacity for kindness. I guess that’s true – you decide.

For bookings and more on the festival, visit the official site. Lots of trailers are here. Don’t miss The Spinoff’s top ten festival film picks and tips on how to make the most of the festival, plus recommendations by other filmmakers here and here.