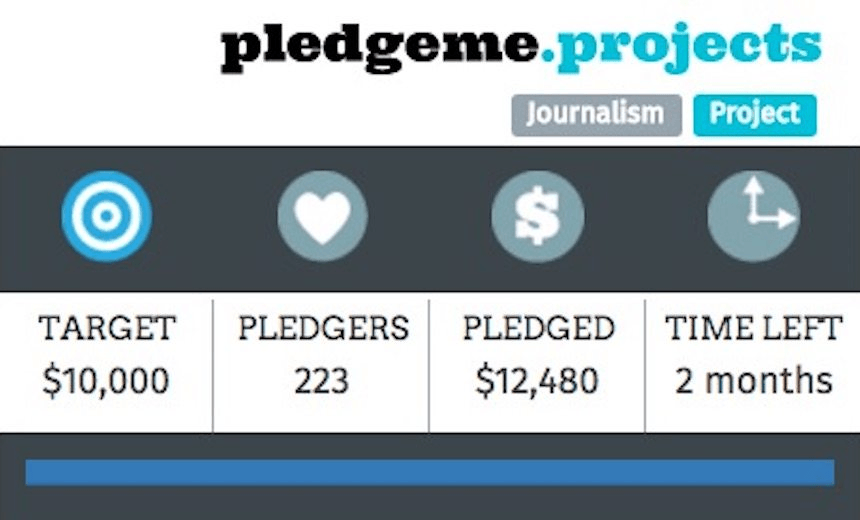 The Spinoff editor Duncan Greive writes about the response to our announcement of The War for Auckland. A version of this post was posted on PledgeMe at 6am.

Because I’m a grownup with good work/life balance, I woke up at 4.30am and checked our PledgeMe balance on my phone. When I’d gone to bed we’d edged past $8k, itself a shocking pace. Bleary-eyed and braindead, I saw that a little after 3am we had been funded. FUNDED!

This is magical and bizarre and incredibly exciting. A week ago this was an idea percolating amongst Hayden Donnell, Toby Manhire, Shamubeel Eaqub and myself – albeit one we’d been idling on for a good while. Now we have (since I first wrote this update on PledgeMe we’re up to $12,500) to wind this thing up and watch it go.

We have a stretch goal of $25,000, to which we’re halfway – and would love to get there. We’re not profiting from this – we’ll use the funds to commission more journalism, more web development, attend more meetings, write more hot takes and push more socially. Truly, the more pledged the better our chances at getting more people to pull the one lever most of us have – a vote –  in a way which helps fix this city. (Incidentally, this is explicitly not a party-political project – candidates from both the left and right have indicated support for the kind of massive intensification we need.)

One thing I love is that of the 223 who’ve contributed so far, Sayes Studio have come on board as our first corporate donor, to take the ‘brought to you by’ tag for this first week. This is a crisis which impacts businesses as much as it does individuals, so I hope other companies – large or small – also feel able to contribute.

Alongside immense gratitude and a mild hangover, the most overwhelming sensation I have right now is of responsibility: those of you who donated did so because, like us, you looked out at our cool city and didn’t like what it had become. It’s gotten gross and broken out there.

Thankfully help was already on its way even as we announced this project. Yesterday, a couple of hours after we launched, the Independent Hearings Panel on the Auckland Unitary Plan (here’s Toby Manhire’s brilliant explainer) came in. And it was fantastic.

It promises 422,000 more homes over three decades. That’s a lot. So many, in fact, that it is intentional oversupply – which logically would bring prices down. This idea, so radical as to be unutterable in the public sphere until very recently, has now been recently uttered by an ex-governor and ex-chair of the Reserve Bank and the leader of our third-largest political party (even if their erstwhile partner did fearfully walk away from it immediately). Great!

The plan basically looks a lot like a city with enough room to accomodate its citizens, and creates huge volumes of new housing in a style they might afford. Seems fair.

But as great as the recommendations are, they’re going to piss off a lot of people. The eastern suburban NIMBYs with the cool Facebook URL, the 20%-a-year-taxfree-is-nice-thanks landlorders, that English couple the Herald can’t stop calling, Dick Quax etc etc. They’re going to try their hardest to resist these entirely sensible and well-thought through recommendations.

And we will cover that process with a rare intensity. Because it matters. And because we can, thanks to the incredible generosity and faith shown by you all. It’s deeply humbling and extremely energising. We hadn’t realise it would happen at all, let alone so quickly. So we’re scrambling to get a volume of work coming through (please be a little patient while we crank up the War machine). We have already put Tim Murphy on to today’s Governing Body meeting, and have a podcast featuring Leonie Freeman, Shamubeel Eaqub coming tomorrow. And from next week, there’ll be plenty more besides…

The first fruits of this project, in case you missed them:

The War for Auckland is a Spinoff pop-up section devoted to the 2016 Unitary Plan and local elections. To support our journalism, click here. If you want to help but can’t afford to contribute, the cheapest way to help is to like us on Facebook. Just means we have to give Zuckerberg less to reach you.