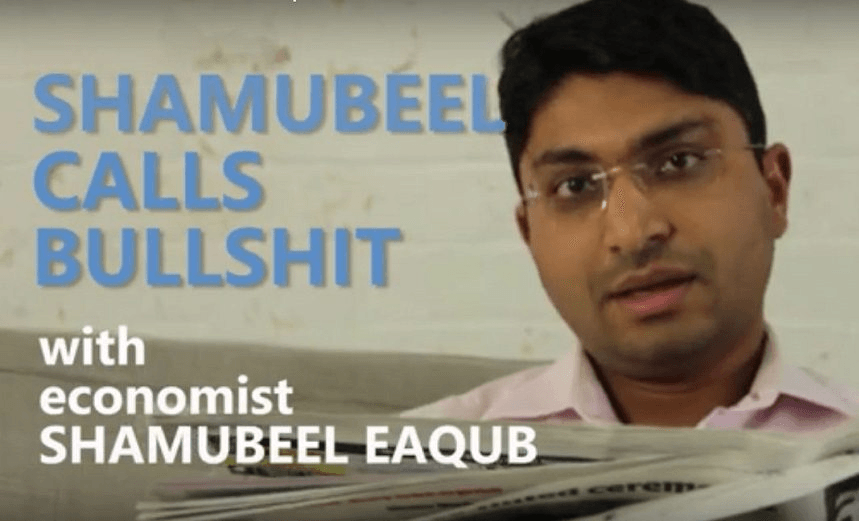 Today we introduce a new series, ‘Shamubeel calls Bullshit’, in which prominent economist Shamubeel Eaqub swears at people who say moronic things about the Unitary Plan, the housing crisis, and the local body elections.

Shamubeel Eaqub isn’t given to fits of rage. But even the most self-controlled economist can be driven mad by a bombardment of bad opinions, and the Unitary Plan debate is producing them in industrial quantities. To help him vent, we set up a new series where he calls bullshit on the stupidest stuff he sees in the media, on the internet and anywhere else it might sprout.

In this first episode, he responds to St Heliers-Glendowie Residents Association member Robert Johnston, who told the Herald the Unitary Plan, which is the product of more than 10,000 public submissions, and three years of political debate, has been “absolutely devoid of any democratic process”.