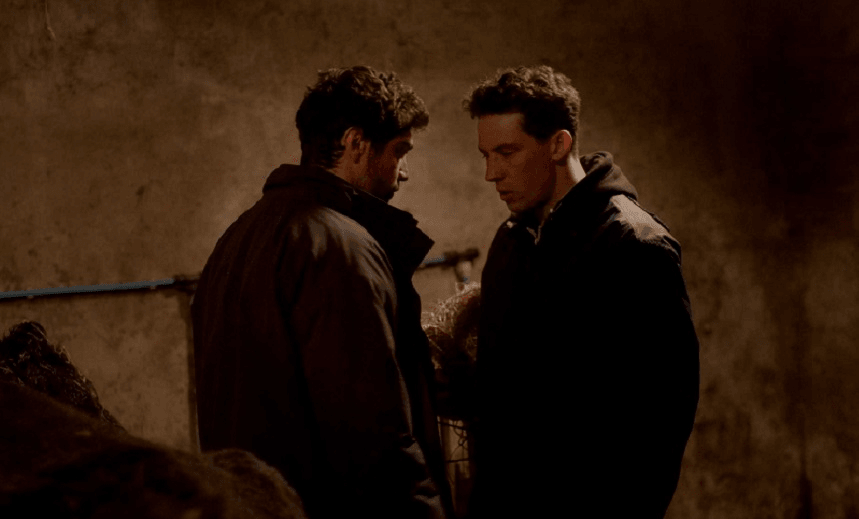 Camaraderie in the dark: On watching gay movies at the film festival

Each year the New Zealand International Film Festival brings gay-themed movies to an audience. David Herkt explores this history, what it means, and one of this year’s featured movies.

A personal history is also, inevitably, a history of movies seen. Exploration of one’s own sexual desires will often occur through movie characters and movie plots.

Whereas television will offer authorised versions with sexual variance buried deep in a sub-text or dealt with in flat caricature, movies have traditionally provided a deeper, more subtle experience. They have been far more nourishing for the human psyche.

There is also something unique about attending a gay movie with a largely gay audience – or at least people drawn by the subject matter. It is a camaraderie in the dark. Laughter comes at different places from a movie with a predominantly straight audience. As do the fears and tears.

There is a secret sharing that happens in ways that do not occur at other times, in other places.

I saw my first Rainer Werner Fassbinder movie, Fox and his Friends (Faustrecht der Freiheit), at the 1975 Film Festival in Wellington, where Germany’s most famous gay director played Fox, a working-class former circus performer, down on his luck.

He meets two gay men from a different and superior social milieu, but when Fox wins the lottery, the movie becomes a hard and cynical depiction of how he is fleeced.

Then there was To an Unknown God (A un dios desconocido), where a discreet homosexual, a middle-aged professional magician, comes to terms with his past which involved an adolescent affair and love for the celebrated poet Federico Garcia Lorca in 1936, during the Spanish Civil War. In my own memory, it is a movie of shadows, darkness and window-grills, accompanied by the sound of Granada’s fountains and with all the poignancy of lost times never to be recovered.

Derek Jarman’s Sebastiane from 1976, is the only movie ever to be entirely made in Latin, and was another festival offering to make an impact. It was set in the Roman Empire, where the emperor’s boyfriend, Sebastiane, is exiled to a remote outpost because of his new-found Christianity.

While the other soldiers manifest an uninhibited enjoyment of each other’s bodies in slo-mo bathing scenes set to music by Brian Eno, Sebastiane’s ecstasies are more religious. A curious mix of pagan vision and Christian denial, it was an idiosyncratic look at another era.

And, more recently, how could I forget Beau Travail in 2000. Claire Denis‘ movie is loosely based on Herman Melville’s novella, Billy Budd, and set in a Foreign Legion outpost in Djibouti. Composed against a stark East African landscape, it is a story of jealousy and repressed passions that ultimately lead to destruction. The rigid rituals of military life are contrasted with the emotional immaturity of the ‘squaddies’ in a balletic visual movement.

These are gay movies I would never have seen without a film festival showing. They are part of my history. They have defined and refined me. And films like them have sustained and challenged the inner lives of many gay men.

Movies provide dreams in which we can experience worlds we have not found, lives we have not known, and stories we can to compare our own. They are an education in the dark, and as the poet Delmore Schwatz wrote, ‘in dreams begin responsibilities’. We grow through them.

As if to provide an example, one of the gay-themed movies on this year’s Film Festival roster is God’s Own Country. It isn’t the Foreign Legion in Djibouti or some outpost of the Roman Empire. It is the work of a young first-time director from Great Britain.

Johnny Saxby, a young Yorkshire sheep farmer, is condemned to life on a farm he hates. He has taken to binge-drinking and bouts of rough-house sex with other men. However, the sudden paralysis of his father means that he must take responsibility for the farm. His mother and grandmother insist on the hiring of a young Romanian migrant worker, Gheorghe Ionescu, to help out. And Johnny finds his already precarious internal life is upended.

At first it is manifested in his disdain and antagonism towards the interloper. Then he must deal with the fact that their shared life has other consequences, including the discovery of his attraction for Gheorghie.

With its physical visuals and the intense focus on two men’s lives and the rugged land they farm, God’s Own Country is deftly directed by Francis Lee, who was himself raised in the Yorkshire countryside. One reviewer has called it “a romance which soars… an irresistibly hopeful flight”.

God’s Own Country has been the opener for several gay movie festivals. Without movies like this, there are parts of life and living we will never see reflected in cinema. They are mirrors and explorations of who we are. They are the dreams where we live other lives and supplement our own.

God’s Own Country: August 2, 3 in Auckland and on other film festival dates around the country. Director Francis Lee will be present for a Q&A after each Auckland screening.