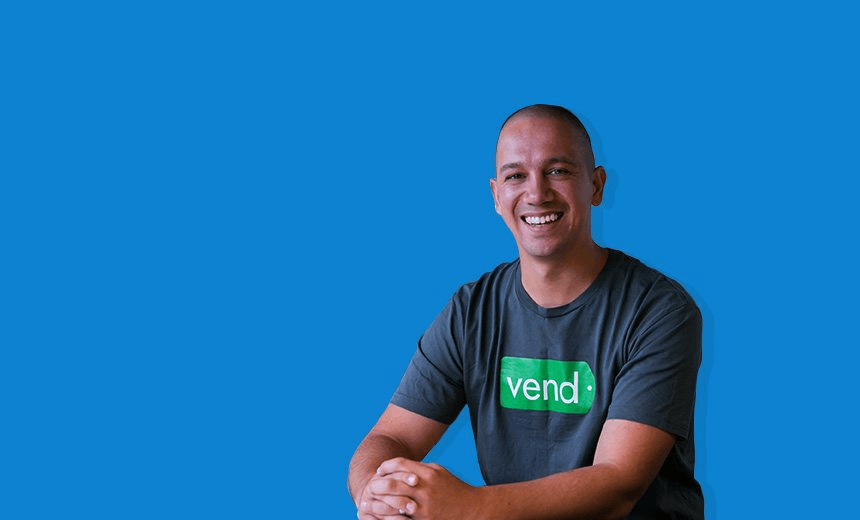 Today’s guest has built a career doing all the things that a show like this reckons the economy needs more of. He’s gained international knowledge, studying at Oxford as a Rhodes Scholar, worked at the world’s top consulting firm, McKinsey, and brought it home to take executive roles at the kind of companies that are helping us move past milking cows, cutting trees, and fouling our rivers to get growth.

In fact, Alex Fala has specialised in fast growing companies. Contributing on the exec of some of our best rocket ships, TradeMe, Les Mills International, , and more recently as the CEO of Vend. What happened there is something that is common for fast growing companies, where the founding CEO Vaughan Rowsell decided that as the company got to a very large size, with 200-odd people around the world and operations in five countries, it was time to get a specialist in to make the most of the opportunity. Vaughan’s now focusing on the product with all his energy, while Alex is focused on the company.

I’ve been at Vend for three years and have been able to see this up close, and also see the maturation of the company with the change from the kind-of pirate hackers that start things through to the specialists that take them to the next level. It’s been fascinating for me as a fan of business and so I asked if we could do something a little unorthodox and have my CEO on the show.

Being CEO, what does it involve on a day to day basis? We talk a lot about founders or people making it up as they go along, but the institutional knowledge and actually having frameworks to draw on, are what takes people from, like the Xero journey, just finding some traction and then suddenly they’re a $2 billion company with a couple hundred million dollars of annual revenue.

The CEO role is a weird role. There’s not really anything that prepares you for it and different people do it in different ways. But it’s probably got a much looser job description than most of the other roles around the organisation. Because a big part of what I’m doing day to day is thinking about what the right thing is for the organisation and thinking about how all those different pieces work together. So a lot of the work that I’m doing is really trying to gather information which tells me what’s really going on here so that I can act.

I might be reading reports or I might be just walking around the offices talking to people, reading business books which give a different perspective on our business. There’s all of those kind of things. The question in my head is ‘what are the priorities?’ And then ‘how can I make targeted interventions to try and make them happen in the business?’ But at the same time, nobody wants a CEO who’s sort of standing over their shoulder all the time and telling them what to do. There’s a lot of thought about what’s the right thing to do, and then what’s the right way to communicate so you can move an organisation without micro-managing. Pulling those things together is definitely an interesting challenge.

Was it something you’d always been interested in, in business? You went to uni and studied finance. Had you as a young kid thought being a CEO was the way?

I don’t know that any kid sits there at age five and says ‘I want to be a CEO.’ I think I wanted to be an All Black, like many kids in New Zealand. Honestly, that’s what business is for me. I realised only recently, in my late 30s, that I was probably never going to play for the All Blacks.

They’re suddenly all younger than you and you’re like how did that happen?

Exactly. There’s guys my age making it into the NBA Hall of Fame, it’s like wow. So for me, business is the opportunity to do something for this country and take on the world. And that’s the reason I chose these kinds of companies as well. So that’s sort of how it’s evolved. Did I aspire to be the CEO? Yeah, but I wasn’t in a rush.

It’s funny because I grew up very, very driven and had sayings in my head like ‘make your own luck’, and I think those are all very important. But over time I guess I became much more zen about the way I managed my career and how I made things happen. So first of all, it was always really important to me that my ambitions never outweighed my desire to do great things for the company. I’ve always tried to put the company first and then trust that things will happen for me. Then at more of a personal level, I thought it would be great to be CEO of a company one day. But you can’t kind of make that happen too much.

I love the surfing analogy for careers. You can make yourself a good surfer but then after that, to a certain extent, you’re waiting for the right wave to come along and choosing the waves you jump on is also a skill. So you need to get better at understanding what the right waves are to jump on. But then after that you just need to be ready for when the opportunities come and the opportunity at Vend for me came probably a little earlier than I’d expected but it was certainly one that I was ready for.

Business is Boring: Employee experience and why it’s so important

Podcast | Simon Pound talks to Samantha Gadd about how HR is changing, and why she's starting the Employee Experience Design School.
By Simon Pound
Business is Boring boss