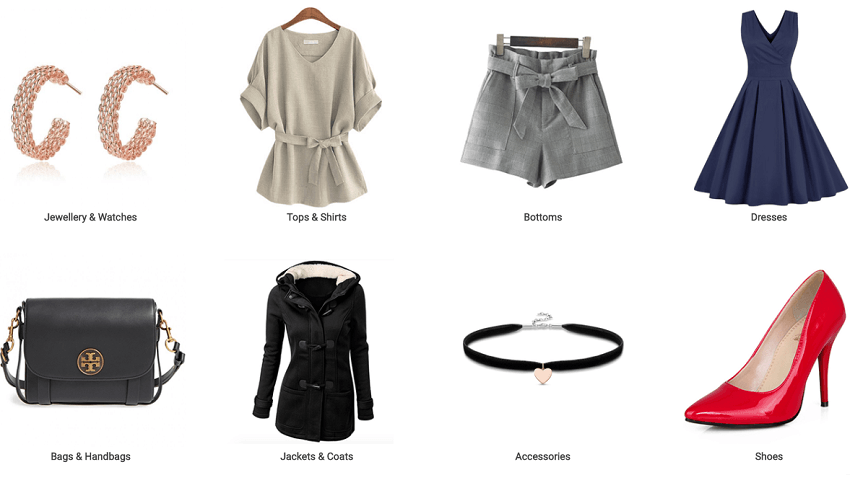 How e-commerce platforms can allow you to build a business from your bedroom, and why Trade Me now has some serious competition.

Gone are the days where Kiwi businesses relied on bricks and mortar to sell their products. Today it’s normal to solely operate a business online. Online tools like e-commerce platforms and dropshipping applications make it possible to ‘build a business’ on the cheap, and without much risk.

E-commerce platforms are software which allow you to build and manage storefront websites and manage your sales and operations. You can sign up to these platforms via monthly subscriptions which are relatively cheap. Nominal transaction fees are also charged every time a customer purchases an item from the store.

Some of the big e-commerce providers are Shopify, Squarespace, Wix and Big Cartel. These providers don’t just cater to start-up businesses, but also to more established New Zealand brands such as Good as Gold and Walker & Hall. Lip kit mogul Kylie Jenner utilises Shopify. She learnt her lesson back in 2015 when her original website crashed within minutes due to high demand for her product. Shopify’s infrastructure is designed to be able to prevent websites from crashing when millions of people visit at once. Talia Richardson, partner manager at Shopify, notes that Shopify powers 600,000 merchants worldwide across 175 countries, from small businesses right up to Fortune 500 companies.

Wellington is Shopify’s first remote hub in Oceania; it has plans to hire more than 100 support staff in work-from-home roles over the next year. Shopify says it’s dedicated to supporting their New Zealand merchants, and an important part of that is having accessible customer support so local entrepreneurs can start and scale their businesses. Richardson says there’s been a big shift in the retail landscape in New Zealand in recent years. A lack of domestic options and high prices led an increasing number of consumers to buy from overseas, which then forced local retailers to reconsider and improve their e-commerce strategies. From 2016 to 2017, Shopify sales from New Zealand merchants grew 87%.

Importantly, e-commerce platforms are more than just website builders. They can track stock levels and automate the process of sending invoices and shipping notifications. They also allow third-party app integration so you can utilise marketing tools to gain insights into your client base, or target customers with abandoned carts. Honestly, these apps can do nearly everything except make you a coffee.

But what about choosing and purchasing stock? That’s where dropshipping, a popular choice among up and coming Kiwi e-commerce enthusiasts, comes in.

Richardson says that because a store doesn’t keep the product it sells in stock, the barrier to entry is much lower. These days it’s possible for almost anyone to start their own dropshipping business. Dropshipping is also increasingly popular among major retailers and marketplaces – as a result, many of us own products that have been dropshipped but don’t even know it.

There is, however, a downside to dropshipping. Because you’re competing with big players and other dropshippers in your niche, you can end up operating on unsustainable margins. And if there’s a problem with the product or it gets lost in transit, you’ll bear the brunt of customer complaints as you’re still liable to resolve any issues.

However, New Zealand dropshippers can still perform well if they promote themselves as a reliable and trustworthy local business rather than looking like another storefront for AliExpress. And of course purchasers can be assured that they’re protected by New Zealand’s Consumer Guarantees Act and can seek customer support in the same time zone.

One Kiwi dropshipper I talked to said that when they started their online business in 2015, they wanted to create a low-key, low-risk hobby that could compete in price with big retailers such as Healthpost and Amazon. That business has now evolved and grown to a point where the owner can invest in physical stock.

Over the years, online challengers to Trade Me have emerged but inevitably failed in the face of the giant website’s overwhelming dominance. But now a number of new companies are gaining traction by redefining the traditional meaning and function of the online marketplace. It’s even possible that Trade Me has hit its peak, making space for these new companies to grow.

One of these fast-growing marketplaces is the 100% local-owned AllGoods. Since their soft launch earlier this year, they’ve already attracted 50,000 listings with more than 500 retail stores on board. AllGoods will be releasing a mobile app in the next couple of months, ensuring they keep up with the growing number of New Zealanders purchasing on their cellphones.

AllGoods co-founder Brad Meredith is well aware that attempts to take on Trade Me have typically ended in failure. But he says he doesn’t consider AllGoods to be a direct competitor to Trade Me, pointing to the unique way their secondhand and brand-new goods are presented on the site. Meredith also notes that the average Trade Me user’s age is 43, suggesting that millennials are looking elsewhere for a more modern purchasing experience. This is supported by Google Trends which shows a decline in Trade Me’s website interest – 300% lower than in 2013 and the lowest it’s been since 2005. In comparison, AllGoods’ sales volume is doubling roughly every three weeks. Since their soft launch they’ve had approximately 300 new listings every day.

Importantly, AllGoods devotes time and resources to ensure that individual sellers and stores are shipping inventory from New Zealand, removing from their platform stores which ship from overseas. AllGoods users are therefore assured that their products will arrive fast and that they won’t be hit with unexpected import taxes. In comparison, Trade Me allows approved sellers to dropship from overseas.

Meredith notes that AllGoods doesn’t allow sellers to list duplicates of their own products. This is a problem that’s plaguing Trade Me – sellers create duplicate listings to increase the chances of a sale. AllGoods allows stores to create one listing with multiple variations so that you choose the colour or size of the item at the checkout. The end result is an easier buying process, as you don’t have to scroll through pages and pages of almost identical items.

While AllGoods caters to the public who can sell things for free, they’re also currently focusing on onboarding existing retail stores who use Shopify. By using a Shopify and AllGoods integration app, stores that are powered by Shopify can set up customisable storefronts on AllGoods with their own URLs in less than 15 minutes. Stores can feature particular products, create offers, and make posts that show up in their followers’ news feeds. The stores get all of this with the added benefit of being part of a larger marketplace and search engine. Meredith says he’s proud that stores selling on AllGoods pay lower fees than stores selling on Trade Me, which has resulted in many stores offering lower prices. It’s a win-win situation.

AllGoods appears to be evolving and responding to market demand in order to keep and grow business. Have they cracked the code? We’re watching closely.

You share your home with strangers via Airbnb, and in some parts of the world you can carpool via Uberpool. So what about sharing clothing? The rental or sharing economy is the next big thing in fashion. It’s a concept that’s already popular overseas, and is now catching on in New Zealand.

Hire Society was founded by Aucklander Anna Minnery. Describing herself as a ‘designer collector’, Minnery’s rental fashion collection is growing. Her company’s niche is one-off samples and iconic out-of-season garments that can’t be found elsewhere.

Minnery’s reasons for founding Hire Society are admirable. She was raised by a single mother in state housing and attended decile 10 schools in central Auckland. There was a noticeable income gap between her and her peers, and she says she was often anxious about fitting in at social events. When Minnery’s first school ball came around, she didn’t want to buy a dress for hundreds of dollars that would only be worn once and end up gathering dust in her closet. So she turned to Facebook and a group named Walk in Wardrobe where she found a Sass & Bide dress to rent for just $60. She repeated the process for her other school balls and voila, an idea was born.

According to Minnery, the sharing economy has done huge things to improve social inclusion. Nearly anyone can hire a garment, for example. Wedding guests don’t have to break the bank on a different outfit for every invite over the summer wedding season, and schoolgirls can attend multiple balls without worrying too much about finances.

It’s clear that renting clothing is cementing itself amongst New Zealanders, and it’s making me wonder if my walk-in wardrobe is soon going to be out of date – not the clothes themselves, but the concept of buying clothes at all. The fashion industry is open to innovation; who knows what’s next?

The online retail space in New Zealand is booming. Fast-developing tech and new innovations to fill market gaps are getting more and more people and businesses involved in retail, often for the first time. And if they can help traditional brick and mortar stores catapult their online presence, it may be a win-win.