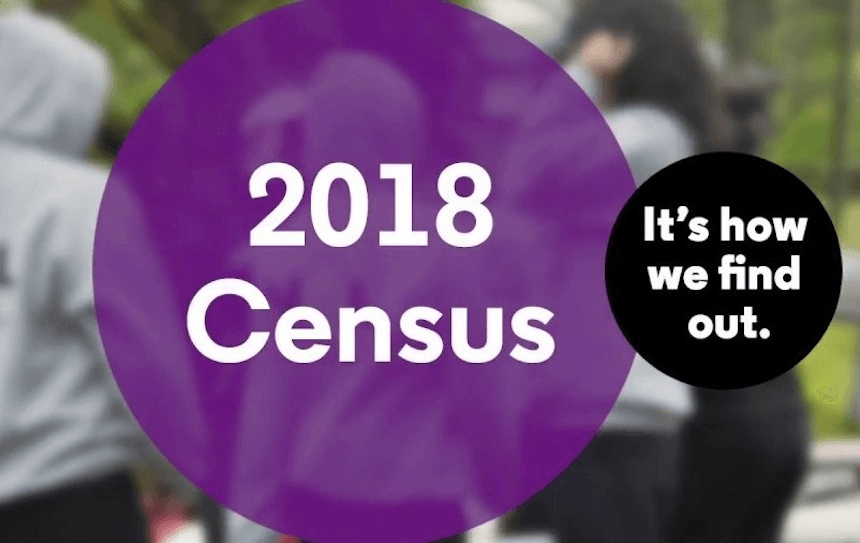 WTF is happening with the census?

It happens every five years (unless there is a major disaster), it helps to guide what we spend billions of dollars on – but did you know it was happening today? Rebecca Stevenson finds the census is causing concern.

There is an envelope on my mantelpiece which has “census” on the front of it so I knew the census was happening. Oh, and lots of people on my Twitter feed are complaining they didn’t know it was on and haven’t seen any ads for it anywhere – not on Twitter, Snapchat, Facebook, bus shelters, telly, anywhere. The Spinoff did an informal social survey and of the 194 people who responded in two hours about 40% of those had not seen one single bit of advertising for the census.

Those that did know about the census seem divided; it is either the easiest census in the history of the census and gives our ridiculously efficient passport system a run for its money, or it’s the worst government project since Novopay.

Usually the census passes with nary a controversy in sight – what’s changed?

Technology of course. This will be New Zealand’s first census where most of the information will be submitted electronically. Government Statistician Liz McPherson breaks down the changes: “This year, instead of people delivering paper forms to every household and then coming back after census day to collect them, Stats NZ will be sending or delivering access codes for every household to go online – and only following up with the households that haven’t taken part after census day.”

Already about 1.2 million New Zealanders have filled it out online, and Stats NZ has a target of 70% of the data going through the new online system which seems high, but probably reasonable, until you discover the current world record for online census completion is reportedly 68%.

Like anything new there appears to have been some teething issues; some people have complained they didn’t get access codes (including some of us at The Spinoff), people with visual impairments are struggling to get codes they can use, others don’t have access to the internet or a device and are worried they will miss March 6 (official census day) although you can still fill out a paper form if you so choose. Then there are just the usual customer service phone line complaints; the operator couldn’t/wouldn’t help/fix my issue.

Libraries, schools and community centres are stepping into the breach with many offering not only the internet and devices to use, but HUMANS to help walk you through it. Bless. But only if you have your code. The team running the census are reassuring us that in actual fact it’s all going to plan, this is the plan, going to plan. Actually. If you want to see a really bad census, check out the mess the Aussies made of theirs.

How do we know our system is robust? Liz McPherson again: “While it is on its way, all the information you submit will be encrypted from your browser to our system, and can only be unlocked once it is received by Stats NZ systems. Once we have received it, both the data and the ‘pipe’ it travels through to our servers (where it is stored) are also encrypted. We’ve also put a global web security system in place to do everything we can to protect our systems from malicious attacks.”

Don’t believe it? “We’ve completed testing at every stage of the system build – this includes penetration testing conducted by external security partners. We’ve also run three public tests, involving thousands of households since 2016, to test how our new processes works – from sending out the letters and seeing how people complete the online forms, through to assessing how the data flows through the system to our servers.”

But some eagle-eye technology types have spotted a possible problem with all that testing. They’ve uncovered some script on the landing page of the online census called Crazy Egg. In short, Crazy Egg tracks your movements across a webpage and then creates a heatmap showing how you navigated the page – it’s useful because seeing how people work their way through a page can highlight what works on the page from a user’s experience, and what doesn’t.

This script throws up some privacy concerns; developer Merrin Macleod said on Twitter “it records screens (causing privacy issues) – and there’s pretty good reasons in security-critical things like the census to not use third-party JS (javascript) at all, it’s a common vector for attack”. But Stats NZ says Crazy Egg was used in the development and testing phase of the census test website in early in 2017. It says Crazy Egg is user-pays, and it hasn’t paid to use it since testing ended in April 2017 – the script was left on the site in case further user experience investigation was required (but it has not been).

But another industry source says having it on the site now it’s live makes little sense. “The risk of course is that a malicious person modifies the script by intercepting the contents before you see it. With that they could pretty much do what they like. The only saving grace is that it only appears on the landing page, so the likelihood of personal info being collected is low. Unless they make changes to your browser/computer with their malicious script (which is possible) and then they get everything.”

So what’s the deal with the advertising then? Surely there must be a huge ad campaign for the biggest and most comprehensive data collection exercise we undertake as a nation that helps to determine public services, funding and tells us about ourselves?

Well of course. Ad agency Clemenger BBDO got the contract to promote the event, and Statistics New Zealand says advertising and marketing costs have been budgeted at $4.476 million. This covers all advertising costs and media space print, television, radio, internet and “out of home” – billboards/buses/AdShells and production of all marketing materials.

The rest of the budget went on campaign development, creative identity and positioning – the “Let’s find out” slogan for example – testing and research, production of all advertising assets including billboard skins, TV ads, letters, education materials (easy read guides) and project management.

But despite all this, it appears the marketing may have missed its mark for some of us, unless you are a huge fan of comedian Cori Gonzalez-Macuer and also are on Instagram.

Why is that you ask? Well, he appears to be an ‘influencer’, selected to push out the message to young people (a.k.a those in flats) to get them to fill out the census and maybe win one of 100 bluetooth speakers on offer. Putting aside the fact he says he’s never done the census before, (each of us is legally required to fill out the census, no ifs buts or maybes) I came away asking myself if it was an ISIS proof of life video, and whether anyone has checked on Cori lately? Grim. Also, the posts had nothing which identified whether they were ads, or sponsored posts, tut tut.

And yes, we all *have* to do the census; it is the law under the Statistics Act 1975. Now, before you think they’ll have to catch me first, na na na na na na, after the last census in 2013 almost 100 people were referred to District Courts for prosecution with 46 convicted and fined between $50 to $500.

And it does matter. Communities that are under-represented in the census may miss out on funding, for example, which is why there’s excitement that the census includes a new question asking about how much difficulty Kiwis have with some common activities. The Human Rights Commission says the new data “will improve everyone’s understanding of the ways in which disabled people’s lives differ from those of non-disabled people”.

Businesses also use census information for their planning as do industries as a whole, and it also helps to inform how much money is spent on roads, schools, hospitals, etc. No biggie.

So we should all get cracking and do it (if you can). It would be tidier if everyone got it done by the end of today but if you don’t it’s not a major – unlike in previous years where it felt like the day was the THE DAY and if you missed it you missed it, you will still have time as the census will likely close off some time in mid-April. Probably.