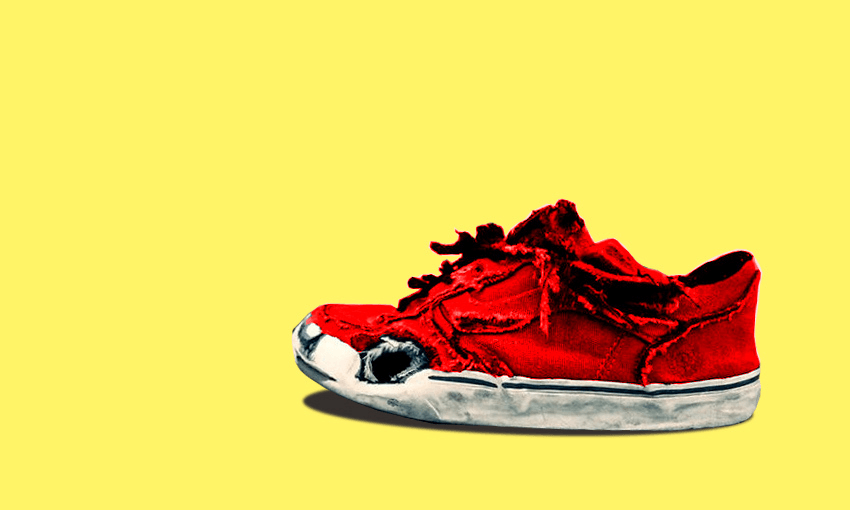 Will more money for struggling families put a real dent in child poverty?

The government has announced a new support package for families as the impact of Covid-19 begins to bite, but its progress on reducing child poverty looks shaky. Is it doing enough? George Driver investigates.

Eliminating child poverty was one of the key planks of the Labour Party’s 2017 election campaign under its new leader, Jacinda Ardern. So on Saturday, as the party held its first conference since winning a historic majority in parliament at last year’s election, it was fitting that child poverty was the key – in fact only – policy announcement.

However, almost immediately the announcement was roundly panned. Child Poverty Action Group (CPAG) said the increases were mostly a scheduled inflation adjustment – the Family Tax credit hadn’t increased in four years and must, by law, increase to keep pace with rising prices. Accounting for inflation, it would mean just an extra $5 a week for low income families. Children’s commissioner Frances Eivers said, while welcome, the boost didn’t go far enough.

On the other hand, some said Working for Families payments shouldn’t increase at all. Act Party leader David Seymour said it was another government handout “taking New Zealand down a one-way street to greater debt and dependency” and the government should cut taxes instead. National’s social development spokesperson Louise Upston also jumped on the tax cut bandwagon, claiming the boost would only lead to more people being trapped in welfare dependency.

So is the government on track to halve child poverty, as promised, or are its policies to date woefully inadequate – or government overreach?

Just three weeks after becoming the Labour Party leader, Ardern announced a goal of eradicating child poverty at the party’s 2017 campaign launch. A couple of weeks later during a live debate both Ardern and then National Party leader Bill English committed to lifting 100,000 children out of poverty by 2020.

The headline target under the act is for child poverty to more than halve by 2028, and the first intermediate target was to reduce child poverty by about a third, depending on the measure used, by 2021.

Some bold steps were taken early on. Shortly after being elected, the government announced a $5.53 billion families package which included a boost for Working for Families payments, a new $60-a-week Best Start payment for babies and increased paid parental leave. Benefits have also been lifted since. But progress towards the targets have so far been underwhelming.

The second batch of child poverty stats, released in February, show some progress depending on how you slice the figures.

All three headline measures dropped between 2018 and 2020 – but two out of three measures increased between 2019 and 2020, albeit by a small amount (0.1% and 0.3%). A significant portion of the reductions also appear to be due to a change in methodology, which included “better aligning” the figures with Working for Families payments.

Of the six supplementary child poverty measures, three increased and three decreased in the nine months to March 2020 (it was meant to be the year to June, but the lockdown ended the survey early). But overall, all of the measures had declined since 2018, although mostly around the margin of error.

It should be noted that there is a long lag time in the statistics. Child poverty figures are based on a survey that is carried out throughout the year, asking households about their economic position during the previous 12 months. So the figures released last year cover people’s circumstances from July 2017 – before Labour was elected – to June 2019. This means any changes in child poverty take some time to show up. But even then, a small increase in two out of three headline measures in the most recent survey isn’t promising.

So is the government on track to meet its child poverty targets?

This year’s child poverty report said the government had already met one of its interim targets, but it would miss another target and it wasn’t possible to predict whether it would meet the third target, although it looked roughly on track.

The second measure looks at poverty rates based on a 2017-18 baseline, which isn’t sensitive to changes in the median income, and by this measure the government had already exceeded its target of reducing the measure from 22.8% to 18.8%.

The third measure, material hardship, looks at how many kids have to go without basic items. There are 17 items in the list – including having two pairs of shoes, “suitable clothes for important or special occasions”, presents for special occasions, and whether children have to go without doctors visits or fresh fruit and vegetables. If children miss out on more than six of these they are counted as experiencing material hardship. On this measure, the government looks on track to reduce it from 13.3% to 10.3% this year, although Treasury says changes in material hardship are hard to predict and projections aren’t possible.

Looking out to 2028 and the government will miss all of the targets without significant further action. And we will have to wait until next February for the figures to see whether the 2021 targets were met in practice.

The impact of the pandemic, however, could throw the little amount of progress completely off track and many are calling for more drastic action.

Economic growth and unemployment have been far better than expected. Early in the pandemic, Treasury expected unemployment to reach nearly 10%, but it peaked at just 5.3% and is now 3.4%, the lowest rate since 2007. GDP has also surged 5.1% in the year to June.

But a lot of the income gains have been eaten up by inflation, which hit 4.9% in September and there are signs that those at the bottom are struggling even more.

The Auckland City Missions says demand for food parcels doubled in the year to June and the Child Poverty Action Group (CPAG) believes 18,000 more children have ended up in poverty since the pandemic began.

“Sure, on some figures things might not look so bad, but the anecdotal evidence of queues at food banks and demand for social services and extra assistance tells us that the lowest income families have done really badly,” St John says.

In this context, giving families an extra $5 or $10 a week after inflation isn’t even treading water.

So what should be done?

That would cost an estimated $500m a year, but would see the poorest families benefit, without an expensive increase to the amount paid out to wealthier families, who already get the $72.50.

“That’s a really cost effective way to help the poorest children because none of it leaks up the income scale.”

The government is reviewing Working for Families, but it’s not yet clear what changes are being looked at.

At the other end of the political spectrum, the parties on the right are calling for tax cuts – but it’s not clear how this would help children out of poverty.

The Act Party’s tax policy would reduce only the top three tax rates, which would benefit only those earning above the median income.

Median income from all sources was $40,040 in the June quarter.

At the last election, National proposed shifting the tax thresholds which would see those on low incomes get a $10 tax cut a week, while those on $70,000 would get an $62.

“If you expect a sole parent with five young children to go back to full time work and free themselves of the benefit system, it’s not going to happen.”