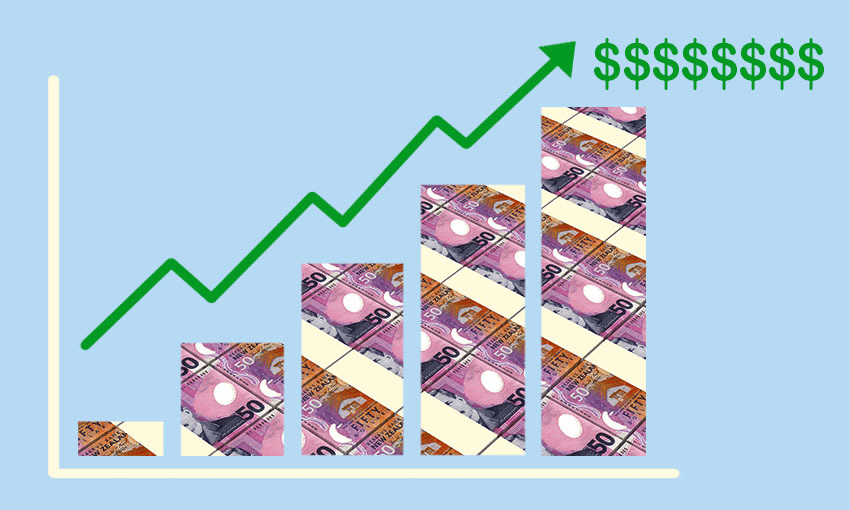 There’s no downside to raising the minimum wage

It’s October. So it must be time for the annual game where economists guess how many jobs will be lost as a consequence of the next minimum wage rise.

We hear the same warnings every year. Generally speaking, white men in suits (like me) will claim that minimum wage increases will cause people to lose their jobs or lead to fewer jobs being created. MBIE said last year that the move to $20 an hour would lead to 9,000 fewer jobs being created. The New Zealand Initiative said we should roll back the 2020 minimum wage increase and stop future increases.

It always pays to be suspicious when people tell the lowest paid in our society that they shouldn’t get any pay rise “for their own good”. So let’s have a quick look at what has happened since that last minimum wage increase. Unemployment has fallen – from 4.6% to 4%. It’s lower than a year ago. In fact, it has continued to fall every year over the past three years, during which the minimum wage has increased by more than 20%.

Far from the $20 minimum wage causing businesses to lay off staff – they are complaining that they can’t get enough workers. Now, new research by economic think-tank NZIER has shown that increasing the minimum wage hasn’t hurt small businesses and has no significant impact on employment. NZIER’s Peter Wilson said to RNZ: “The evidence, particularly internationally but also in New Zealand, is that no, the minimum wage doesn’t have large impacts on employment.”

In fact, NZIER estimates that the minimum wage could be as high as $25 an hour and still be in what it refers to as the “Goldilocks zone”. This is where minimum wages are not so high that they seriously impact businesses or job creation. That’s above the current level of the New Zealand living wage of $22.75, which is the hourly wage a worker needs to pay for the necessities of life and participate as an active citizen in the community.

NZIER also found that (unsurprising to anyone who isn’t an economist) higher minimum wages mean workers are happier, which helps them be more productive. This is a point that is often overlooked – countries where labour is cheap don’t bother to invest in capital and productivity, and they remain poor; countries where wages are higher value their workers more and invest to get more out of them, which boosts the whole economy.

This aligns with research by the experts at Motu earlier this year, which looked at 20 years of New Zealand data and concluded there is “no clear evidence that increases in the minimum wage have led to adverse employment effects”. For all the warnings about the bogeyman of minimum wage-driven job losses, it turns out he just doesn’t exist.

But what about price increases? What, say critics, is the use of increasing the minimum wage if it only puts up prices? National MP Chris Luxon complained earlier this year that an increase in the minimum wage would put up the price of his takeaway coffee. A quick look at the statistics shows he’s right. The average price of a takeaway coffee goes up every April after the minimum wage rise like clockwork… by about six cents, or about 1.5%, which is less than the general rate of inflation in the economy.

If the minimum wage had been frozen this year, then Luxon’s coffee might cost on average six cents less, but the barista serving him would be making $2,000 a year less as a full-time employee. And while Luxon’s coffee may be slightly more expensive, he should spare a thought for those on the lowest incomes in New Zealand. Over the past 10 years the poorest households in New Zealand have seen an inflation rate 40% higher than those households with the highest incomes.

Without the lifts in the minimum wage that we have seen over the past three years, the real income of minimum-wage workers would be going backwards. Is this the kind of reward that we want to give to those essential workers like supermarket staff, cleaners and security guards who were working during a pandemic or, indeed, any time?

What is clear is that the steady but important increases we have seen in the last few years are not hurting businesses, costing jobs, or increasing prices on any significant scale. In short, the economy is better off because of them. What is also clear is that many low-income households across New Zealand will have been helped by the added $8,500 a year for a full-time minimum-wage worker since 2017.

The government has now made good on its 2017 promise to increase the minimum wage to $20 an hour. They should continue with increases in the years to come and ignore the inevitable siren voices calling for a halt. All working New Zealanders should be able to live a decent life from their wages – and the aim over the next few years should be to lift the minimum wage to at least the level of the living wage. Even if this does add a few cents to the price of a takeaway coffee.