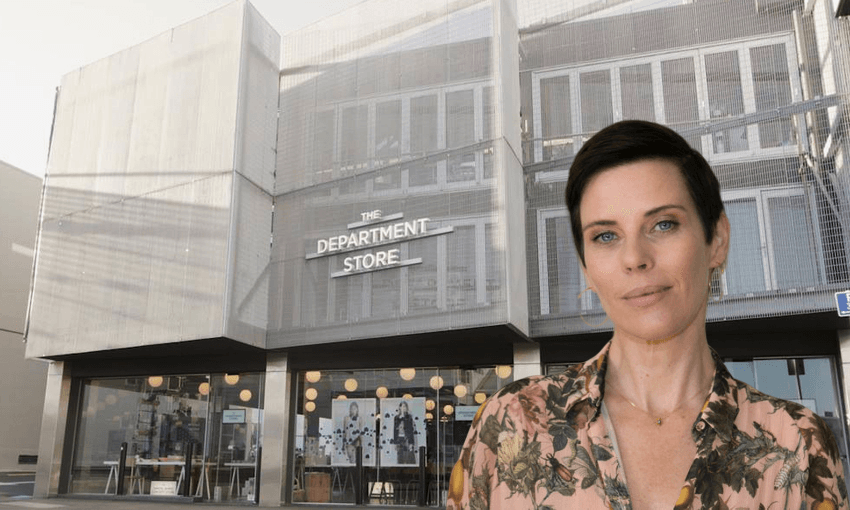 After a decade in business on Auckland’s North Shore, the multi-storey complex that once attracted out-of-town shoppers has finally closed its doors. Its owner, fashion designer Karen Walker, explains why The Department Store had run its course.

Opening an upmarket shopping hub is the last thing you’d expect to be doing in the middle of a recession, but that’s exactly what Karen Walker did in 2009. Along with Stolen Girlfriends Club director Dan Gosling and hair salon owners Stephen and Lucy Marr, the fashion designer spearheaded the opening of The Department Store – a modern take on the decades-old retail behemoth by way of “three floors of modern luxury… instead of breadmakers and knickers.”

From the outset, the concept and the names attached to it sparked interest, and it didn’t take long for TDS to take off. Despite being located on the North Shore, people were travelling from across town, even out of town, to shop at Auckland’s trendiest destination, helping to revive Takapuna’s ailing retail precinct. TDS sold designer clothes, jewellery and accessories from a carefully curated range of local and overseas brands. It had a beauty salon, a hairdresser, a cafe, and even a selection of premium furniture and art for sale. It was New Zealand’s very own Dover Street Market, and in 2010, it scored international recognition with Monocle magazine naming it the best new retail destination in the world.

But that was a decade ago and a lot’s changed since, changes which led The Department Store to permanently close its doors at the end of last month with all staff being moved to other areas of the business. Many who’d frequented TDS in its glory days were shocked, but its popularity had waned dramatically in the last few years. A destination store like TDS was simply deemed no longer relevant.

“Most of our customers were coming from the cityside and the idea was to bring people in from outside that immediate area. It wasn’t just a neighbourhood store. It had to be good enough to get people to really travel,” says Walker.

When I visited TDS in its final weekend before closing, just three tenants remained on the ground floor while the second and third floors were entirely closed off. Customers were few and far between and the atmosphere outside was deathly quiet. Its presence felt like an anomaly among the towers of scaffolding heralding new buildings, empty shopfronts with ‘for lease’ signs, and even emptier carparks that charged by the hour. Its location on Northcroft Street, some distance from the beach or any meaningful foot traffic, certainly didn’t seem to help either.

It’s a spectacular fall from grace, but a not so uncommon one in today’s retail landscape. With the rise of online shopping and high operating costs, bricks and mortar stores everywhere are struggling. Internationally, household names like Forever 21 and Toys R Us have been forced to close thousands of stores in the last few years, while local retailers like Pumpkin Patch, Wild Pair, Valleygirl and Dick Smith have all fallen victim to the retail apocalypse. In 2017, British fast-fashion brand Topshop went into receivership in New Zealand shortly after branching out into standalone stores under a consortium that included Walker (Topshop was first brought here in 2010 by Walker and stocked at TDS).

Department stores, in general, have had a particularly hard run this past decade with a long list of international names forced to close stores and cut jobs, including Macy’s, Debenham’s, John Lewis, David Jones, Myer, and most recently, Barneys – the near century-old shopping establishment that officially filed for bankruptcy late last year.

“People used to go to New York to shop at Barneys, LA to shop at Opening Ceremony or on shopping trips to Sydney, but this doesn’t really happen anymore. Going away, going somewhere to shop as an event has been replaced by going somewhere to get a good Instagram photo,” says Walker, who cites social media’s huge influence on the industry.

“Instagram’s changed everything for everybody. It allows people to express themselves, and a lot of that used to be about what you were wearing, your handbag, your shoes, where you went shopping, how rare items were. I think a lot of that self-expression happens now in the digital field.”

With TDS gone, Walker says she’ll be focusing her energies on refitting her Auckland Central and Wellington stores, with the former moving to a larger space at The Hotel Britomart later this year. It’ll be modelled on Playpark, Walker’s concept store in Newmarket which plays around with different brands to create pop-up ‘experiences’ – a formula that’s continued to prove a success. In many ways, Playpark is similar to TDS with its ever-revolving range of goods, creating an environment that’s social and experiential, not just transactional. But Walker insists that TDS had “run its time, it had told its story, and that model just didn’t really fit with that idea. [To combine the two would have been] two ideas stumbling over each other.”

Similarly, in Wellington, Walker will be moving her store to a new space on Victoria Street, adapting it to fit the “nimble, creative and flexible” Playpark model. “[In 2020] we’re not opening more stores, we’re changing two current stores,” she notes. “It’s just changing where those stores are, what their purposes are and what they look like.

“Retail’s not disappearing. It’s just different, it’s ever-changing,” she says, and the truth is, The Department Store just couldn’t keep up.