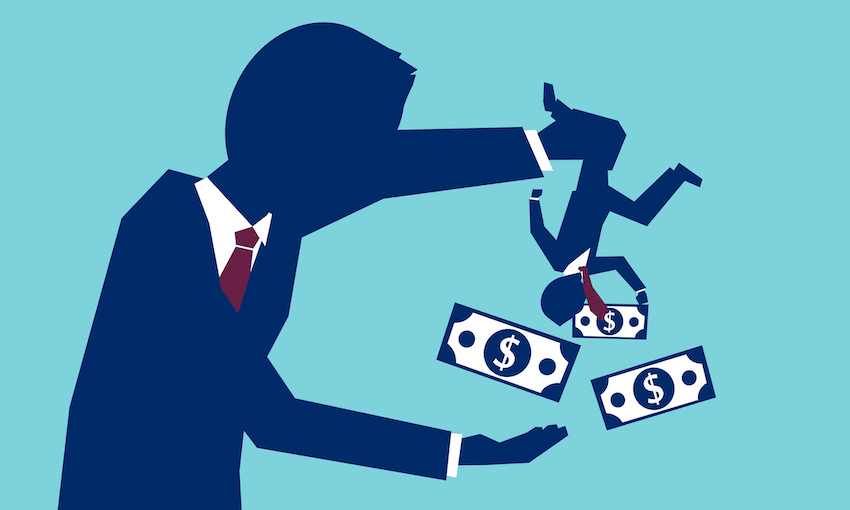 A new agreement looks set to close a century-old tax rule that has allowed multinational tech companies to avoid paying tax around the world. So does this mean Facebook will finally pay tax in New Zealand?

After nearly a decade, the global wrangling to get the world’s biggest and most profitable companies to pay more tax appears to be coming to a fruitful end. Last week, 136 countries signed what has been called the most significant international tax agreement in a century. It will set a global minimum corporate tax rate of 15% and finally force tech giants like Google and Facebook to pay tax in all of the countries they operate in.

Historically, these tech companies haven’t had to pay tax on profits made in New Zealand and other countries due to an antiquated international tax system that only requires companies to pay tax in countries where they have a physical presence. This is why Facebook reportedly doesn’t pay tax here – the last time it filed financial statements was 2014, when it paid just $43,000 in tax and it’s not clear how much profit it makes in NZ. Google does file returns here – its profits last year were $10.2m and it paid $2.36m in tax – but for years it was reporting suspiciously low profits and the government claims the company takes $800m from the economy.

That all looks set to change.

The problem is that 100-year-old international tax laws failed to keep up with the digital era. PwC board member and international tax expert Geof Nightingale explains that when the laws were established it made sense for companies to only pay tax on profits in countries where they had a physical presence. But this principle has allowed digital profits to slip out of countries tax-free and it’s taken decades for the law to catch up.

“When the international tax system was put together, largely after the first world war, there were no digital revenues,” Nightingale explains. “If you wanted to manufacture rubber in Burma you had to go down there and build a factory and hire staff. The rules were designed for that kind of physical activity and when digital activity came along, they just didn’t cope. It’s not a loophole as such, it’s just technology has moved on beyond the rules. And there weren’t strong incentives to get them changed.”

This meant that tech companies could effectively be based anywhere – generally the place with the lowest corporate tax rate. Some countries have made billions of dollars by enticing the tech giants with very low corporate rates in what’s been called a tax “race to the bottom”. The Economist claims this kind of competition led to the global average corporate tax rate plummeting from 49% in 1985, to 24% in 2018.

Countries like Ireland have made billions in this tax race. Ireland’s corporate tax rate is 12.5% – less than half NZ’s 28% – and this has enticed hundreds of multinationals to set up their European headquarters there. It’s been an economic boon for the country, but it has meant others are missing out on millions or billions of potential tax revenues.

Which brings us to this new international agreement. It will finally enable digital profits to be taxed in the country where the profits are generated – not just in the country where the company is based. But the details are complex. It will only apply to the very largest tech companies and only a small proportion of their profits will be taxable in countries like New Zealand.

There are two “pillars” to the agreement. The first pillar applies to companies that have a global turnover of more than $33.8b and is estimated to only apply to the 100 largest multinationals (none of which are based here). It essentially reallocates a portion of a company’s profits to the countries they do business in so that it can be taxed. This will only apply to profits above a 10% profit margin, and it will only apply to 25% of those profits. This taxable profit will also be determined at a global level and will then be allocated to the countries the company operates in, based on the level of business they do there. Countries can then tax that portion at a rate of their choice.

So let’s say a tech company makes $100b in revenue around the world and $20b of that is profit: a 20% profit margin. The first 10% of the profit margin is exempt from the scheme, leaving $10b. The scheme then only applies to 25% of this profit, leaving $2.5b to be re-allocated to all other countries to tax. If about 1% of their revenue comes from NZ, then we would be able to tax $25m of the company’s profits (1% of $2.5b). If we taxed that at our corporate tax rate of 28%, that would generate just $7m of tax revenue here.

It’s important to note that the profit that isn’t reallocated is still taxed in the country where the company is based – e.g Ireland.

Overall, the OECD says more than $180b of global profit will be eligible to be reallocated for taxation under “pillar one”. But Nightingale says we won’t get much of that.

“Given New Zealand’s relative size to other markets, we are going to get a pretty thin slice of that, I think. I suspect it will be in the tens of millions, not the hundreds of millions. It’s not going to be a huge source of additional tax revenue for NZ.”

An IRD spokesperson said it didn’t yet have an estimate for how much tax revenue it would make under the scheme, but that it is “not expected to be significant in terms of our overall corporate tax take”.

The countries that have signed up to the agreement have also agreed to ditch their digital services taxes – if they have one – so this reallocated portion will form the bulk of the tax bill that big tech pays in most countries.

The second pillar of the agreement has gained more publicity, but has a smaller impact on NZ. It essentially sets a global minimum corporate tax rate of 15%, removing the “race to the bottom” – Ireland will have to up its rate from 12.5% and could lose €2.5 billion a year in tax revenue as a result. This minimum rate will only apply to companies with more than $1.25b in global revenue a year, but it is expected to generate a whopping $216b in extra tax revenue globally each year.

Some NZ companies may be caught under this part of the agreement. Fonterra has reported $21b in annual revenue, but it will only be stung by the new global tax floor if it has profits in countries that currently have a corporate tax rate lower than 15%.

While the level of tax that big tech will be forced to pay in NZ may be relatively measly, the feat of gaining almost unanimous international agreement – even from tech tax havens – is significant. Only four countries – Kenya, Nigeria, Pakistan and Sri Lanka – haven’t signed up.

OECD secretary general Mathias Cormann said it was “a major victory for effective and balanced multilateralism” which would “make our international tax arrangements fairer and work better”.

The BBC reported that Facebook also welcomed the deal, saying it would give “certainty and stability to businesses”.

But the deal has come under criticism for being too weak. Oxfam said the deal was a “mockery of fairness” with tax havens having far too much influence and that exemptions could mean big companies would continue to avoid taxation. It also criticised a 10-year grace period, which it said was added in at the last minute, and called for the minimum tax rate to be set at 25% or higher.

The Tax Justice Network said the agreement will only affect “a sliver of the profits of just 100 multinationals” and would do little to stop widespread profit shifting.

The agreement is set to come into force in 2023.