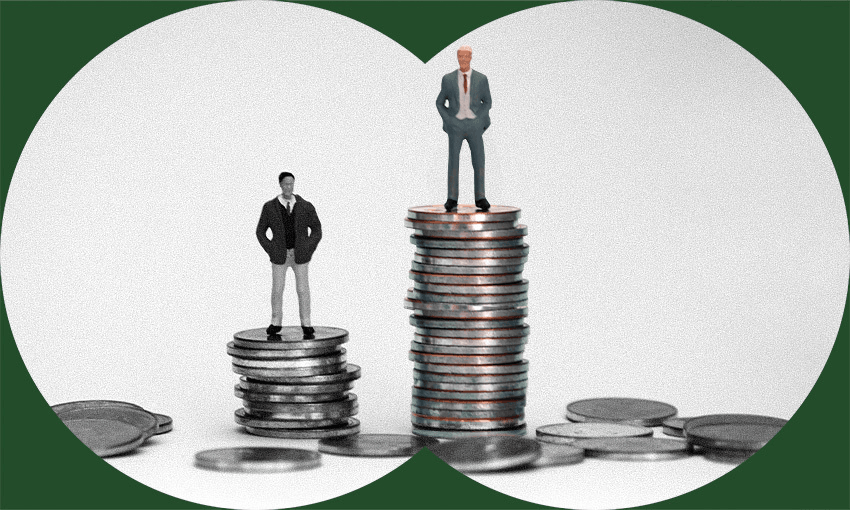 The pay gap that divides skilled migrants by country of origin

New research shows that migrants to New Zealand from predominantly white countries earn significantly more than those from the rest of the world.

Among migrants, New Zealand has a golden reputation for its working conditions, but new research highlights a glaring pay disparity that workers have tolerated for years.

The report, commissioned by Diversity Works, investigated census data to compare wages between workers from various countries. The result? Workers from majority-white countries make as much as 30% more than those from other parts of the world.

“People from colonised countries have a positive wage gap,” says Diversity Works CEO Maretha Smit. “On the other side of the graph, people coming from Southeast Asia, South America, and Pacific countries have a negative pay gap.”

Migrants from North America, Europe, and South Africa earn a 10-15% higher wage than the average New Zealander. Meanwhile, workers from Southeast Asia live on wages 17.5% lower than the average.

Undertaken by the consultancy firm Berl, the study exposes an uncomfortable hierarchy in how we value migrant workers, with the west at the top and the east at the bottom.

“There has always been a glaring disparity between these two migrant groups,” says Mikee Santos of First Union.

For Santos, that disparity started the moment he left the Philippines. “When I moved to New Zealand I was called a migrant worker, but coming from a predominantly white country they’re called expats,” he observes. “The pay discrepancy starts from those labels.”

It’s not for lack of merit. “All the migrants who come here are skilled,” he says. “They have to be skilled to get a visa.”

The Philippines is the home nation of the largest diaspora in the world, with an overseas population of 12 million. “Employers have a special liking for Filipino workers, because of our skill,” says Santos. “We’re highly skilled before we enter New Zealand, because we’re hammered by other countries.”

Pay inequality has become something of an accepted truth among migrants. “Everyone in the migrant community is aware of the pay gap,” says Santos, “but the most important issue for migrant workers is their visa, and then their pay.”

“When they become a resident, then they realise: I’m a New Zealander now, what’s the difference between me and you?

“It depends where you’re sitting. If you’re in the Philippines, you want to go to New Zealand, you will get paid, the institutions are reliable,” he says. “But if you’re here already, and you compare everyone, wait a minute, we’re getting paid a fraction as much as Pākehā.”

For non-residents, New Zealand has a great reputation. “Overall, New Zealand isn’t doing badly,” says Smit as she reflects on the report. “Our immigration settings work really well, but they work better for some people than others.”

With decent working conditions and pay that’s above the living wage, it’s hard to communicate that an issue exists in the first place.

“Everyone wants to come here. Not only for the pay, but the conditions,” says Santos. “But we’re comparing it to other countries whose conditions are comparable to slave labour.”

“How do you think I would feel if we were doing the same job, but I knew you were making $45 an hour and I was only making $25?

As to why this gap exists, research is still being conducted, but Smit has two hypotheses. “One is pure discrimination,” she says. “Barriers caused by English as a second language, accent bias, biases that could prevent migrants from being given opportunities to succeed.” Something as simple as a worker’s name could prevent them from finding a position they deserve.

“There’s probably some systemic bias in how we set up our system of recognising qualifications. Maybe those assumptions we made in the past weren’t true.”

But addressing an issue of this scale isn’t easy, especially when people aren’t aware it’s a problem. “What we need is to remove those barriers,” she says. “Now that we’ve got this data, what are we going to do about it?

“We have an opportunity to lead. We’re not seeing this type of leadership anywhere else in the world. We do a lot of things really well, let’s see if we can do it even better.”

Santos wants to bring the issue to parliament. “It’s not done through pleading or negotiating, it has to be done through legislation,” he says.

“We have to let the migrant community know that they deserve better.”