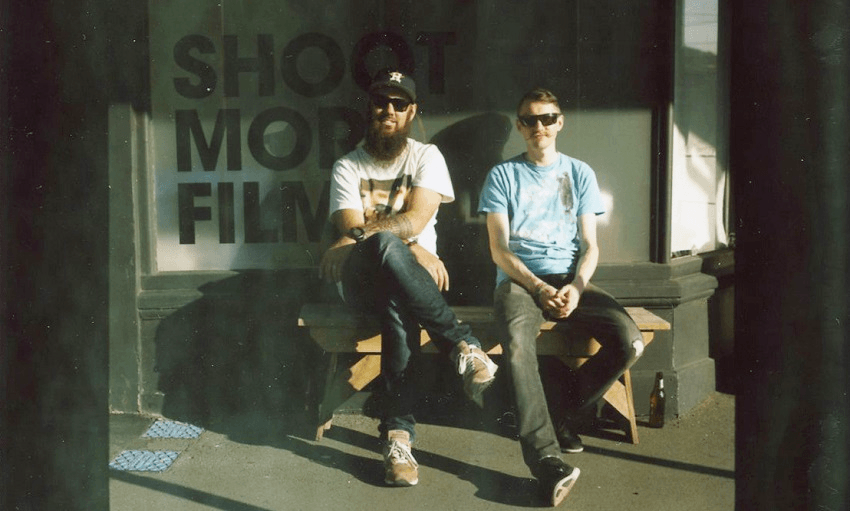 Every week on The Primer we ask a local business or product to introduce themselves in eight simple takes. This week we talk to Sean Aickin whose Wellington photo store Splendid is hoping to revive film photography in today’s digital world.

ONE: How did Splendid start and what was the inspiration behind it?

I initially tried to purchase the photo store I was working at last year, but when that fell through, I started looking at other options. Originally, Splendid was going to be a mail order develop and scan service but upon realising that all the gear wouldn’t fit in my house, I had to open a shop!

TWO: Did you have any interest/experience in business or entrepreneurship prior to starting Splendid?

I’d run and worked in photo stores for more than 20 years prior to opening my own venture, but I’d never really cared too much for ‘owning’ my own business. But so far I’m loving the ability to fully make decisions!

THREE: Who is Splendid targeted at? High-end photography enthusiasts? Or people just starting out?

We really want to target anyone keen on photography. I know a lot of businesses say their target is anyone with a wallet, but since photography is such an accessible art form, we’d like to offer a very approachable photo store.

FOUR: What is it about film photography that sets it apart from digital photography?

For me personally, it’s the workflow. It’s the speed of shooting. With a digital camera (and large memory card) you can photograph all day. For a lot of people that works, but for an increasing amount of people (myself included) a slower, quality over quantity technique is favoured.

We’ve found that film photographers will typically have a digital camera as well and shoot digital as well as film. A few years ago (around the time digital photography became truly affordable) people were very staunch about only shooting film or only shooting digital. But now people are far more relaxed with shooting both for their own personal reasons.

FIVE: In recent years, it feels like analogue pursuits like film photography, but also the collecting of vinyl records, pen and paper stationery etc. have been making a comeback. Why do you think that is?

A lot of us have smartphones and within these little devices, we can listen to damn near any song or write and photograph until we run flat. But I think the blowback is that people want to listen to a complete album with minor imperfections, so putting on a record resonates. People are also realising that with a digital camera, particularly smartphones, they’re typically too lazy to do anything with the captured images. We’re all pretty lazy, right?

SIX: The downside of film photography is that it’s expensive as well as labour-intensive. Are you confident Splendid can sustain itself financially in today’s economy?

This is a very tough question. In the coming days, we’ll be announcing our pricing and it’s going to be much more affordable than any service that’s currently on the market. Our plan is to work hard and offer a service that allows people to shoot more film. Our challenge lies in getting enough film (to develop and scan) through the door. At this stage, our forecast of X rolls per week is very bold, but we think we can achieve our target. If we fall short then we’ll reevaluate our pricing and business plan.

We’re targeting products and services that aren’t currently offered or aren’t easily available in New Zealand. But most of all, we want to be a community driven company.

We’re in the process of planning our next photographic event, and I don’t want Splendid to be constantly us telling people [what or where something’s going to be]. I’d love for people to feel a sense of ownership when they work with us and feel that they can contribute to where the company is going. Sure, we can’t run it like a democracy, but if someone pops in and says ‘hey you guys should do this’ and it’s a rad idea, then we’ll do it.

I have to mention Good As Gold as I feel they’ve done with fashion what we’re trying to do with photography.

I also really dig a photographic company called Syrp. A bunch of guys wanted to make a product, so they did and now they’re industry leaders. Also, Parrotdog Brewery is killing it right now!

I also have so many friends that have small start-ups that are out there doing their thing: TomBoy Cakes, Good Boy Sammies, and Abandoned Brewery. I take my hat off to all of them as they’re following their dreams. I love that we live in a period where people are much more conscious about supporting local products. To me, it seems very easy to get into business – the trick is obviously staying in it!