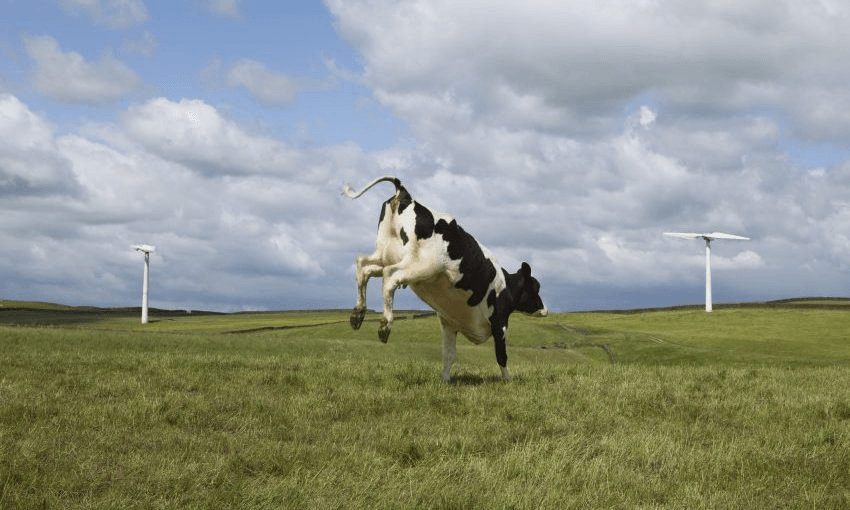 After ruthlessly exploiting their monopoly power by imposing payment terms of up to 90 days on thousands of small suppliers, dairy giant Fonterra has bowed to morality with a new invoicing policy.

Dairy giant Fonterra is responsible for around 30% of the world’s milk products, has revenue exceeding $17bn and was famous for paying its CEO over $8m last year. It is, by any measure, a supremely powerful and wealthy conglomerate, one with immense market power – particularly within rural communities, where a Fonterra relationship is often by far the largest chunk of revenue for many businesses.

This is what made Fonterra’s 2016 decision to move to payment terms which waited 61 days following the end of the month an invoice was issued such a crippling load for many small businesses. It meant in practical terms they could wait up to 90 days for payment, a huge strain on cashflow that Morrinsville Plumbing and Gas’ Dave Strong called “pretty crappy, actually” in an interview with 1News.

The dairy co-op stuck stubbornly to the terms for two years, despite loud protests from its suppliers. This year it flared up again after David Cormack wrote an opinion piece for the Spinoff on the debilitating weight of such policies for small businesses. That prompted contact from government MPs and a major Spinoff survey which showed the extent of the problem in New Zealand. The spectre of regulation, which exists in Britain and Australia, entered the debate.

“Fonterra has decided to introduce a new standard payment term for small businesses,” she wrote. “This standard term will be the 20th of the month following the invoice date and will apply to vendors with an annual spend with Fonterra of up to $300,000.”

The downside, for suppliers, is that a long winter remains. The new terms only roll out on August 1, when the new financial year begins for Fonterra. Still, the knowledge a change is coming will be a huge relief to many of their small suppliers – Fonterra say it affects over 4,000 businesses, or 83% of their suppliers.

In welcoming the decision, small business minister Stuart Nash said he hoped it would “serve as an incentive for other large organisations to ensure prompt payment of their suppliers and contractors.”

The question remains open as to whether the government will be satisfied by this voluntary move, or will introduce regulatory change to ensure that other less prominent corporates follow suit.