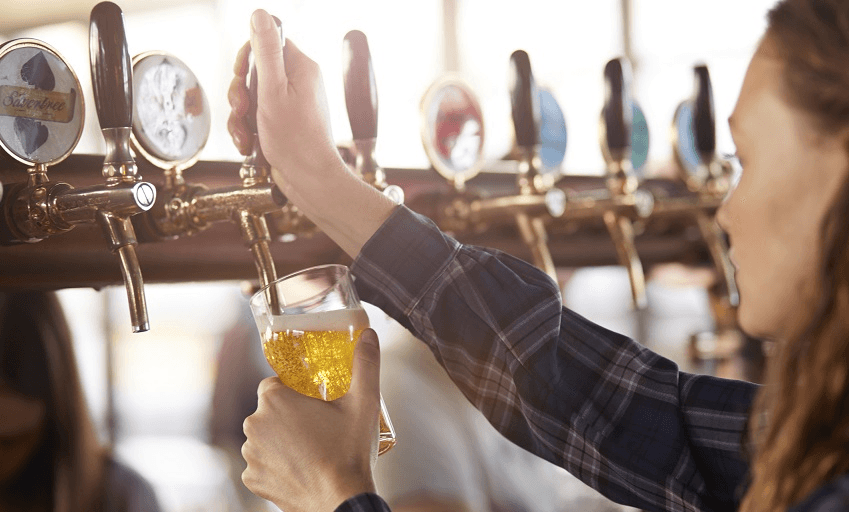 How Trickle tracks your beer down to every last drop

Every week on The Primer we ask a local business or product to introduce themselves in eight simple takes. This week we talk to Adrian Wills, founder of Trickle, which manages every aspect of a beer’s life cycle and flow from keg to customer.

ONE: How did Trickle start and what was the inspiration behind it?

I got involved with a couple of guys opening a bar called The Beer Spot here in Auckland. With more than 40 taps, it quickly became apparent that it was going to be a lot of work to keep track of all the different beers that come and go. There’s at least one tap change a day – sometimes half a dozen – and it was often a slow and repetitive task to update everything across the business each time it happened. Having worked in product for a few years, it became clear pretty quickly how I could help the business operate way more efficiently and the software grew from there.

TWO: Did you have any interest/experience in business or entrepreneurship prior to starting Trickle?

Yes and no. Calling yourself an ‘entrepreneur’ has definitely developed some negative connotations with the boom in tech in the last 20 years, so I didn’t fully paint myself with that brush. But having worked for a few software companies (eg: Vend, Serato) and particularly seeing a company like Serato grow and develop in my time there, I did become really attracted to the idea of trying to grow a business that I could be passionate about. Having had a range of different roles since I went to university, I knew I could probably have a pretty good crack at starting something if I did as much of it as possible myself.

THREE: How does Trickle work exactly? What kind of technology do you use?

Trickle is the bar manager that a lot of venues think they can’t afford. It integrates directly into any systems running the business to remove as much admin as possible out of dealing with beer stock through simple software that anyone can use.

Bars often have a lot going on – there’s any number of employees, processes and systems running the business every day. But with Trickle, you don’t have to train staff how to use this, that and that other thing. Printing new menus, calculating vessel prices and updating websites/social media is all done automatically. Using our own hardware, it also tracks pour data from a beer tap in real-time, which we can then use to help understand how the business can better manage things like theft and wastage.

FOUR: What benefits are there for bar owners using Trickle?

The biggest benefit is when you start to compare pour data with sales data to see what product doesn’t get accounted for. The missing beer quickly adds up and can be caused by all sorts of things. We recently spoke to a business where drinks poured actually had around 10% more in the vessel than they were supposed to which represents thousands of dollars a year in lost revenue. We’re gradually getting smarter about how we look at pour data as well, looking at the velocity beer is moving at and helping to understand when a keg might run out and whether there’s enough stock to replace it.

FIVE: What bars or food and beverage establishments are currently using Trickle? What kind of feedback have you received from them?

It’s still early days for us but we’re live in several venues across New Zealand (eg: The Hop Garden, Craft Hamilton) and the feedback we’ve had has been really great. Staff turnover can be high at some bars, but new staff come on board and they love that all the admin of managing beer stock is so easy and fast. Whenever I’m near a customer, it’s always good to pop in for a beer and talk about how the business is running – what sort of problems are they facing and how can we help them be better?

SIX: Can you imagine Trickle’s technology being used for other purposes?

Yes, often when I talk to people about it this inevitably comes up. Tracking liquids isn’t itself anything new – we’ve all watched the pump tick away when we put fuel in the car at some point. But what you do with that data is where you really add value for people. Thinking about some of the analysis we do and how we could apply that to other liquids is tempting, but at the same time we’re trying to stay focused on the one thing we know best: beer.

Definitely. Trickle was recently selected for the Vodafone xone Accelerator programme and it’s already been incredibly helpful in planning our next steps. Right now we’re focusing on New Zealand and dipping our toes into Australia as there’s a huge base of potential customers for us to go after.

There’s a lot of really great companies in New Zealand right now. Timely is making a really great name for themselves and I know a few former colleagues there who love the company and its culture. Thematic will definitely be one to watch as well. Thematic’s founders Alyona Medelyan and Nathan Holmberg just made the big move to San Francisco which is a huge step, but they’re growing a great little company and I think the US will be big for them.