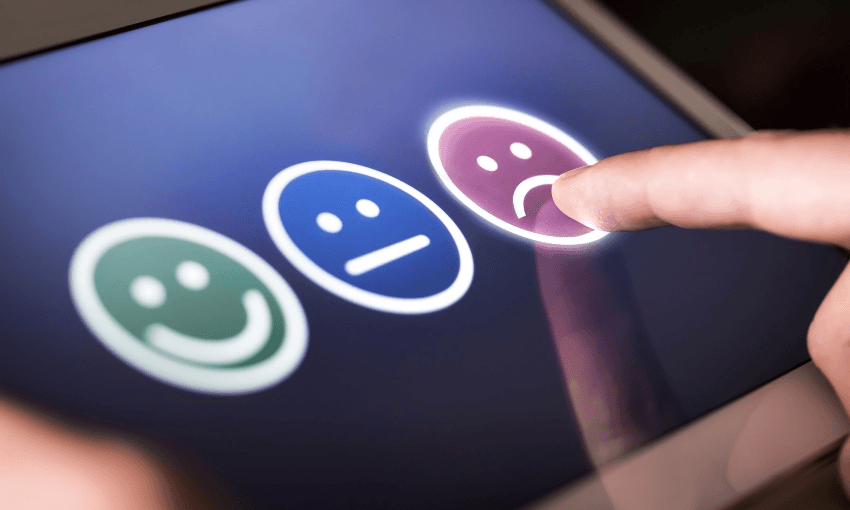 The worst thing about the Covid crisis in NZ? The whingers fixating on certainty

The issues that need attention are being drowned out by Covid complainers stuck in a feedback loop of false expectation, writes Liam Dann in this Herald Premium article.

Who knew the worst thing about a pandemic would turn out to be the insufferable complaining of people unable to accept that there can be no certainty in a pandemic.

Initially I thought the worst part of this thing would be widespread illness and death as Covid-19 overwhelmed our health system and swept through New Zealand. But that didn’t happen here. Then, after the borders were secured, my fears turned to the collapse of the domestic economy. I thought the worst thing about the pandemic might be high unemployment and widespread business failure. But then that didn’t happen.

It turns out the domestic economy was a lot stronger than we thought it was – even if we allow for the ultra-low interest rates and billions of government spending. So here we are living in an open and thriving economy – with sports events, theatre, music and all the rest. GDP and unemployment have returned to pre-Covid levels.

I don’t mean to be glib about it all. Of course there are people struggling in this country. There are plenty of areas where government performance isn’t good enough. But the issues that need attention aren’t getting much. They are being drowned out by the Covid complainers – whingers stuck in a feedback loop of false expectation about plans and timing that simply can’t be realistically met.

So, sorry for the rant, but honestly the worst thing about living in New Zealand right now is the relentless negativity.

Last week the prime minister outlined plans for reopening New Zealand’s borders. It was all solid stuff from a political point of view, although it struck me as mostly a case of stating the obvious. We will vaccinate as fully as we can. Then we’ll start to loosen border restrictions and open up in a safe and measured way. Any detail on how we open up remains highly dependent on what happens with the virus in the rest of the world.

As all great generals know: no plan survives first contact with enemy. Now more than ever we need policymakers to be flexible and adjust rapidly to cope with sudden changes in circumstances. We need a culture that encourages this and enables leaders to back-down or u-turn as and when events require.

I’m deeply suspicious of anyone who claims any great degree of certainty about what needs to be done. They are almost always pushing a political agenda. Those blaming Jacinda Ardern and the Labour Party for the big challenges facing New Zealand give them far too much credit.

You can find almost every issue we face being debated furiously in the pages of the New York Times or the Financial Times. There’s inflation, house prices, angry anti-vaxxers, people who think that Covid restrictions are some kind of affront to their personal freedom, people who don’t like new initiatives to address climate change. None of it is unique to us. The only significant difference is we’re not counting Covid deaths.

Clearly there is considerable anger in a segment of the population that feels overwhelmed by the rapid pace of social and economic change. I’d like to be able to reassure those people. But, I’m sorry, the pace of change is not going to slow. It is going to accelerate. That will happen regardless of which political party is running this tiny Pacific nation. I’ve never seen anything like this in my lifetime.

But then, the world is racing headlong into the middle-decades of the 21st century. What did we expect? Those of us who have lived most of our lives in the 20th century are going to have to change too – or accept that it is not our world any more. I missed the social revolution of the 1960s but, from what I gather, the youth of that era weren’t particularly forgiving of an older generation that tried to hold on to the old order.

So how should we cope with all this mind-melting uncertainty? We should, I think, breathe deeply and try to focus more on what is happening in our daily lives. For most of us the real world of face-to-face daily interaction remains relatively sane and constant. We need to pay more attention to that and less to the aggressive, hyper-real online world. We need to hone our own response to the most relevant issues we face, those that really intersect with our lives.

Sadly, I think the absence of strong party political opposition has created a vacuum for much of the angry and fringe commentary clogging up our collective psyche. To put it in rugby terms, the National Party gives the appearance of a rattled team, down by a wide margin and throwing the ball around, trying to run it out from their own goal line. But we’re still only in the first half of this electoral cycle. This is when great captains calm the team, remind them there is time to do the hard yards, tell them to keep it tight and set a platform.

It is, to be fair, a very tough ask. Not just for opposition politicians but for all of us. The pandemic is unfair, it is infuriating and it is seemingly never-ending. But it will pass. And we have, at the very least, a choice to make about how to live through it.

Liam Dann is business editor at large for the NZ Herald