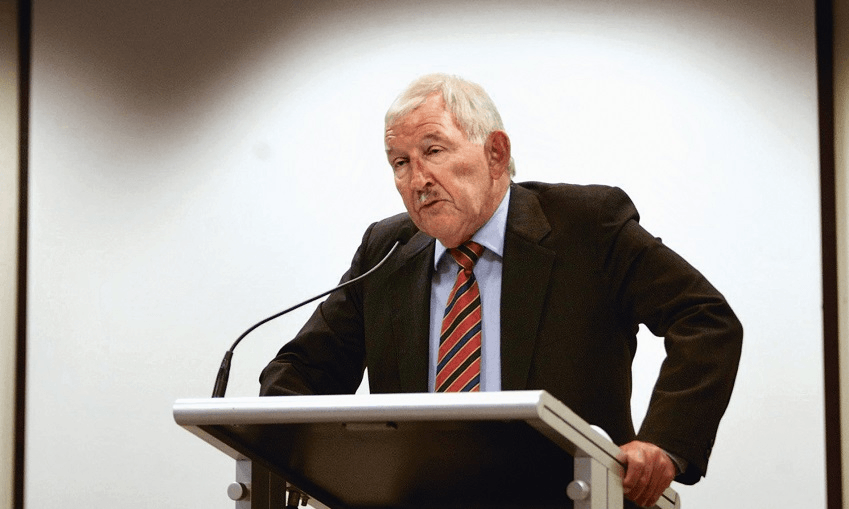 1980s corporate raider Sir Ron Brierley has been charged over alleged possession of child sexual abuse images, according to Australian media reports. The 82-year-old multi-millionaire is one of New Zealand’s most successful business people. Who is he?

How did Brierley make his name?

Ron Brierley set up Brierley Investments in 1961, a company which became one of the most glamorous entities of the lightly regulated pre-1987 sharemarket crash era. It was known as a daring corporate raider, a holding company that buys large stakes in under-utilised firms and then uses its shareholder voting rights to restructure, downsize or sell parts of the business with the aim of making a profit.

In its heyday Brierley Investments was listed on the New Zealand, Australian and UK stock exchanges. One in every 20 Kiwis reportedly owned shares in the company, and Ron Brierley was compared to Warren Buffett. But Brierley Investments never fully recovered from the 1987 crash and Sir Ron was eventually deposed in a boardroom coup.

What has happened now?

Australian media are reporting that Brierley was arrested at Sydney Airport yesterday as he made his way to Fiji. An international alert had been placed on his name by detectives. It is alleged child pornography images were found on his laptop and other electronic devices in his carry-on luggage.

According to a statement from NSW Police, the arrest followed “extensive inquiries”, and his “carry-on luggage was searched before the contents of his laptop and electronic storage devices were reviewed, which are alleged to have contained large amounts of child abuse material.”

Brierley has been charged on six counts of possessing child abuse material.

Where did Ron Brierley come from?

He was born in Wellington in 1937 to middle class parents. His trading tendencies came out early on and while still at Wellington College he began his first business venture, selling stamps to students and staff. He is still one of the largest dealers of stamps in the world. Wellington College’s Brierley Theatre is named after him.

He began his career publishing a horse racing tip sheet, and followed this with a stock tips newsletter which aimed to identify undervalued assets.

What has he done since Brierley Investments?

Brierley was knighted in the 1988 New Years Honours “for services to business management and the community”. In the 1990s he chaired another investment company, Guinness Peat Group, where he applied the same corporate raider style. In latter years he has been chairman of the Australian publicly listed investment firm Mercantile Investment Co, and is a former trustee of the Sydney Cricket Ground Trust. He currently lives in Point Piper in one of Sydney’s richest streets.

Do we still have corporate raiders?

Not in the same way. We have a Takeovers Code now which prevents Brierley Investments-style behaviour. Brierley was also able to prey on New Zealand businesses that were still being run as if they were in the 1950s, and there are far fewer companies these days with under-utilised and undervalued assets.

Is Ron Brierley still in business?

Brierley announced his retirement as chairman of Mercantile Investment Co in June.

“Due to age and health issues, I can no longer give the total commitment to the company which it requires and which shareholders deserve,” he said. As a result Mercantile would merge with Australian “activist” investment firm Sandon Capital, he said. Brierley remains the biggest shareholder in both companies.

What happens now for Brierley?

According to the Police statement he was granted “strict conditional bail” and will appear at Downing Centre Local Court in the Sydney CBD on Monday 10 February next year.