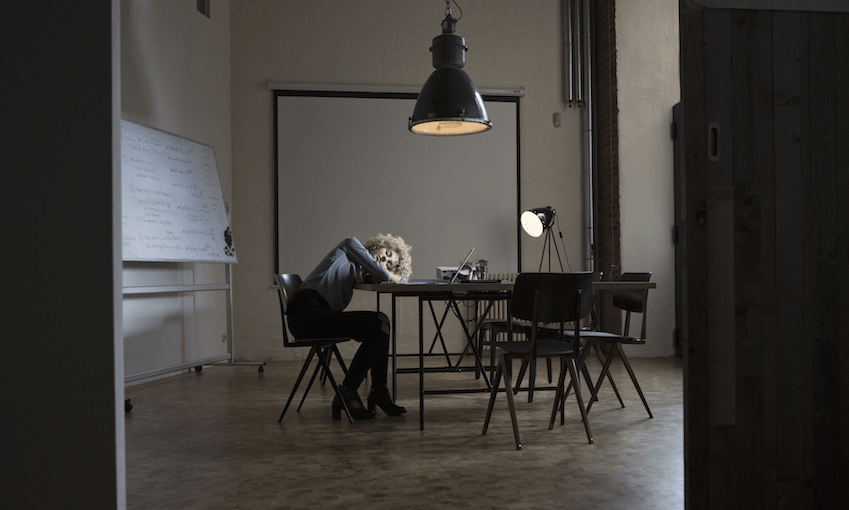 Pay me now: Small business owners on the battle to get what they’re owed

Our piece on the struggle to get paid resonated widely with small business owners. Here are their stories, and some tips, covering the endless fight to get invoices paid.

A customer who had hired goods from me failed to return them, and ultimately I had to go and collect them. Not all of the goods were returned, so he was ultimately billed for the hire of the goods for five weeks (until collection was arranged) and the replacement of the missing goods.

He refused to engage or pay this invoice, and collection companies struggled to engage with him. He disputed being charged collection costs and that was enough for me to take him to the Disputes Tribunal. He attended via telephone conference. He agreed to settle with $1400, and I gave him six weeks to make the settlement at his request (the judge considered my offer generous). However, in the interim the debtor – this was debt to a natural person not a company – left the country. When I approached the courts (not knowing where the debtor was at this time) they said I needed to supply them with a location to serve an order. How am I supposed to know where this guy is? They were hopeless to deal with. After some Facebook snooping I discovered he had left the country. I have loaded the debt with a collection company (again, but this time with a judgement attached) and there it waits.

Personally I feel that collecting money from any person or company is very difficult in this country, as debt collectors essentially work on a hollow threat, and the courts aren’t much better. There is few places to get advice to follow for such matters.

I had a few other bad payers, I also had to write off a few debts. One was a lawyer that is now in jail. Another after a customer changed his story and disputed that he had even requested the job.

My business now is no longer in trade, but in teaching those that are in trade. I have had no collection issues since I have done this as I find most in trade pay their accounts, but mostly I deal in cash prior to the class.

Last year I had two months worth of invoices outstanding with a company, who said I was being unreasonable because I refused to do any more work until I saw some money! I struggled to make those awkward phone calls, so if I want to get paid on time I have to pay someone else to make those calls for me.

First, my credit manager calls before the invoice is due to make sure they received the invoice and are happy. Then she calls again when they are late, just reminding them that the invoice is overdue. After two weeks she sets up a payment plan or threatens a 48-hour notice. In my experience, people only pay their bills if they are being actively reminded to do so.

As a small business owner I know all of this is true first hand. I have to go to war with some of my best clients just so I can pay my tax on time. It’s embarrassing and makes me feel desperate and unsuccessful.

But the real killer is not being paid, it’s tax. Tax is far too high for a sole operator or a small team of two to three. Tax is the bane of my business full stop. It’s ruthless and if not paid on time you are screwed. Only the tax department can charge you so much interest and get away with it… If you are a sole trader you could most likely be in the ‘have not’ category. That’s what you get for working 55 to 70 hours a week.

Today I pay GST and provisional tax. That effectively puts me in hardship until I get paid by clients for last month. Most of which have only just got back from leave, and use this as an excuse not to pay on the 20th. If they don’t I have to use credit to pay my wages until they do pay. It’s a very stressful time of year as traditionally I won’t be paid by many until next month for work I finished and invoiced prior to Christmas. I’m beside myself with worry.

It’s part of being in business today unfortunately.

I created a new email address, ‘accounts@‘ and a fictional male accountant who was very unapologetic when it came to chasing bills. I tried it for a few months, but it began to feel like a weird conceit as I really am a small, small biz and the people I work with know that. It definitely helped me to remove some of the emotion I felt around invoicing, and made it a more straightforward process – especially when it came to chasing overdue payments.

It did help me make changes as to when and how I invoice. I invoice on the 1st and chase on the 15th. And I send an email with just the invoice and a clear subject line. If your invoice gets buried in a chain of emails, it’s not getting paid. So any questions, clarifications etc go in a second email.

There’s also a lot of disconnect between the person within a large company that you personally deal with, and their accounts department. So you may have a great relationship, and even assurances that all is well in terms of payment, and still get burned.

Provisional tax is absurd, paying tax in a down year based on earnings in a good year. And your cashflow/profits [are] sitting in a debtors’ ledger? You have to ring and harass every couple of days (squeaky wheel). Most owners are bad at paperwork and invoicing, and are focused on sales and customers. It wasn’t until we put in a full time accountant with thick skin that we got control back. Tried debt factoring (selling your invoices to a third party for collection) before that. Disaster. Two systems to track.

These days it surprises me if an invoice is paid on time.

Got a small business horror story of your own? Email our business editor, rebecca@thespinoff.co.nz.