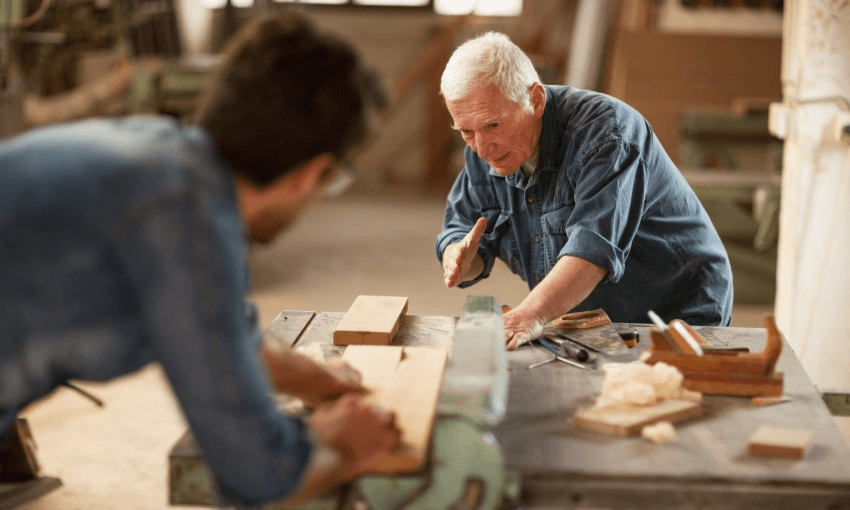 The government has just allocated millions of dollars towards encouraging employers to hire and train apprentices. So what courses does the $380m Apprenticeship Boost cover? Michael Andrew takes a look at some of the career pathways on offer.

Bartenders picking kiwifruit. Tour guides felling wilding pines. Airline pilots driving trains. Such stories of redeployment are becoming increasingly common in the Covid-19 era when so many viable industries have faltered and forced its workers to seek greener pastures.

Amid waves of job losses and increasingly dismal prospects for school leavers, the government has been trying to assist those starting new careers by pumping staggering sums of money into initiatives like free trades training – a $330m fund which covers the costs of courses and training in industries critical to the economic recovery.

This week, that support was extended even further with the announcement of the $380m Apprenticeship Boost. From August, employers will be provided up to $16,000 to take on new apprentices over a 20-month period. The idea is that by helping businesses bear the cost of training, more opportunities will be created and a steady supply of skilled workers will be ready for when the economy begins to recover.

It’s already been incredibly well-received, with organisations and businesses across the country praising it as an effective way to protect vulnerable workers and stimulate the poor demand for trainees. According to the CEO of Master Plumbers Greg Wallace, it’s support that’s desperately needed with the number of apprentices gaining employment in the plumbing industry plummeting from 102 a month to 10 a month since the arrival of Covid-19.

Wallace added that the scheme actually goes further than just free trades training as it actually subsidises the employer’s cost of employing an apprentice in their first two years – the period when they’re most expensive and risky to train. And unlike the free trades trading scheme, which only covers specific industries, Apprenticeship Boost is open to all employers provided they’re taking on apprentices enrolled in level four or managed apprenticeship programmes and are in their first or second year.

So apart from the obvious courses like manufacturing, farming and engineering, what exactly does the range of funding cover? In other words, if you were in a place in life where you could start afresh and embark upon an apprenticeship inline with your passion and prospects, what would you choose?

Who doesn’t love bread, cakes and pastries? And what better way to get amongst than by baking them. According to industry training provider CompeteNZ, the food and beverage industry has a serious job shortage, so the apprenticeship scheme will potentially encourage more employers to take on budding bakers and put them through their level four certificates in craft baking; a three-and-a-half-year course that teaches everything from patisseries and possets to management and mousselines.

While the sign-making business doesn’t seem like a going concern, when you think about it, signs are everywhere. Through the scheme, master sign-makers may be more inclined to take on grasshoppers and impart upon them the noble craft which involves designing, building, painting, signwriting, applying graphics and installation.

One for the animal lovers, the 24-month horse breeding course will see the apprentice learning all about grooming and health to equine anatomy and behaviour, with the ultimate aim of preparing for a career in stable management.

One with plenty of jobs and apprenticeship opportunities – especially as the economy starts to rebuild – fabricators work with metals and make steel parts and structures. Through courses teaching heavy or light fabrication and steel construction, apprentices will learn all aspects of metal lore, making parts for anything from kitchen sinks to steel tanks to skyscrapers to superyachts.

With an increasingly ailing and anxious world clamouring for health foods, the global demand for mānuka honey is soaring, making a beekeeping apprenticeship all the more enticing.

A course in a critical primary industry, the two-year apiculture apprenticeship covers everything from the fundamentals of beekeeping to developing and implementing a business strategy so that the apprentice can eventually work independently or in commercial operations as a certified keeper of bees.

While a list of approved courses and managed apprenticeships can be found Tertiary Education Commission website, this will be updated as more courses are added. Information on other courses can be found on the various industry training organisation websites.