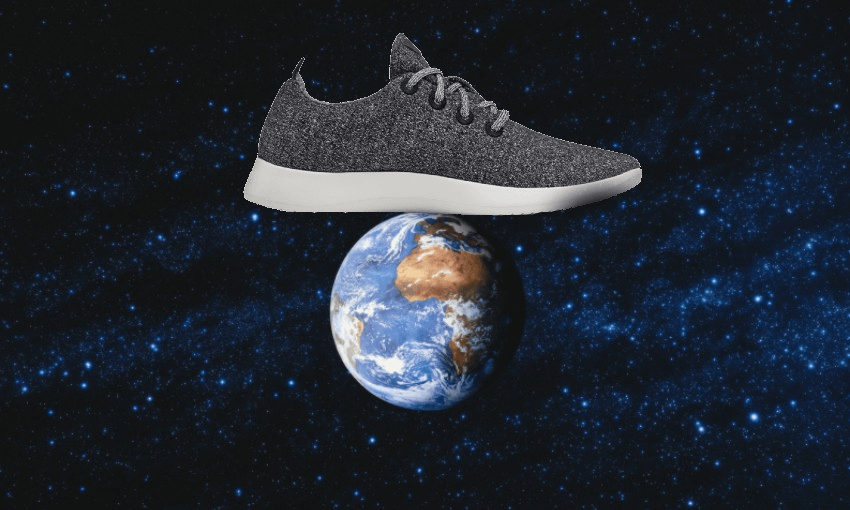 The rise and rise of the merino wool shoe

Varieties of merino wool footwear are emerging faster than Netflix series about British aristocracy. Michael Andrew takes a look at the rise of the shoe that almost everyone – including his 95-year-old grandma – is wearing.

Some might say it all started with Allbirds. After all, to the average consumer, it was the New Zealand-American company founded by former all white Tim Brown in 2014 that successfully popularised the versatile, comfortable and, lets face it, kind of goofy merino wool shoe that is now synonymous with corporate sustainability and Silicon Valley.

But when we cast our minds – and google searches – back to the early 2010s, we see that sustainable shoe initiatives were happening long before Allbirds came along and dominated the market. In 2013, Nike released its Flyknit shoe in an attempt to reduce manufacturing waste. Before that in 2011 New Balance released a shoe with an upper made of 95% recycled plastic. And in 2011, Dutch shoe brand OAT released a completely biodegradable shoe made out of hemp, bio-cotton, cork, biodegradable plastics, and flower seeds, so that when the shoes were discarded and buried in the ground, a colourful bouquet would sprout from the shredded remnants.

Yet while it’s difficult to ascertain which company first founded the idea of a sustainable shoe, it’s decidedly easy to note just how much influence Allbirds has had on the merino wool footwear space. Since it released its iconic Wool Runner in 2016, a veritable flock of similarly-designed products have emerged in its wake, so much so that almost everyone – including my 95-year-old grandma – seems to be sporting a pair.

The uncanny likeness of some of the rival footwear has caused quite a stir with Allbirds, which has even filed lawsuits against other companies that brazenly imitate its products. In 2017, the San Francisco-based company filed a trade dress infringement against American fashion brand Steve Madden for allegedly copying its Wool Runners. Again in 2019, Allbirds took umbrage at Austrian footwear company Giesswein Walkwaren for making shoes that were “identical in all material respects” to Wool Runners and filed a lawsuit in the US District Court for the Northern District of California.

While the imitations haven’t imperilled the success of Allbirds, which is now valued at over $1.4b, it appears the company’s founders are also upset that brands are copying the design without committing to any of its hallowed sustainability principles. From a carbon emissions sticker on the product, to the merino wool being sourced from regenerative agriculture farms that sequester carbon in New Zealand, Allbirds has put environmentalism at the centre of its highly lucrative model. Other brands, however, are not as zealous.

In 2019, when Amazon impudently retailed its 206 Collective Men’s Galen sneaker for half the price of the Wool Runner, Joey Zwillinger, Allbirds’ co-founder and co-CEO, responded with the following:

“Given what I know about manufacturing, there is no way you can sell a shoe for that low while taking care of all of the environmental and animal welfare considerations and compliance we take into account.

“Amazon is stating that it wants to be a green company. It should be taking steps to make their products more sustainable.”

However, according to the founder of another New Zealand footwear brand that is prioritising sustainability, cheaper copycat products are just a reality of the footwear and apparel market. Jeremy Bank of Wellington start-up YY Nation says the soaring demand for versatile shoes made out of sustainable material incentivises other companies to simply copy the design at a lower price point.

“If you look at the footwear category, it’s made up of thousands of different brands and products, and there will always be lookalike products emerging to market trying to capitalise on looks,” he says.

However, because more consumer behaviour is being influenced by environmental impact, the sustainable aspects of the shoes will always trump the design. Bank says the gulf in quality will be easily noticeable.

Started last year, YY Nation is committed to reducing environmental impact by utilising exisiting waste streams. While consumers will most likely see the shoes as competitors to Allbirds, the startup aims to go even further by creating “the world’s most sustainable shoe” by using organic and recycled material in every aspect of the design.

Bank says he was motivated to start YY Nation after he revisited Maui in Hawaii after a decade, and saw how the beach’s pristine condition had deteriorated and become covered with plastic. The shoes are therefore made from plastic from fishing nets retrieved from the ocean and a resin from algae found in polluted waterways, along with pineapple leaves, bamboo, sugar cane, recycled rubber and New Zealand merino wool. While Bank recognises the impact Allbirds has had on the space, he says his start-up has been more inspired by the sustainable initiatives of brands like Patagonia.

Having just successfully completed its first Kickstarter campaign, YY nation will start selling the shoes through online channels later this year for a higher retail price – between $160 to $220 – that reflects the sustainable features of the shoes and the cost of sourcing the material.

Another start-up – China-based Talent Jogger – has just launched its own Kickstarter campaign for its eponymous sneakers, which it’s pitching as “the most affordable merino wool shoe”. The shoes are initially being offered at around $70 and include features like soft, odour-free material and machine washable construction. Founder Eric Ni says that he has not compromised on sustainability, and is sourcing organic merino wool from a single family-owned farm in Australia. Castor bean oil, recycled rubber and plastic is used partially in the composition of the various components.

The other big consideration of course, is fair pay and conditions throughout the supply chain – less easy to quantify with companies that sell more affordable products. While Ni acknowledges that Asian manufacturers can sometimes be “shady” as far as workers’ treatment goes, he says Talent Jogger has taken that into account.

“The weaving process (turning wool fibre into sheets of fabrics) is done at a facility where the owner is also a family-run business located in central China in the vicinity of our office. We are able to monitor virtually the entire supply chain front to back, ensuring corporate and social responsibilities.”

Of course, the reality is that even Allbirds doesn’t disclose every aspect of its supply chain, nor how much its manufacturers are paid. Then there are companies,  such as Everlane, that have publicly committed to the idea of “radical transparency”, only for their promises to be later criticised as hollow PR spin.

In terms of design, the Talent Joggers do look very similar to Wool Runners – certainly close enough for Allbirds to notice. However, Amazon managed to avoid any infringement claims by making slight modifications to the design, such as different lacing systems and sole shapes, so it’s unlikely there will be any repercussions.

The reality is that in this market, once a company establishes a popular model, an entire generation of start-ups are spawned in order to capitalise on the hype – just like what happened after glasses company Warby Parker released its direct-to-consumer model.

Of course, the main appeal that catapulted these types of shoes to global popularity is sustainability. In a world increasingly concerned about climate change and environmental impact, it is sustainable features that will most likely be the deal breaker – the deciding factor between a ephemeral start-up, and a billion dollar company.