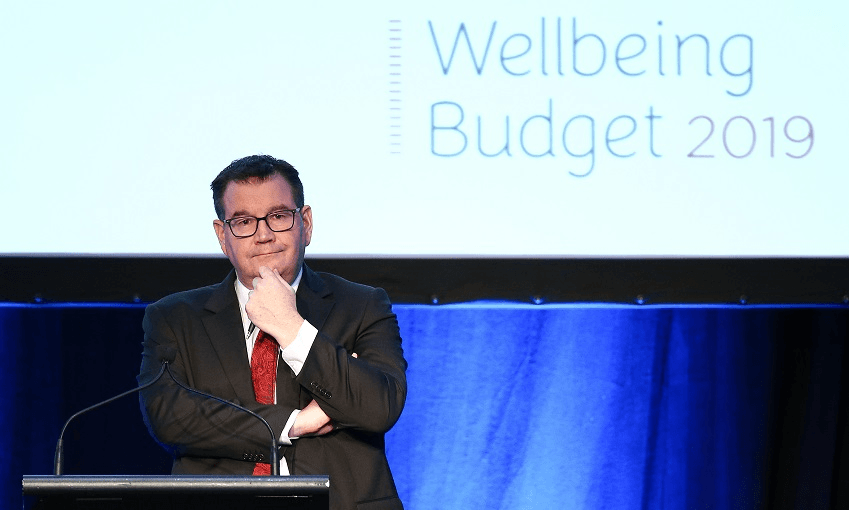 How bosses’ obsession with vapid slogans borked the public sector

Sometimes on a Tuesday morning you may hear a low, vaguely rhythmic rumble coming from a Treasury meeting room. A handful of its middle-aged Pakeha bureaucrats will have descended from the department’s working floors where budgets and economic predictions are done to assemble around the table. Stalin humiliated his politburo by forcing them to sing along to a recording of wolves howling. The Treasury leaders are probably attempting a waiata, but the sound they produce is a drone of submission eerily similar to its Soviet precursor. Welcome to the New Zealand public service in 2019.

The reforms that created New Zealand’s public service were all about transparency. When Labour came to power in 1984 it found the previous Muldoon government had created catastrophic problems in the public finances, and had been able to hide them. Treasury gained the credibility to lead the subsequent reforms because it broke rules to warn the incoming government of the impending crisis before prime minister Rob Muldoon had stood down.

One of those reforms was the State Sector Act of 1988. It clarified that ministers were responsible for choosing policies while departments were responsible for advising on and implementing them. There are tens of thousands of people working for government departments, so to make the split workable the departmental chief executives were given responsibility for advice and implementation in a way that apes ministers’ policy responsibility. This sense of specialness is further emphasised by having a different appointment process for chief executives run by the State Services Commission.

This brings us back to Treasury. No doubt most readers of this article associate Treasury with earnest advice about balancing the government’s books and predictions for the economy. More formally, Treasury is government’s main economic and fiscal adviser. The problem for a Treasury chief executive is that their job is generally not to provide this advice, but to keep the department ticking along so its experts can. Maintaining expert organisations is a lot harder than it looks in a political environment with competing and fast moving priorities. However it is very much a background task. It is not particularly special.

Where a chief executive can have a more personal legacy is in the way the organisation is run. This is where they, as chief executive, will be credited with any achievements.

A person who worked for Treasury back in the 1980s would be shocked by how far the search for this personal legacy has seen economic expertise replaced with a herd of strategy, systems, HR and other ‘advisers’. These produce largely meaningless organisational, IT and recruitment strategies that have sucked up increasing amounts of the organisation’s time. Treasury does still advise on economic and fiscal issues, and some of the most talented public servants in New Zealand still work there, but this work and the people who deliver it are treated as a mildly embarrassing bodily function, to be handled with the minimum fuss.

This offhand approach has had an increasing impact on ministers of finance. Bill English struggled to get proper advice to deliver his social investment approach. In 2019 it led to Treasury nearly compromising the budget by releasing details early thanks to poor IT operations.

The collapse in the organisation’s expertise has been so profound that Treasury even appointed an HR professional to the minister of finance’s office. Think about that for moment. The Treasury are government’s main economic and fiscal experts. An important way for Treasury to help the minister of finance is to provide some of those experts for his office. Yet Treasury appointed someone whose area of knowledge is running Treasury as an organisation. Imagine you went to see a GP and were told the office manager was the most qualified person in the practise to provide medical advice. That is the position Grant Robertson is in.

All of this suggests the current government is correct to ask if the public service that emerged after the 1980s is the right fit for 2019. Treasury’s decline has meant the government has turned to SSC. For all the repetition of the phrase ‘neo-liberal reforms’, New Zealand’s policy institutes have been remarkably silent about SSC’s role in the failure of those reforms. It is perhaps worth noting that the government department with the largest budget for expensive executive courses in public policy ‘leadership’ is SSC.

So can SSC be expected to challenge the key institutional problem?

The current commissioner’s blog is called A Spirit of Service. Phrases like that are essentially advertising slogans, formed from vaguely uplifting words being combined into sentences with no meaning. It is the practices these phrases promote that give their real meaning. An insight into what service means for Peter Hughes is his time as chief executive of the Ministry of Social Development (MSD).

One of his first acts was to command all staff to heed ‘Peter’s Principles’, of which there were 10. (Yes, he really did issue 10 commandments from on high, though I understand it didn’t take 40 days.) The status given to expertise in the organisation’s culture is best exemplified by the last principle: “’Just do it!’ means … just do it”.

More insidious was the principle “No problems without solutions”.

This may sound like a vacuous organisational exhortation, but in a ministry tasked with providing expert analysis it is catastrophic. For instance, a study in the mid-2000s found most active labour market policies seemed to make no difference. Where such labour market interventions did make a difference the welfare agency might be making jobs less secure for others by displacing those in work. What is to be done if there are “no problems without solutions” and staff should “just do it”?

Even thinking about options to address the problem implies a need to retrain, redeploy or make redundant thousands of Work and Income staff. This would require the chief executive to be involved before a solution was found. So they didn’t think about it. When there are “no problems without solutions”, it is easier to ignore most problems.

The current government’s reform programme is an attempt by elected ministers to overcome barriers created by the culture of the unelected public service. This is a culture that is geared towards public service chief executives, not the electorate. To make these reforms ministers must look outside the current system, because those chief executives epitomise why the system needs to change.