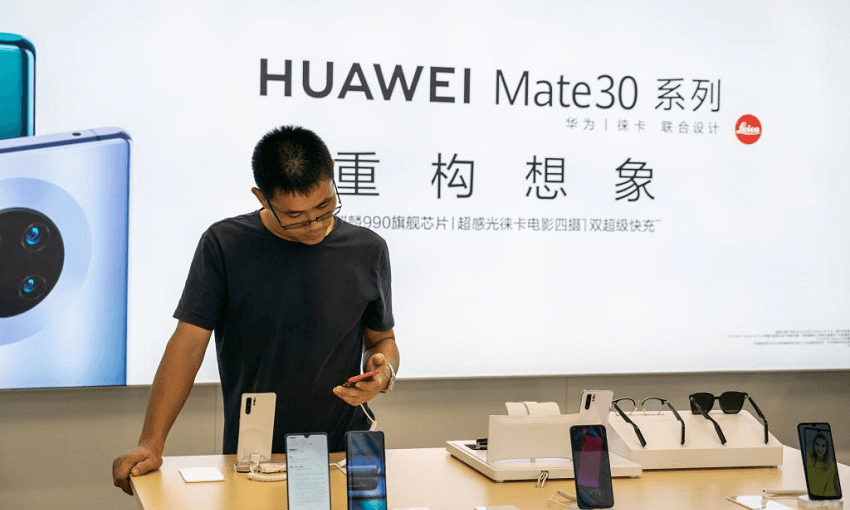 What the US Huawei ban really means for you

Twenty years ago, you would have shown off your flash new Ericsson or Nokia. How times change. Now, those two entities exist only to provide mobile network equipment, (Nokia’s Android phones aren’t actually made by Nokia) and are likely to be the ones providing New Zealand’s 5G infrastructure.

This could be at the expense of Huawei, the embattled Chinese tech giant. Long in the network equipment game, it has undeniable ties to the Chinese government, who have a deserved reputation for spying on their own citizens. This has raised global security concerns and a politically motivated US-Huawei trade ban – hence New Zealand mobile operators’ hesitance to use Huawei equipment to build its 5G networks. Huawei threw a strop about it all, and it leaked, too.

I forgive you if your eyes are already drooping.

That’s because it’s plain dull to most people, even though the international political implications are huge. Most of us don’t care how those Instagram Stories appear on our phones, we just let the 4G take care of it. Or the 5G. Whatever.

Yet for all the furore our Huawei 5G ban generated, t’s actually the United States’ trade ban on Huawei that affects you and I more directly.

Huawei also sells smartphones and they’re some of the best on the planet. The company is one of four major smartphone players in this country alongside Apple, Samsung and Oppo. The Huawei P30 Pro, a glistening slab with exceptional cameras and lightning-fast performance is genuinely an incredibly innovative and boundary-pushing piece of hardware that on paper tears the competing iPhone several new ones.

But phone hardware is nothing without the software to back it up.

Like other Android phones, Huawei’s smartphones run Google’s operating system and give you access to the Google Play Store to download any app, as well as access to all Google apps and services. But if the US trade ban continues, any newly-released Huawei phone (existing ones are safe) will not have Google apps or services because Huawei can no longer trade with Google as a US company.

Think about it – no Gmail, no Google Maps, no Google Docs. No Google Calendar, no Google Photos. OK, if you’re a die-hard Apple fan I might be speaking in tongues here, but for most people Google is the cornerstone of the digital world. Entire businesses are run on its services.

Google also owns the Android operating system, though Huawei is likely to get around this by legally running its new phones on an open-source version (open source is a technical workaround). In its native China, this won’t be an issue for Huawei, as Google does not operate there. But for New Zealand and the rest of the western world, no Google means no thank you.

The Play Store on Android is the equivalent to the Apple App Store. The Mate 30 high-end Huawei phone launched this week will probably cost over $2,000 but won’t run Google apps and will instead have Huawei’s own, very limited official app store. No Google – and Uber, no Spotify, no Dropbox, either. It’s a stunted version of Android that just won’t work in our Google thirsty market.

Huawei is no smartphone lightweight. Analyst firm IDC recently confirmed Huawei as the second phone manufacturer globally in terms of market share, below Samsung and above Apple. Despite the US tensions, shipments only went down 0.6%. But without Google apps, that figure will surely crash and burn.

This affects cheaper phones, too. Vodafone currently sells the Huawei Y6 Pro for $249 outright – with the US trade ban in place, any future Huawei mobile at the same price point will also lack access to Google’s apps. Many people buy cheaper Android phones to access these free services, and will flock instead to affordable Samsung and Oppo devices – a solution, but also a huge blow for those customers at the same time, given the quality of Huawei’s hardware.

Less competition in the market is bad. Less choice could well mean higher prices from Apple and Samsung. A New Zealand smartphone market that can only offer Huawei phones without Google services is a damaged one.

Huawei’s stratospheric rise in the west has been a great thing – even if you didn’t know it, it is pushing its rivals very hard indeed by turning out stellar smartphones at every price bracket. You will suffer as a consumer if the US refuses to trade with Huawei even if you have never owned a Huawei phone. The ripple effects flow directly to your pocket and your next choice of phone.

The much-debated use of Huawei 5G equipment dominates the headlines and feels closer to home, but the reality is that we use Google services every day, and none of us should buy a brand-new Huawei smartphone that might not let us continue to do so.