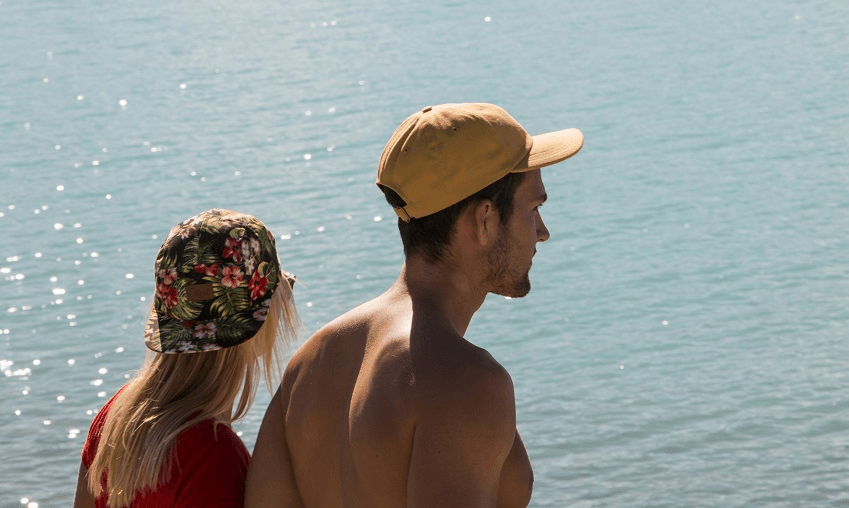 Every week on The Primer we ask a local business or product to introduce themselves in eight simple takes. This week we talk to Offcut founder Adrien Taylor whose company takes fabric scraps destined for landfill and turns them into hats instead.

ONE: How did Offcut start and what was the inspiration behind it?

I started the business about three years ago (late 2015) when I went to my father’s old curtain warehouse in Christchurch (my dad used to run a curtain wholesale business). I had a look around a saw a room full of offcuts, samples and all sorts of other unusable curtain fabrics they had no need for. I asked my dad what they did with all this fabric and he said that they pay someone a couple times a year to pick it up and throw it out. They also try and sell some of it on TradeMe but most of it gets biffed.

I just thought that was ridiculous to be throwing out perfectly good, brand new fabric so I asked if I could buy it off him and do something with it. He said I could have it for free, so I went ahead and tried to think of things I could do with offcuts and all sorts of oddly shaped pieces of fabric. That’s how I got into the hat business and I’ve been going ever since.

TWO: Did you have any interest/experience in business or entrepreneurship prior to starting Offcut?

I’ve always had a few side hustles and things that I’ve tried to wrangle. I tried to start a bow tie business a few years ago that didn’t go anywhere, and after a while living in Auckland I moved back to Christchurch and started an online furniture marketplace where we’d connect people who wanted custom-made furniture to really talented artisan furniture makers.

THREE: What sort of process is required to turn fabric offcuts into a wearable cap?

Because of the fact that we only use fabric that would otherwise end up in landfill, we’re super limited/at the mercy of whatever offcuts we can find, which is obviously a challenge, but it’s also a point of difference as a company. I decided right from the start to use that as an opportunity to make a company that was a little bit different.

Because of that, we don’t have a standard line of hats that you can always buy online. We do everything in limited, monthly drops/releases which really comes down to what fabric we can find. There’s no standard for that process – it changes every month. People contact me with offcuts or discarded fabric they no longer need, or I’ll actively go out and search for it. I’ve spent a lot of time going through factories in Asia and New Zealand seeing if I can buy their discarded fabric.

All our caps are handmade. We’ve got two factories that make our caps: one in New Zealand and one in Vietnam. Caps are really difficult things to make actually. A lot of people don’t realise how much complexity there is to making a cap.

FOUR: Where do you source your offcuts from? And how much fabric do you need for a single cap?

You only need a relatively small amount [of fabric] for each cap. If you laid it out flat (ie, unstitched all the panels), it’s about a 40cm x 40cm square of fabric per hat. When I was trying to find a way to use all this discarded fabric, I had to think of a product where relatively small pieces of fabric could be used [since] it wasn’t practical to make something like T-shirts.

FIVE: How many caps have you sold so far? And are you able to give an estimate on how much waste Offcut has been able to divert from landfill?

Not sure, but probably around the 5,000? We don’t really have any figures [on how much waste we’ve diverted] so we’re trying to start measuring that a bit more. But up until now, we haven’t been doing that so I can’t really say how much we’ve diverted from landfill.

SIX: Tell me about the Kickstarter campaign you guys launched last year where you raised over $28,000 in just five days. What was the reasoning behind the campaign and what’s happened since?

Last year we decided to expand beyond caps and start making leather products. We needed a bit of a boost and wanted to see what the reception would be like from the community, so we launched our Kickstarter and we reached our target in five days which was awesome. It was a really great success and we were chuffed with the support we got from the Offcut community.

Our plan is definitely to try and keep on scaling and increase our reach overseas. We’re really keen to push into Australia, the US, the UK and the rest of the world, as well as push into other products. A lot of people love what our company stands for but don’t necessarily wear hats so they’ve been asking us to make other products for a long time.

Everything we make at Offcut always uses materials that would otherwise end up in landfill. That’s the whole purpose of the company – to try and stop things from going to landfill. So we can apply that to a lot of different things beyond caps and that’s the goal for this year. We can get a lot of leather offcuts from the furniture industry, so we’re keen to turn those into really high-quality luggage tags, wallets and other sorts of lifestyle products.

We really admire Allbirds not only for its product, which is obviously a much more sustainable range of shoe than anything else out there, but also just for the fact that they’ve been so generous with their time and knowledge with us. My business partner and I spent a week at Allbirds HQ in San Francisco last year and they hosted us like kings, giving us free access to anyone we wanted to talk to. We really learnt so much.

Patagonia is another company we look up to. Even on a phenomenally big scale, it still sticks to its core principles of making fashion better for the environment. We were lucky enough to visit them in California last year as well and they showed us around, took us surfing, and told us all about the Patagonia philosophy. It’s probably one of the companies I look up to the most.

But the company I look up to most in the world is Tesla. No one is having as much of an impact on the planet as Elon Musk.