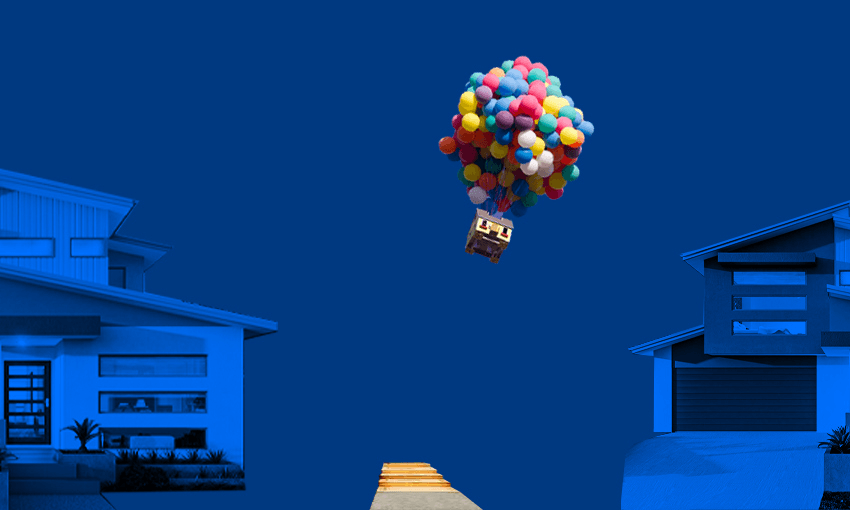 The Reserve Bank’s monetary policy may have saved our economy from the worst of the Covid-19 pandemic, but at what cost?

As the saying attributed to an apocryphal commander in the Vietnam War goes, “it became necessary to destroy the town to save it”.

Now the dust has settled, let’s look at the damage from a key recent economic plan, or more specifically: which town was destroyed in the process.

The Reserve Bank is ending its money printing programme today, having printed $53.5b to buy bonds so that even lower interest rates would create a “wealth effect” that rescued the economy from the worst of the Covid-19 crisis.

It worked perfectly, but in an instant –  and with little apparent concern for those without assets – the RBNZ and the finance minister who signed off on the plan have destroyed what was left of the home-owning hopes of a generation, especially those (often Māori and Pasifika) youth who cannot rely on property-owning parents to help them.

Aotearoa is still in shock at what happened, and the Reserve Bank, Treasury and the government are reluctant to acknowledge the longer-term effects on society, especially for inequality. They are still quibbling over whether the interventions in late March 2020 to unleash lending controls, to suspend higher bank capital plans and to launch a plan to print money worth 30% of GDP has actually worsened inequality.

Astonishingly, the Reserve Bank released a research paper in May saying it “is not clear that lower interest rates always make wealth or income inequality worse”.

“The overall effect of monetary policy on inequality is indeterminate and depends on the strength of each channel, which may reinforce or offset each other,” wrote the Reserve Bank’s Jinny Leong.

Treasury is also still apparently flummoxed by what just happened and unwilling to call a spade a bladed instrument for digging holes. Secretary Caralee McLiesh told MPs in February it’s still too early to assess the full impacts of the pandemic on inequality.

“It does have flow-on effects and clearly lower interest rates is one of the drivers of higher house prices. But the overall impacts on wealth inequality are quite complex and difficult to unpack,” she said.

This is despite Treasury’s advice to finance minister Grant Robertson on March 16, seven days before the money printing programme known as LSAP (Large Scale Asset Purchases) was announced, and nine days before it started:

The bolding is mine.

Here’s the data to prove it

You only need look at yesterday’s new figures from Stats NZ on household wealth to understand what happened. These quotes are from the release; the bolding is mine:

“Financial assets contributed $245 billion to the increase in household assets since March 2020, exceeding the rise from owner-occupied property ($172 billion). Financial assets of households include equity (such as shares, businesses, and investment funds), pension schemes (like KiwiSaver) and deposits at banks.

Just over half of the $402b increase in household net worth came from housing, which was driven almost solely by lower interest rates due to the LSAPs programme and the removal of LVR restrictions, given migration collapsed over that year and housing consents grew at a record-high pace through the year.

If the Reserve Bank needed any indication of what that would do to existing wealth inequality, it need only look to its own data and charts from its paper looking at whether lower interest rates worsen inequality. The quintiles represent the population broken up into 20% chunks with the richest 20% at the far right, as of 2018.

Also out yesterday, results from a poll of 500 New Zealanders in late March that showed how most now see the dream of home ownership as dead. The poll was commissioned by OneChoice and conducted by CoreData. Just over 41% of the respondents were in Gen Z (<25 years) or Gen Y (26-40 years).

These results were reflected in views about moving, with 35% looking to move, most to outer suburban areas, and mostly because of cost of living reasons. Interestingly, 14.7% of those surveyed said they now planned to have children later because of the Covid experience, with a 30% saying that was for financial reasons. Over 60% of those surveyed who did not have children said they planned never to have any children.

My view: The political fallout has yet to really start from this deliberate public policy decision to make wealthy people even wealthier while simultaneously making it harder for the poor to get “on the ladder”. The government’s decision not to more widely distribute cash grants to poor renters and beneficiaries, rather than business owners (many of whom have not repaid the cash grants and have instead bulked), will compound the backlash when it comes.

Currently no political party in parliament has policies or is arguing for policies that would reverse this massive massive wealth bonus for the wealthy due to a governmental decision. The Greens have only weakly argued this line, but also have no leverage in any coalition-forming negotiations because they have pledged always to go with Labour. The government has ruled out a wealth tax in this term, has ruled out a capital gains tax for all time (or at least while the PM is the PM), and has again recently ruled out an inheritance tax.

Both major party leaders have also said they would not want house prices to fall, even from these elevated levels. The shock of the 30% ratcheting up of prices is yet to reverberate through the political economy. But it will. There will be a reckoning, in the same way the shocks from benefit and spending cuts in 1991 almost cost National the 1993 election and led to the creation of MMP. We don’t know what it will look like. But the 88% who realise the dream is over will not just accept it.