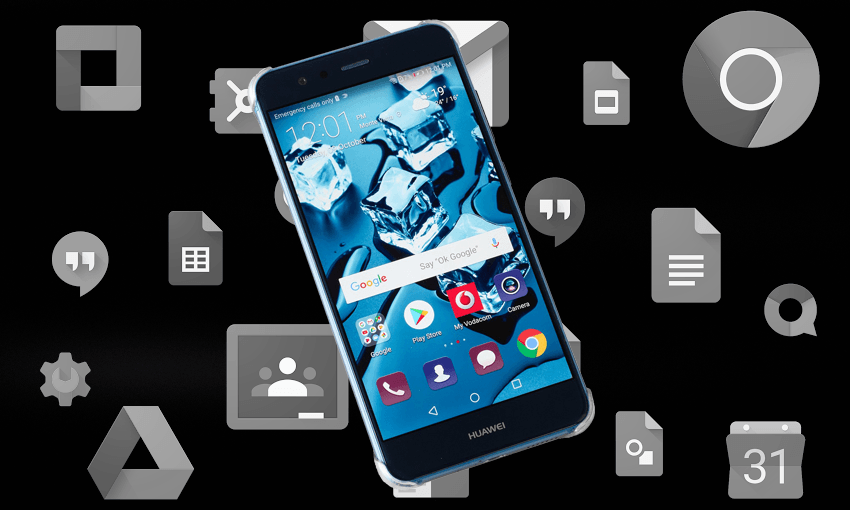 The US banned Huawei and now Google is breaking up with the Chinese smartphone maker. How did all go so wrong?

I’ve been hiding under a rock for the last few days. What happened?

Earlier this week, Google announced plans to restrict access to its apps and services on Huawei products. That means no more Gmail, no more Chrome, no more YouTube, and no more Google Play. Yikes.

Oh shit, I own a Huawei phone! How will this affect me?

If you’re a current Huawei user, rest assured there are no immediate effects and that everything should be fine. But don’t just take my word for it, this is what Huawei NZ’s deputy chief executive Andrew Bowater had to say:

“Anybody who has a Huawei phone currently in the market, there’s no need to panic or rush back to retailers yet. There is no need to do anything like that because we’ve said we’ll continue to support the phones and Google have said the same.

“If you’re an existing Huawei customer there’s no change at this stage. It’s more about future devices.”

There’s still one lingering uncertainty for existing phones though, and that’s to do with security. As Consumer NZ points out, Huawei may no longer have access to Google’s software fixes before any known issues are released to the public. That means Huawei phones could be vulnerable to attacks for days until those updates are added.

How annoying. Why has Google suddenly decided to do this?

The move comes after the Trump administration in the US ‘blacklisted’ Huawei, meaning it’s restricted from doing business with any US company without explicit government approval. Trump insists the ban is based on concerns over possible Chinese spying after US intelligence branded the company a security risk. Huawei vehemently rejects this claim, countering that the ban is a ploy to punish China as trade negotiations intensify.

Yes, all this is happening amid the escalating trade war between the two major powers. For more than a year, the US and China have been going tit-for-tat with tariffs on everything from laptops to soybeans. The Huawei ban is effectively the boiling point of this long-running trade war which intensified last year after the arrest of Huawei’s chief financial officer Meng Wanzhou on charges of financial fraud.

Is Huawei a big deal in New Zealand?

In the last few years, the Chinese company has been accelerating its push into western markets such as the US, UK and of course, New Zealand. Just last month, it celebrated the launch of its new P30 smartphone and smartwatch by throwing a free musical festival on Auckland’s Federal Street. It’s also been teaming up with a number of influencers, magazines and news outlets to drum up as much publicity as possible.

Huawei has also been oft mentioned in New Zealand’s 5G debate. The government has yet to make a final decision on whether to will allow Huawei components to be part of the country’s new cellular network.

As a current Huawei user, what should I do now? How are other users responding to this move?

Obviously, it’s up to you whether you want to trade-in or stay put. In Singapore and the Philippines, it’s been reported that some customers have been rushing to sell off their Huawei phones. Locally, however, things seem to be a lot calmer: a Trade Me spokesperson says there’s been no change to the number of Huawei listings week-on-week since the news broke on Tuesday.

“I’ve got everything I need downloaded [and] Huawei have their own app store anyway,” says local Huawei user Robert Webb. “I have a Gmail account but used a third party mail app so it makes no difference.”

“Can’t see it as a problem. Hopefully, my phone will last longer than Trump does.”

That’s not to say interest from buyers hasn’t dropped. According to PriceSpy, Huawei’s popularity has dropped by almost 23% compared to the same time last week (Monday to Wednesday). Meanwhile, interest in Apple and Samsung increased (the latter – Huawei’s Android rival – rose by more than 24%).

What about retailers in New Zealand? How are they responding to this?

For most retailers it’s business-as-usual. In a statement, electronics retailer PB Tech emphasised that as of yet, nothing has changed and customers should be assured that “all Huawei smartphones sold by PB Tech, their software updates, and Google Services are currently functioning as expected.” It also added that should this change later on it would be “happy to honour its obligations under the Consumer Guarantees Act” and refund customers for Huawei purchases.

What next for Huawei? Is it doomed?

It definitely isn’t doomed: bear in mind that a large chunk of Huawei’s customers are in China where Google is banned anyway. With millions of customers likely to be unaffected by Google’s decision (and the fact that Chinese support for Huawei has grown amid an escalating trade war), Huawei will, at least in the short term, be just fine.

Plus, Huawei chief executive Ren Zhengfei told media that it’s been preparing for this eventuality for months, reportedly stocking up on chips (the US ban also affects the hardware side of its business) and developing its own operating system and app store. Of course, Ren could be bullshitting to save face, but contingency plans for businesses aren’t exactly out of the norm.

So things should be fine for Huawei in its home country, but outside of China? It’s a whole other story. While Huawei won’t completely lose access to Android (its core operating software is open source, after all), it’s hard to imagine Huawei being able to compete with rivals like Samsung when it won’t be able to offer key Google services like Maps, Drive and Chrome. It could just be the end of Huawei overseas – all that marketing will have been for nothing!

Of course, there’s the slim chance that all this gets called off if the ban, for whatever reason, ends up getting lifted. Huawei will surely be hoping for this, but keep in mind that so will Google. After all, breaking ties with the world’s second-biggest smartphone supplier hardly works in Google’s interests either.

But maybe this is a good thing. Maybe it’s time for both Huawei and Google to forcibly to take a step back. After all, aren’t we trying to whittle down big tech?