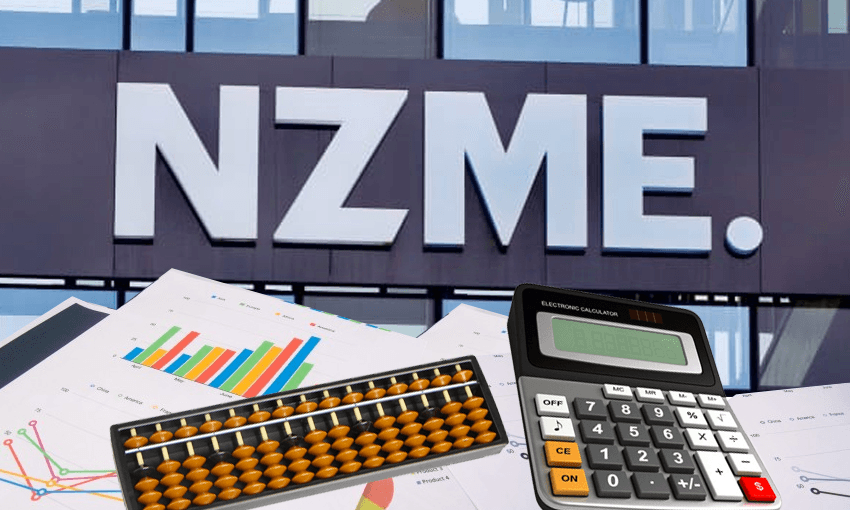 NZME’s 2019 financial report: The good, the bad and the huge loss, explained

It was apparently a good year for NZME, which yesterday reported a strong financial performance with $19.7m operating profit and the growth in its digital subscriptions and radio assets.

But then it also reported a $165million loss.

“Net profit in 2019 was impacted by an impairment to the carrying value of non-amortising intangible assets of $175.0 million as at December 2019, including goodwill, masthead brands and other brands,” the media statement explained.

While these terms are enough to give anyone who isn’t an accountant an aneurism, in this case it’s not actually that bad.

What it means is that NZME bought some assets years ago for a perceived value over and above what the assets were worth, known in accounting as goodwill. It did this to reflect the hard-to-value aspects on the balance sheet – talented employees and beloved brands for instance – otherwise known as intangible assets.

Now it turns out that those intangible assets aren’t worth so much, and the board decided to impair (adjust) them to reflect the what they are more realistically worth.

According to Glenn Rechtschaffen, an accounting teaching fellow at the University of Auckland, a loss of this size may look like a disaster on paper, but in this case it’s a fairly standard, and probably one-off accounting entry to reflect the true value of the company’s current assets – and doesn’t actually involve any cash flow.

“It would not be a faithful representation of what’s going on if they leave these assets at their current figures. They’re going to write these down to be more realistic about what’s really going down. But at the same time, there’s no cash flow involved.”

In reality, NZME’s $19m operating profit is a decent result, considering the perils of New Zealand’s media climate, achieved in part through shrewd cost-cutting measures throughout the business.

While last year’s performance was strong, NZME’s total operating revenue was down by 4% on the year before, which CEO Michael Boggs attributed to “a tough year overall for advertising” and the “impact of global players like Facebook and Google.”

However, he said the company is still in the position to look for commercial opportunities that “lead the future of news and journalism in New Zealand,” including the elusive acquisition of rival company Stuff.

More listeners have been tuning into NZME radio stations, with the audience market share up from 34.9 to 35.9 per cent per cent on the year before. The radio assets are still making good money too, with an increase in revenue growth of 2% compared to 2018 and growth of 5% in the second half of 2019.

NZME also announced further future growth in the radio assets in addition to the recent juggle of radio hosts which saw Jono and Ben jump to breakfast on the Hits and Toni Street and Sam Wallace move to the Coast.

Despite ads for the likes of Emirates and Specsavers regularly dominating the first two pages of the NZ Herald, NZME’s print assets continue to leak advertising revenue. Again citing a challenging advertising market, it reported a 10% decline on the year before to $102.2m, despite surveys showing record levels of readers, with an average issue readership of 465,000.

While Herald premium subscribers are growing, the momentum appears to be slowing. The company had 15,000 paid digital subscribers in the first half of the year, and finished the second half with 21,000.

However, with the slow decay of print, the company said it would continue to develop the platform with an imminent launch of an “enhanced app with a new look and improved functionality.”

“NZME firmly believes it is the right owner for Stuff,” said Boggs.

NZME may in fact be the only buyer for Stuff, which has attracted very little interest since its Australian owner Nine News put it up for sale last year.

Despite the Commerce Commission ruling against a merger of NZME and Stuff in 2017 citing concerns about a loss of plurality, the media landscape has changed considerably since then and the pressure on some companies is getting very real.

Both companies are confident that a merger under a Kiwishare scheme could help protect jobs, increase audience adverting revenue and effectively muster a united front against their ever-more powerful social media foes.