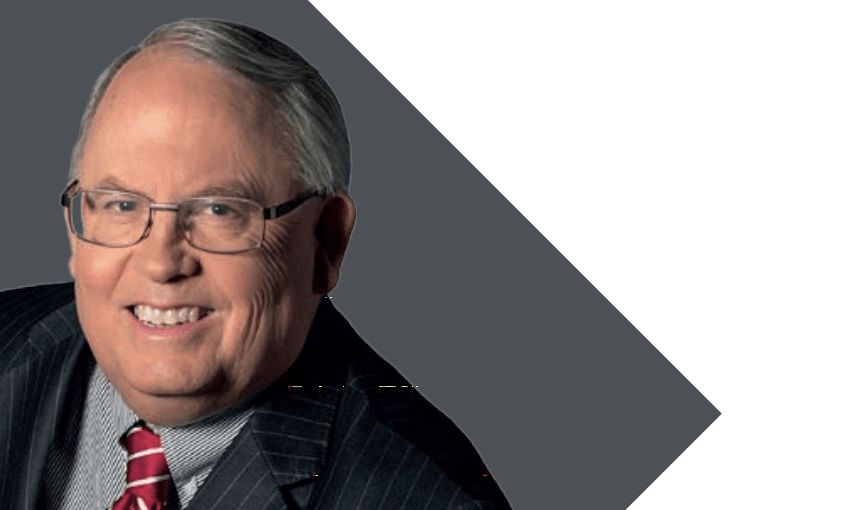 Rebecca Stevenson uses key numbers to look back at the reign of Sky TV’s legendary CEO John Fellet, who yesterday announced his intention to retire within 12 months.

The length of time John Fellet has worked for Sky TV. He didn’t slide straight into the big chair, first appointed as chief operating officer. He assumed the mantle of chief executive a full decade later in 2001, heading up the pay tv operator for the last 17 years.

The amount Sky was losing at its most cash hungry. John Fellet’s signature achievement as Chief Executive is of taking over a perennial money loser and turning it into one of the most profitable businesses in New Zealand in a matter of a few short years. For the vast majority of his reign he was amongst the most admired executives in the country, steering one of the original technology driven startups to huge profits.

By the end of 1996 the company was boasting it had set-top boxes capable of reaching about 73% of New Zealand households. To take advantage of its dominant position the company looked to cash in and list on the stock exchange, issuing a now delightfully dated prospectus. It also appointed one John Hart as a director, noting “He is also the Coach of the All Blacks and an international rugby selector”. The potential for a conflict of interest between the main media organisation covering the All Blacks having their coach as a director didn’t seem to bother anyone at either organisation.

Two years after Fellet took over, Sky began its run of sustained profitability, 16 years after after entrepreneur Craig Heatley founded the business in 1987. It was a profit, but boy was it slim – $700,000 on revenue of $391m. Yet investors were rewarded for their patience, with Sky soon comfortably the most profitable media company in New Zealand.

In 2017 Sky TV lost over 33,000 subscribers from its lucrative satellite service, more than the population of Blenheim, taking the total number of satellite subscribers to a shade over 700,000. It also posted a worrying 21% decline in net profit and total revenue was down from $928.2m to $893.5m – the Skytanic had finally sighted its iceberg.

Is the new bargain basement price you can get a basic ‘starter’ Sky subscription for, after the pay TV company slashed prices last month to stem its subscriber exodus. Sports fans are still paying a (possibly fair) premium, with a starter package plus sport now $55 a month, down from around $80 prior.

The number of Kiwis analyst Roy Morgan estimated had access to online streaming giant Netflix’s local service for the year ended 2016, a clear signal online is now where it’s at for premium TV. Not far behind was Spark’s video on demand service Lightbox, with 630,000. It’s worth noting that due to multiple users being able to access a single account, subscriber numbers will be considerably lower. But the same survey had Sky’s own on demand service Neon and Quickflix combining for an audience of just 127,000 – pointing to the major failure to acquire an SVOD audience for Sky. (None of the providers release specific subscriber numbers).

2014 saw the company announce another five-year deal with New Zealand Rugby to broadcast the national game, beginning in 2016 and finishing up in 2021. These broadcast rights are pivotal for both organisations; they give Sky TV a marquee local product viewers can’t get anywhere else, and account for about 40% of the rugby union’s income. So 2021 looms incredibly large for Sky – retain the rights and it keeps a huge hold on the New Zealand public; lose them and it’s in major trouble. Yet with players from BeIn Sports to Amazon acquiring rights all over the world, the possibility of overpaying for them is very real.

The company’s shares have declined more than 38% over the past year, based on the swing towards SVOD, the increasing competition for sports rights and loss of customers. Yet even this fails to capture just how precipitous the fall has been – the company has suffered a staggering share price decline from a peak of $6.87 in 2014 to the $2.27 they sit at today. In fact, over the past four years the stock has declined 66%, while the NZX50 index has gained 63%. The divergence between the fate of the broader market and its former darling could not be more stark. And this, more than anything, is likely what has driven the end of John Fellet’s time as CEO.

Employee shortages are leaving many industries stretched thin. And it's not likely to get better any time soon.
By Chris Schulz
Senior writer
20th June, 2022

Everything you need to know about Stocktake, The Spinoff's new weekly business bulletin.
By Chris Schulz
Senior writer