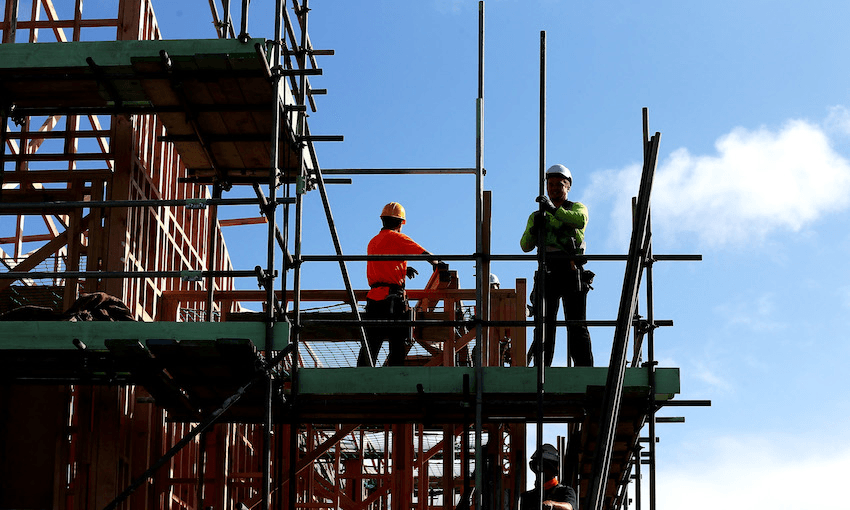 The building industry should never be trusted to self-regulate

I’m a builder, and I love bitching about red tape and building inspectors. But lately my views have changed.

I was primed to write a rant about building inspectors.

Finally, I thought, I have my chance to stick it to the man, my chance to get back at all those persnickety little men who for years have had made my life hell. And all this is to be done anonymously, of course, because the man in this case could seriously stick it right back to me.

But then I thought about it. When I started to recount all the annoying stories of how utterly unfair the system could be, I remembered that every now and then (and hey, actually, probably, most of the time) they were right.

So this turned out to be a redemption story.

This all started because I stuck up a tweet recently that got a bit of attention, because I was complaining about a building inspector and a situation which, from the outside, certainly appeared to be one of those “bureaucracy gone mad” situations that can set talkback radio on fire.

The issue was this. There was an uninsulated wall. I wanted to insulate it, then re-Gib it. But to do that, it was going to be quite a process. If I was to put insulation in the walls, the building inspector said I would have to go to the architect, get an amendment put together, include a bracing schedule and drawn detail, send it to the council (with a fee of course), wait for the 20 working days it takes to process the amendment AND then get the inspector back, to inspect the insulation before I could re-Gib.

It was ridiculous. I argued with the building inspector. He suggested he call his boss. I agreed. He called his boss. His boss agreed with him. It came down to this – if I didn’t put any insulation in the existing walls of this renovation, I could re-Gib it without any problem.

If there’s one thing I thought I had learned, it’s never to argue with a building inspector. I probably should have remembered this before I argued with the building inspector, as things got a little terse – and I turned out to be in the wrong. I had a discussion with the architect, who confirmed we needed an amendment, and the amendment has now been filed.

Building inspector – one. Me – zero.

Honestly, building inspectors and local building authorities are the bane of my existence. But *record scratch* I wouldn’t have it any other way.

I actually think our building inspectors and councils generally do a very good job. The leaky homes fiasco has made them nervous, so the pendulum has swung, and they now inspect our work more thoroughly than ever.

Having taken homes built in the 1970s and ’80s apart, and seen the appalling building practices when no-one was inspecting the jobs, I can see that we – as an industry – should never be trusted to self-regulate.

Most building inspectors seem to be good people. They stick to the rules unwaveringly, and at times stubbornly, but they also teach us best practices. New rules and regulations come in to the industry regularly, and building inspectors are at the forefront of this. They have to put up with grumpy builders claiming that “they’ve done it this way for years and never had a problem” while trying to ensure the rules are adhered to.

New Zealand has a very robust and thorough building code. We need to. As Sir Geoffrey Palmer observed, we are a pluvial country and we are prone to earthquakes and wind. We flirted temporarily in the ‘90s with mediterranean style dwellings with no eaves, no flashings, no treated timber and no sense but we learnt our lesson, and we now have well designed and well-built houses.

The National government brought in the Licensed Building Practitioners (LPB) system a few years back. At the time it said once we become licensed, we would start signing off our own work. We would no longer need council building inspectors and the additional costs associated with this. Building would be cheaper for the consumer.

This was all rubbish of course, and the LBP scheme just introduced more paperwork, more fees and more expense for the consumer. Meanwhile, we still have around eight separate inspections per job, and the councils still regulate and control each job.

There are still problems that we face with councils, however, usually these are due to inconsistency. One time I took all the paperwork for a particular build into the council for final sign off. The person at the counter told me my engineer’s report wasn’t good enough, and they wanted to see the notes that needed to include the weather conditions on the day he inspected our job.

This was clearly ridiculous. I left. I went back a few hours later when this particular person was at lunch and handed all the docs to someone else, who happily and speedily signed it all off. But you can’t expect a perfect system eh?

So, while I may bitch and moan from time to time on my anonymous twitter account, or to my friends, family, staff and well, anyone who’ll listen really about ‘the bloody council’ or the ‘red tape’ or the ‘bureaucrats in their suits’, I’m actually quite grateful they are keeping us in line. I’ve seen too many cowboys and too much shoddy work to believe in self-regulation.