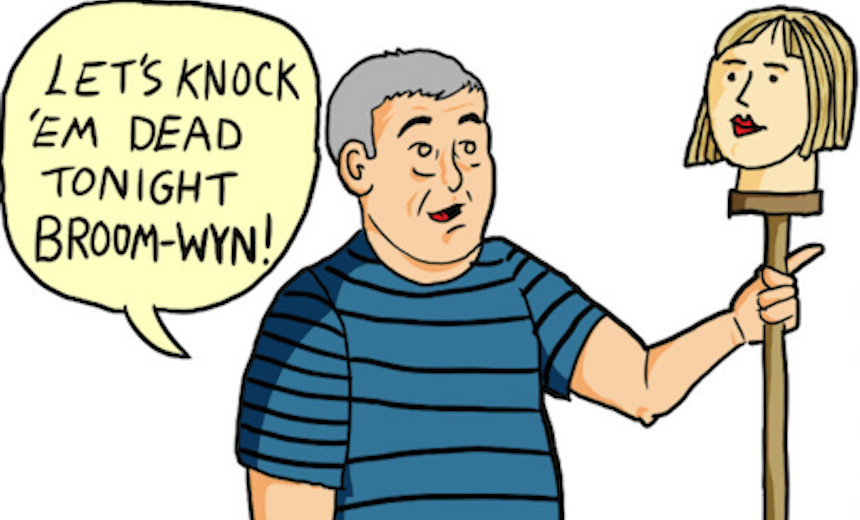 Fragmentary Thoughts: The Unapologetic Oddballs of Come Dine With Me NZ

Fragmentary Thoughts is a comic strip by José Barbosa, in which he’ll tackle a different television show or phenomenon each month. In this instalment, he celebrates the best bonkers moments from week one of Come Dine With Me NZ.

Among all the angst and genuine uncertainty that has come to characterise New Zealand’s TV industry, the local version of the UK’s Come Dine With Me landed like a slab of tripe thrown from a passing 747.

Chucked into the slot still warm from the carcass of Campbell Live, the show and, strangely, its narrator Guy Williams, became the focus of intense criticism. Some saw it as proof of an ongoing MediaWorks conspiracy against current affairs programming – particularly as CDWM is made by the production company started by recently crowned MediaWorks board member Julie Christie (who, sources say, since 2012 has been going by the name Balrog Babymasher).

Ultimately the New Zealand Come Dine With Me is very much like any other local version of a successful overseas show: it’s a lot cheaper, but a lot nicer. And it does have its moments.