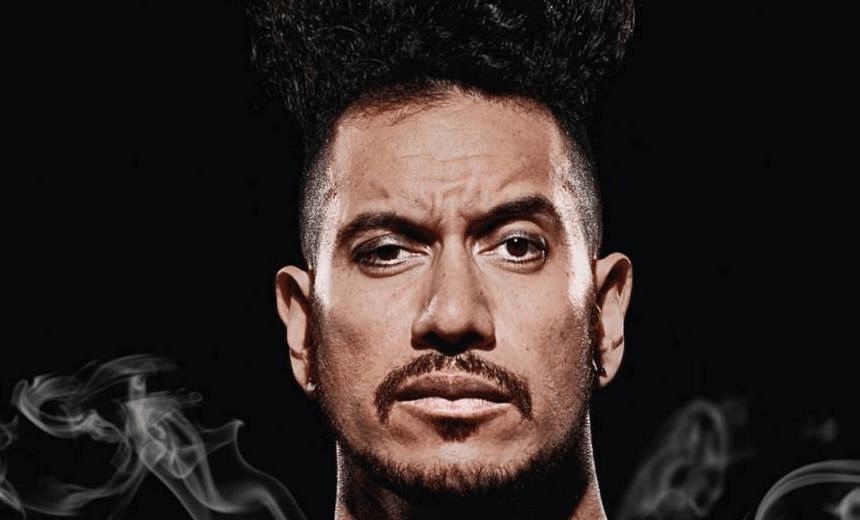 Comedy Festival review: James Nokise is the winner on the day

At this point in his career, James Nokise is a New Zealand institution. Whether its from his comedy (So-So Gangsta, The Bronaissance), or from his award-winning theatre (Rukahu), Nokise has proven himself again and again to be one of this country’s most engaged makers.

I’m going to own up and say that I’ve only managed to see one of Nokise’s shows, So-So Gangsta, and that wasn’t even in this country, it was in a dingy bar in Edinburgh. After seeing Talk A Big Game, I regret this immensely.

Talk A Big Game purports to be a show where Nokise moves away from his usual topics of race and politics to actually be about sport. And while it absolutely is this – the bulk of the hour deals with this country’s fascination with sport – the best and sneakiest part of this show is that it’s still about race and politics. Because no matter how much New Zealand circa 1981 might have tried to remove race from sport, and politics from sport, nothing is actually exempt from these things, least of all sport.

It’s an ingenious hour of comedy, and the brilliance is not only in the jokes, even though the show is gloriously structured and full of properly funny material. It’s also in how much Nokise provokes his audience into thinking, into taking what he’s said and actually mulling it over after we leave the theatre.

It’s not often that I feel that comedy makes me a better person, and not only do I feel smarter having watched Talk A Big Game, I feel the obligation to be smarter, to be informed, to think about things more. James Nokise is more than a New Zealand institution, he’s a goddamned necessity.

You can book tickets to James Nokise: Talk a Big Game here.