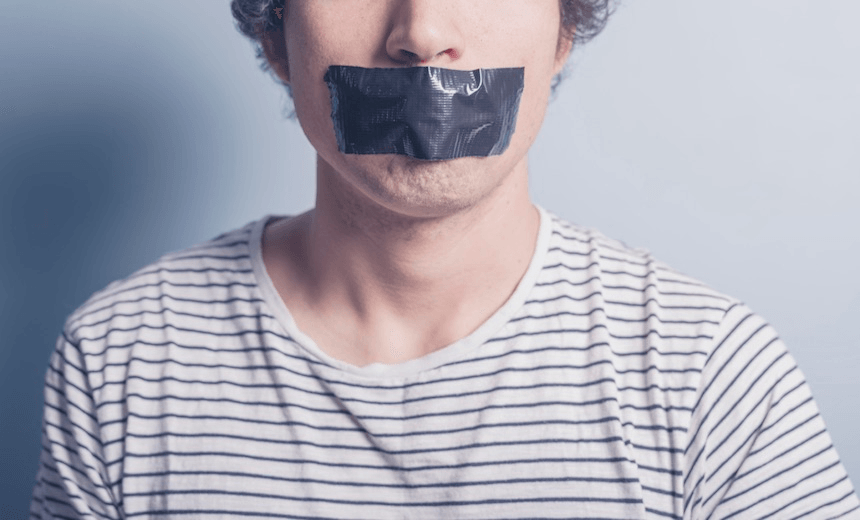 By Jessica Williams
Guest writer
Made possible by

After two days of ‘cunts’ on The Spinoff, Jessica Williams has had enough.

You can always rely on Steve Braunias to start a conversation. This week The Spinoff published a column of his that was too outrageous even for Metro to print. It was about the word “cunt” – and how Steve had suffered as a result of a rather injudicious use of it. Last month’s Metro featured Max Key on its cover, so they’ve got strong stomachs. But this column was too much.

So the brave and fearless Spinoff stepped in, and now we can all read about how Steve called an unimpressed female police prosecutor a cunt, and she didn’t appreciate it in the slightest. Complaints followed, then Steve lost his column and the rest is hysterics. Turns out a man can’t call a woman a cunt these days without Serious Consequences. Who knew?

He’s not the only one suffering. A hapless Taranaki man named Troy LaRue called a judge a “fuckin cunt [with an] old face and saggy chin” on Facebook, only to appear before the exact same beak some time later. Mr LaRue earned a brief spell in the cells to contemplate his privacy settings, before heading out for a hefty run of community service for unpaid fines.

Yes indeed, cunts are in the news. A column I wrote for this excellent publication a few weeks back quoted a couple of gentlemen’s thoughts on social media “haters”. It earned a finger-wagging telling off from Herald media columnist John Drinnan, who wondered if the c-word was becoming “normalised”. Duly chastised and sent to the back of the class with a dunce’s hat, I pondered. Could it be that he had a point?

The c-word hasn’t always had this power to offend. Ask any first-year English student struggling their way through The Riverside Chaucer. “Queynte” meant crotch, no more and no less. All over medieval England there were streets called Gropecunt Lane, places where prostitutes plied their trade. It was a normal, if somewhat vulgar, word.

But language changes, and the humble c-bomb became deeply taboo over centuries. Due possibly to a combination of what it means and how satisfying it is to say, it occupies top spot on almost every broadcaster’s Must Never Be Uttered Not Ever list, narrowly edging out the n-word and the m-f word. (Ah, the wonders of English, where our rudest and most vile swear-words rip on women, people of colour and incest. Anglo-Saxons: staying classy since 5eva.)

Could that status be threatened, though, as Mr Drinnan wondered? Over the past few years, it’s become modish to refer to decent, honest men as “GCs” – good cunts. (The female equivalent does not refer to anatomy. It’s “good bitch”, in case you’re wondering). Some people, including a very senior journalist of my acquaintance, take it a step further, using the word “cunt” so indiscriminately and with so little thought of offence that it may as well be a synonym for “person”.

I’m sure linguists have a word for this, but I’m going to call it “dilution of sweariness”. And it’s a real thing. In the UK, “bugger” is still quite a serious swear-word. It still means what it means, shall we say. Here in New Zealand, after those TV ads for a particular brand of ute, it’s become pretty mild, perhaps on the level of “arsehole” or “dickhead”. It’s now a word you could say in front of those of the most sensitive dispositions and receive little more than a disapproving eyebrow-raise in return.

Now it seems “cunt” is suffering this dilution. In the US, it’s still a big deal – enough to ruin Shihad’s chances in the territory. You’d never hear an American use it casually in the way Kiwis and Brits do. It’s used only two ways: as a gutsy way to describe a person’s ladygarden, and as a really serious insult. Look at the joyful flourish in Azealia Banks’ “212” where she spits “I’m a ruin you, cunt” in the breakdown. It’s exhilarating and jarring. And, if you want my tuppence at this point, that’s how it should be.

I’m one of those dreadful feminists you read about. Some of my number object outright to any use of the c-word, saying it reduces women to our body parts. That’s their line in the sand, but I can’t adopt it. Some of my most cherished swear-words refer to the male anatomy, after all. When I call someone a bell-end, am I reducing him to his anatomy? No, I’m just telling him he’s an idiot. If I jettison cunt from my vocabulary, I’d have to abandon “twat” as well, and as a former Londoner you’ll take “twat” from my cold, dead hand (as it were).

There are power dynamics here, of course. Few men feel reduced to their anatomy when I call them a knob. For women, it’s a different story. We spend our lives being diminished and excluded by language. I applaud young women who’ve reclaimed “bitch” and “slut”, much as the gay rights movement took back “queer” and people of colour have celebrated the N-word. But those are strictly for use by the people themselves. The oppressors can’t use reclaimed language of the oppressed, because it comes loaded with context. If a woman calls me a bitch in that particular way, I know what she’s saying. If a man calls me a bitch, he doesn’t mean that at all. He knows it, I know it, and all the back-pedalling in the world won’t save him.

How we do this, of course, is another matter. A friend of mine, who calls herself the Spokesvagina on Twitter, suggests a Lysistrata-style mass withholding of sexual favours. No cunts til there’s no cunts! There’s a certain symmetry to that, you have to admit.

My favourite approach is one I learned at university – from an engineering student, no less. He was famous in our hall of residence for three things: lighting his own farts, dressing up as Dr Frank N Furter from the Rocky Horror Picture Show at every opportunity, and his response to the C-word. If someone dropped it in his presence, he’d say: “I’m not a cunt. Cunts are useful.”

So here’s my call to action. Follow my engineer pal’s (odd, non-feminist) example. Call it out. If you don’t like being called a GC, no matter how positive the intention, object. Tell them it’s a serious word, not to be cheapened by overuse. I don’t wish to usher in a new generation of people who feel they have to apologise for swearing in front of ladies (Fuck, did I say shit? Shit, did I say fuck?) but if we want the c-bomb to retain its explosive qualities, Something Must Be Done.

So Steve, as much as I think you are a GC (which, by the way, I’m rebranding: Good Chap), please treat cunts with respect. Love the C, cherish the C, let it not lose its power. Use it wisely and don’t use it in anger against a woman. Because, as you’ve found out, the consequences can be a right cunt.