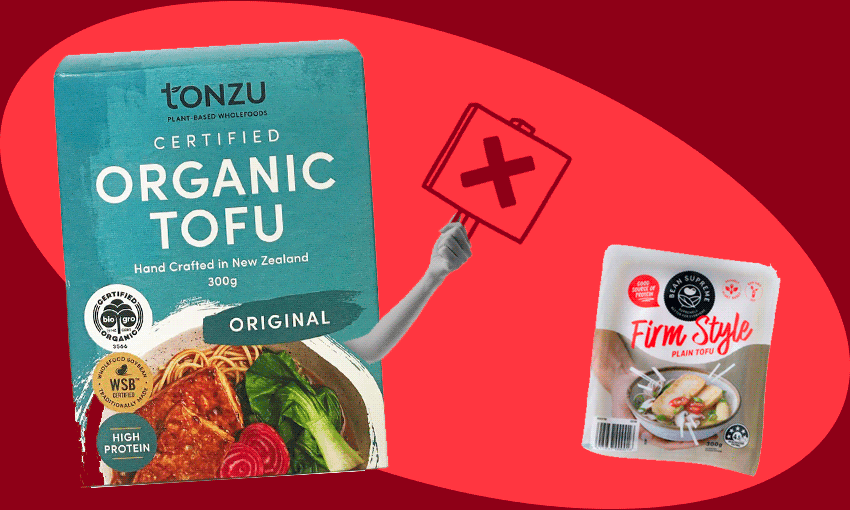 A proposed tofu merger has been abandoned after concerns raised by consumers. (Image: Tina Tiller)

A proposed tofu merger has been abandoned after concerns raised by consumers. (Image: Tina Tiller)

Is the big tofu merger over? It certainly appears that way, reports Charlotte Muru-Lanning.

In May this year, the Commerce Commision gave clearance for tofu maker Life Health Foods NZ, which owns the Bean Supreme brand, to buy the business and assets of competing tofu manufacturer Chalmers Organics, owner of Tonzu.

Significantly, the decision meant that one large company would dominate the supermarket tofu sector.

Life Health Foods, like its sister brand Sanitarium, is a registered charity – meaning it doesn’t pay company tax. It also belongs to the Seventh Day Adventist religious sect which has come under fire for the tax-exempt status of its businesses in Australia and New Zealand, along with its stance against gay marriage.

Life Health Foods sought approval from the Commerce Commission to acquire Auckland-based Chalmers Organics in December 2021. The commission initially raised concerns around the impact the merger of the two competitors could have on competition in the tofu industry.

In the end, the commission found there were several smaller manufacturers of tofu that, if encouraged, could increase their supply of tofu, and that supermarkets’ duopoly power would limit potential price rises. Commerce Commission chair Anna Rawlings said in a statement at the time that “the Commission was satisfied that the acquisition is unlikely to substantially lessen competition in any New Zealand market”.

However, in a statement to The Spinoff today regarding the proposed acquisition, a Chalmers Organics spokesperson said: “Despite a rigorous period of investigation from the Commerce Commission which resulted in approval, the acquisition of Chalmers Organics by Life Health Foods will not be proceeding.”

So what happened? It appears that social media may have won the day. When news of the proposed merger began to creep across news media, there were rumblings of discontent came quickly. Customers who had previously bought Tonzu and its sister brand Zenzo in an effort to avoid funding Life Health Foods urged others to boycott the brand in response to the acquisition.

“GUTTED that I’ve become addicted to zenzo dairy free sour cream and now finding out that zenzo/tonzu are selling to sanitarium. homophobic seventh day adventist tax avoiding pricks. goodbye zenzo sour cream we could have had a beautiful life together,” one Twitter user wrote in May.

In its statement, also posted on the Tonzu Facebook page, Chalmers Organics made reference to concern from their customers. “We would like to acknowledge the consumers who reached out to us respectfully with their concerns,” the statement said. “This has been an uncertain time for all of us, fortunately, we can now inform you of the outcome and we want to thank you for your patience and support.”

One response to the Facebook post asked the company for an apology, expressing concerns over how details the proposed merger had been communicated to consumers: “I would love to see a statement for your support of the LGBTQIA+ community, or an apology for the way owner Daniel dealt with the PR around long standing customers who asked about the possible merger and voiced their concerns for the LGBTQIA+ community. It’s great that you haven’t sold to LHF or Sanitarium but it’s worrying that this could be a business decision (based on a large drop in recent sales) and not a decision based on the ethics of Sanitarium.”

Life Health Foods and the co-director of Chalmers Organics, Dan Chalmers, have been approached for comment.