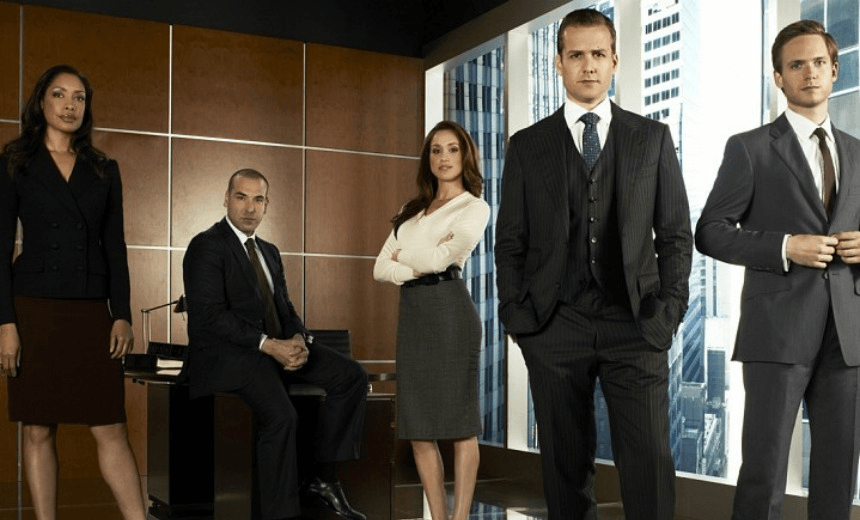 By Tim Lambourne
Guest writer
Made possible by

Played by Gabriel Macht, Harvey Specter of Suits once saved Tim Lambourne during a tenancy dispute. Years later, Tim rings Gabriel for a chat about the success of the show, and the mystery surrounding the returning season (arriving express to Lightbox weekly).

Suits is a show about lawyers, fancy ass New York lawyers, lawyers that make million dollar deals and crush their opponents and do really cool rich lawyer shit. It’s aspirational but also constructed in such a way that makes it easy to slot in for the layman, teaching us as much as telling us about fancy ass legal shit.

For me, that culminated in taking my law 101 lessons from Suits’ main character, Harvey Specter, and using them in the real world to win tenancy a dispute (you can read that here).

I had the opportunity to have a chat with Gabriel Macht, who plays Harvey Specter, ahead of the launch of the second half of Season 5, available now on Lightbox.

When you first started shooting Suits, did you have any idea it was going to go on to do what it’s done?

Not really, we’re on a basic cable network over here called USA. They’re the number one basic cable network so they’re very popular in The States. As the show started building an audience, you would see that we would be in the iTunes top 10 every week after we aired.

It’s just gotten bigger and bigger and bigger. In India, I found out there are 20 million people a week watching the show. I understand they’ve got a billion people over there, but it’s the number one English speaking television show. 20 million people a week is more than anybody here in the States is watching. That’s huge. Worldwide it’s big, and it’s amazing when you look at your Twitter feed and there are people from Buenos Aires, Russia and Germany. When I was travelling in Iceland there were kids that knew the show.

I used to feel that the show had a superhero appeal to it. It’s so aspirational and it’s so elevated, the characters are so well spoken whether it’s through their witty banter or their quick comebacks. It’s almost like these lawyers are superheroes, they can’t fly – and they wouldn’t be shot in the head and survive it – but they’re like super lawyers in a way. People want to be them and it’s taken on that sort of life.

We’re doing our best to keep it grounded and as natural as we can within the framework, but it’s not natural – people don’t talk like that. I think people are like, “oh God I would love to be able to go in and close a deal like that!” I hear from people all the time “What Would Harvey Do?” and you know they use those tactics, and they feel like they find success.

Ha, I had that exact situation myself with a dodgy landlord! Using Harvey’s lessons to win a dispute in real life!

People are saying that to me all the time: “I used this and it worked!”

On the surface Harvey is a hyper-masculine character, but I also think he respects the women around him in a way that less-rounded male characters in TV often don’t.

He’s got a long history with these super strong women in his life like Jessica and Donna. I think he values their opinion pretty much above all else, there are times where he is impatient and he can discredit them if he’s feeling vulnerable or insecure. What I like about him is that he is often very insecure, and questions what he’s doing, but he overcompensates with his confidence to help him get through it.

I find that Harvey’s ears are always perked to try and hear what these women have to say. He might go in a different direction and screw up and come back around, or he might take what they have to say and expand on it. I think that’s what he and Mike do best. They listen to what the facts are and try and expand on the facts.

We all know that Mike has been arrested and Harvey has quit the firm. The state of New York is prosecuting Mike Ross for conspiracy, doing fraudulent activity – basically being a fraud. What we’re going to see is the two of them trying to get out of this mess. What’s wonderful is that this is the hook of the show – that Mike has been a fake lawyer – and now we have the opportunity where the cat is out of the bag, or out of the hat?

It’s a hat contained within a bag…

Haha, the hat was in the cat in the bag. The truth has been revealed so we’re gonna see these guys fight to the finish to figure out how to get out of this mess. If it goes positively then we’re just gonna keep going as we’ve gone, if it doesn’t it could end up as a big failure. I think the stakes are really high, and you know one, or both, or the whole firm, could end up in jail!

Find out what happens to Mike, Harvey and the rest of the Suits gang by clicking below on Lightbox