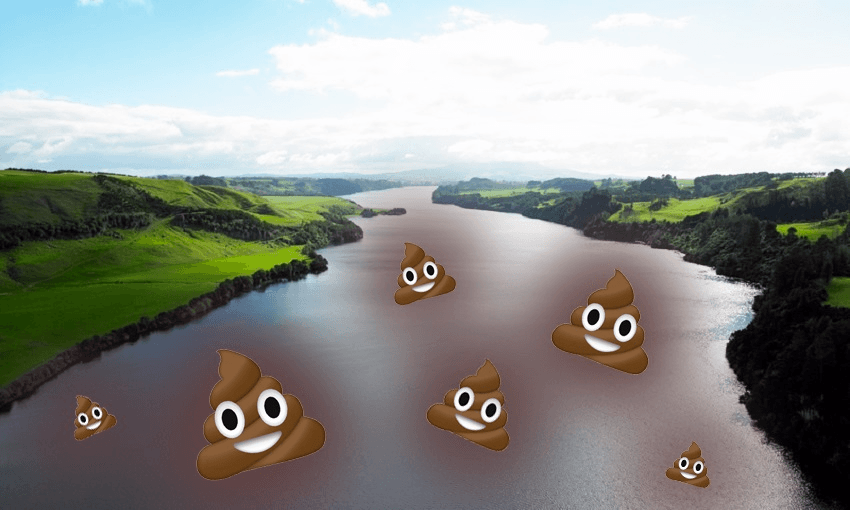 Why you need to pay attention to Regional Council races

Among the hundreds of local government races under way, just over a dozen could have an outsize impact on environmental issues. Alex Braae explains why Regional Council elections matter.

At the start of this month, aerial surveys showed more than 100 farms around the Waikato were a long way away from complying with environmental rules. The offences varied in severity and frequency, but they all shared something in common – they all significantly raised the risk of effluent getting into waterways, with all the harm that flows from that.

The organisation that found these breaches was the Waikato Regional Council, and the idea that dairying can be harmful isn’t exactly a new one for them. They were issuing stern warnings in 2006 about the same effluent issues happening in 2019. Back then, the council wanted farmers to be proactive about fixing their issues. Now courts have just handed out a record number of fines for non-compliance in the space of a year – fines that were issued in cases brought by the Waikato Regional Council.

It all raises questions about what the Waikato Regional Council has been doing in the intervening decade or so. Why did significant action only take place about 13 years after the warnings were issued? Arguably, they’re still not covering the entire region either. Last year Forest and Bird made it very clear they thought monitoring and enforcement standards weren’t high enough. Federated Farmers protested, saying the current monitoring system was cost-efficient.

Regional Council seats have therefore long been a target for representatives of the farming world. It’s not a conspiracy to say that. It’s just political common sense. The numbers bear it out too – Regional Council elections tend to get turnout of around 40-45%. But there is a noticeable increase on that turnout for District Council and District mayor elections, and a smaller corresponding drop in turnout for City Council and City mayor elections.

We can therefore reasonably assume that rural voters make up the more motivated share in Regional Council elections, given that they cover both worlds. District Councils and City Councils also have environmental responsibilities, but their job is much more about infrastructure – rubbish, pipes, buildings and so on. It’s ground level, compared to the broader overview of Regional Councils.

There also isn’t anything wrong with groups trying to win elections so that their economic interests will be represented – in fact, it is literally the purpose of politics. And nor is it the case that farmer-politicians think with one mind, or are necessarily against Council-enforced environmental protections. Many genuinely do well by the environment. Many do not.

In the case of the Waikato Regional Council, something changed at the last election. A harbour clean-up campaigner from Raglan called Fred Lichtwark got elected, and started pushing for a resumption of aerial surveying to find non-compliant dairy farms, many of which lined the waterways which fed into the Whaingaroa Harbour. His campaign was successful, and while it’s a gross oversimplification to say it was all Lichtwark’s doing given a few other Waikato Regional Councillors have similar views, he pushed for a long while before it happened.

It’s a small example of the wider ways in which Regional Councils are vitally important to the environment. They’re responsible for land use, administering the Resource Management Act, air quality, and many public transport networks. Their decisions are the local expression of how the country’s economic base will affect the environment. The decisions they make today can last for decades, and they have to balance a range of interests, often in direct competition with each other.

Given the magnitude of that responsibility, Regional Councils don’t get a lot of press. Part of the reason for that is presentational. They don’t necessarily have the same knife-fight drama of an Auckland mayoralty race, or the hyper-local connectivity of an engaged Councillor. Their meetings tend to be – even by local government standards – a bit dry.

When they do hit the headlines, it’s frequently because they’ve botched something horribly. An exodus is currently underway at the Greater Wellington Regional Council, with many deciding they don’t want to face the voters again after the long-running debacles from changes to the bus network. Their decisions will probably save everyone a bit of time, and save them having to deal with more bus-rider wrath in public meetings.

But not every failure by Regional Councils happens so publicly, and it’s not always quite so quickly apparent that something has gone wrong. In an ideal world, they’d be heavily scrutinised by both media and the public, but in an age of slashed newsroom budgets and time-poor lives, that’s not particularly realistic.

So for voters, the best time to start looking at candidates running for Regional Councils is now. If you have questions for the people seeking to govern the environmental management of the country, ask them is during an election, when they’ll be most keen to talk. More than any other branch of local government, Regional Council decisions can linger long after those making them are gone.

The Spinoff local election coverage is made possible thanks to The Spinoff Members. For more about becoming a member and supporting The Spinoff’s journalism click here.
16th August, 2022