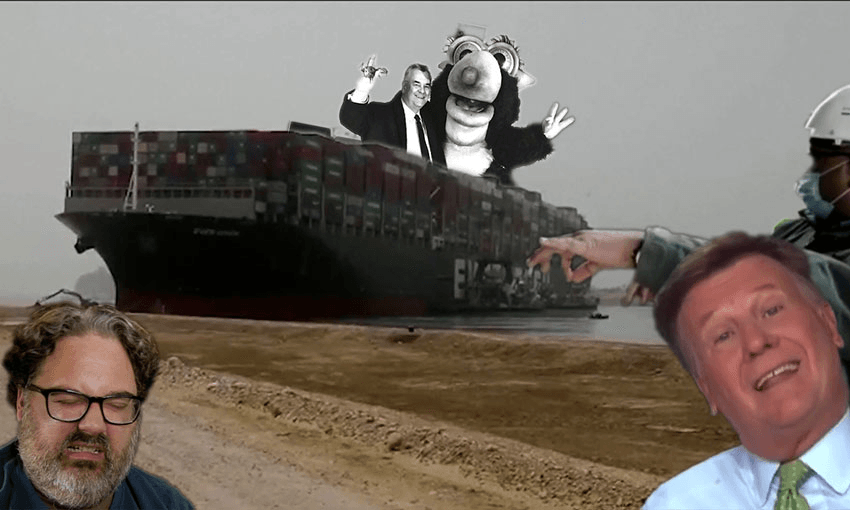 For almost a week the world was spellbound by the spectacle of a massive container ship blocking the Suez Canal. José Barbosa looks back on that wistful time and what Ever Given tells us about ourselves.

To be honest, it was just a marvellous time, wasn’t it? Finally there was something else to worry about that wasn’t linked to climate change or Covid-19. It also was kind of funny the way Ever Given was just wedged in there like a medical obstruction. Ha ha, we all went, bet the captain is absolutely bricking himself.

It was also lovely to just be reminded that the Suez Canal still existed; that there were actually things built outside of our current century still around. Yes, they were mostly straining to operate in a world that had largely outgrown them, but they were there all right.

The past is always knocking on the door – sometimes feebly, like a meek elderly relative, sometimes barging through like Kramer on Seinfeld – but it’s always there. The seal on our bubble isn’t completely closed. At least not yet.