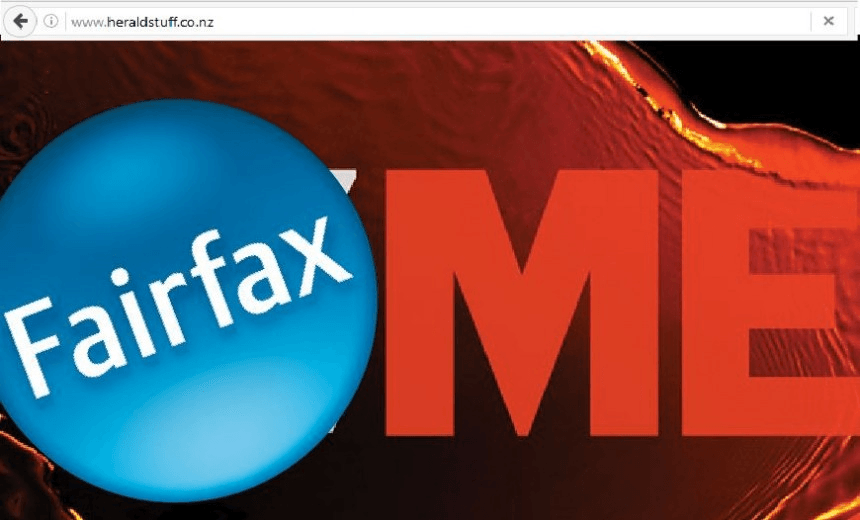 News is a privilege, not a right: why the NZME-Fairfax merger decision is so catastrophically wrong

The Commerce Commission decision appears based on a naive assumption that because news is important it will always be made, writes Duncan Greive.

The Commerce Commission decision this morning to decline to authorise a merger between NZME and Fairfax’s New Zealand interests is being widely applauded in predictable places, for predictable reasons.

Hearing it and reading it all, I find myself struck by the degree to which the applauders’ proximity to the business side of news production correlates to their satisfaction at a deal not done. That is to say that anyone who’s watching the economics of newsgathering in real time is furious, while former editors, union officials and ex-journalists are happy the status quo will be maintained.

That desire to protect what we currently have seems largely what drove the decision. In the much-delayed and rather pompous executive summary released at 8.30am this morning, the commission says “given the importance of the news media to a well-functioning democratic society, we consider that any adverse effects from reduced plurality have the potential to be substantial”. The implication being that their decision has protected the hapless New Zealand news consumer from the terror of a consolidated or diminished news environment.

The brutal irony is that it’s coming anyway, and likely faster thanks to the commission’s decision. It took less than an hour for an email to be circulated to Fairfax staff warning that “further publishing frequency changes and consolidation of titles is an inevitability”. The small markets mentioned in the commission’s summary – the likes of Stratford and Horowhenua – will be feeling the distance from the company’s owners in Sydney, who have already bluntly indicated their willingness to shut down large tracts of the company should the merger fail to be approved. “We don’t have the capacity of deep pockets of private money to subsidise journalism,” Fairfax CEO Greg Hywood said last December, warning darkly of “endgame” should the merger be denied.

Now we get to see what endgame looks like, and should bear in mind that some very bad outcomes are in play – something which seems glibly ignored in the summary. The idea runs thick through the commission’s writing and thinking that news is a public good, which it transparently is when practised and distributed the right way. But there’s a second assumption, implied but not explicitly articulated, that because news is important it will always be made. And this is, I think, where they have erred so catastrophically. Because in the commercial world it will only be made so long as it can consistently turn a profit.

In the past this was largely ensured because the supply of useful advertising mediums was intensely constrained, in direct proportion to places for consumers to point their eyes and ears. There were magazines and newspapers and television channels and radio stations. Each tended to both employ journalists and cover news, so as to provide an incentive for readers, viewers and listeners to return, again and again, for decades. If you were a business, large or small, the most efficient and cost-effective way of reaching your potential customers was through those channels.

Then the internet came along, and a few years later, search engines and auction sites and the social web. And nothing would ever be the same. Now the same audience busied itself with creating its own content to fill the insatiable appetite of Facebook, Instagram, Twitter and Snapchat. Consumers could sell and buy unwanted goods online, without classifieds, or type in the good or service they required into Google and receive an endless list of options.

All of a sudden news production was decoupled from advertising in the most profound way, and the price of reaching consumers plummeted. Because if you don’t have make news to get attention, life is just cheaper.

The upshot of this is that for businesses, there has never been more diversity and competition for your advertising dollar. Within minutes you can have campaigns running across multiple mediums, directly measuring efficiency and reaching tens of thousands of potential customers. The audience which once had a limited range of local options can scour the entire world’s output across any production style they like – almost all for free.

Those same radio stations, newspapers, magazines and TV channels now have to suffer the indignity of themselves paying to reach an online audience through some of the very same businesses which have so severely chewed into their revenue. The Spinoff’s largest external marketing spend is Facebook; I would be surprised if the same wasn’t true of NZME and Fairfax. Media companies, now all converged from their respective home bases to meet face-to-face online, now have a vastly larger array of competition than at any point in their history.

That’s right: there’s far more competition than at any point in media history for the core product we sell, which has always been advertising. As of right now the New Zealand news consumer can head to the homepages of not just the Herald and Stuff, but Newshub and TVNZ and RNZ, and dozens of smaller operators from here and much larger ones from overseas. Or, more likely, they’ll do what they do in bigger numbers than consume the work of any single news organisation anywhere in the world: just go to Facebook and read what everyone else is reading.

At least, they can today. Up until now, everything had been in stasis. Fairfax and NZME’s shareholders have been waiting and watching and hoping that the regulator would see sense – would understand that the competition is not for news provision (which is fine anyway, truth be told) but for advertising, which is more fertile than it has ever been. In fact, the greatest threat to a diversity of advertising pricing has for years been the unrestrained rise of Google and Facebook – neither of which pay tax to any serious degree in New Zealand – and which the commission has never seemed inclined to pay much attention to. Indeed, despite its stated strategic ambition of “a future focus to understand changes in our operating environment, particularly as a result of online and digital developments”, the true monopolists of search and social remain growing monstrously and entirely unexamined.

Today executives at Fairfax and NZME must be sitting with a sense of disbelief at what has been announced, and the misguided reaction to it. Tomorrow, if not sooner, they will have to start assessing which parts of their vast and complex businesses can stand alone, and which will fall. Job losses are inevitable, and will in my opinion be far larger and more destabilising than had they happened in a controlled style in a merged entity.

“Given the importance of the news media to a well-functioning democratic society, we consider that any adverse effects from reduced plurality have the potential to be substantial,” wrote the commission in their decision this morning. That’s undeniable. But due to the erroneous assumption that news will get made regardless of the commercial reality, and the myopic focus on the current scale of two destination sites, we will soon find out just how adverse those effects will be.

From the Commerce Commission executive summary …

“We have responsibilities relating to business competition, fair trading and consumer credit contracts. We play an important part in ensuring businesses compete fairly, consumers are not misled by traders.”

“Given the importance of the news media to a well-functioning democratic society, we consider that any adverse effects from reduced plurality have the potential to be substantial.”

“The rate and rapidity of retrenchment of print change is uncertain, but we consider that each business will continue to offer some combination of online and print products over the five year assessment period for this authorisation.”

“We focused on the closeness of competition between NZME and Fairfax in both advertising and New Zealand news content production. We consider that competition would be removed in relevant markets where NZME and Fairfax currently compete for advertisers and readers. Our view is that this would be likely to lead to price increases and/or reductions in quality.”

“We found that where NZME and Fairfax community newspapers overlap advertisers will negotiate between them to get the best price. We do not consider that services such as Facebook, flyers or radio are suitable alternatives for local advertisers. The evidence we received shows that NZME earns [ ]. Removing this competition would likely lead to advertising price increases.”

“The merged entity would increase subscription and cover prices for Sunday newspapers.”

“We consider that competition between NZME and Fairfax leads them to produce higher quality content than would exist with the merger.”