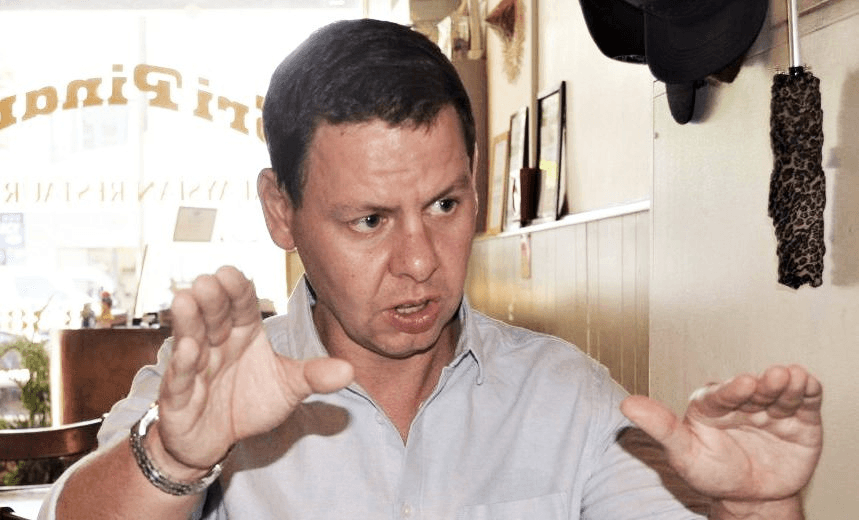 Luke Tipoki: You say Kai-kura, I say Kaikōura – why your inability to pronounce Māori place names pisses me off

“When I hear this mangling of tō tātou reo Māori, I hear years of colonisation, and I hear a country that seems uninterested in the preservation of one of this country’s true taonga: te reo Māori.”

Di White: Let’s stop pouring money into prisons. They don’t work. And there is an alternative

“There is not going to be a new cancer facility in the Waikato. However, last month the government announced $1 billion to build a facility of a different kind in the region: a new prison. And while it will not spread cancer, it will spread a range of other diseases: crime, intergenerational disadvantage, poverty and social exclusion.”

“In population terms, Te Tai Tonga is more or less the same size as any other electorate. But the social expectations of a Māori MP are different to what other New Zealanders might expect of their constituency MP. When the Kaikōura earthquake struck Rino Tirikatene took the first trip down to help out in the kitchens at Takahanga Marae.

The term for this is kanohi kitea – a tricky one with a double meaning. In the past the term meant raid or incursion of some kind, but today we use it to describe someone who’s seen. It’s not enough for Māori electorate MPs to deliver magnificent speeches on the latest bill before the House. It isn’t even enough to make the Cabinet. Instead you must show up at every birthday, tangi, community fair and prizegiving that you can.”

David Seymour: NZ baby boomers are building a banana republic, and no one gives a shit

“The first way of absorbing the change is to raise taxes by about a quarter, so GST becomes nearly 20 per cent and the top tax rate goes over 40 per cent, along with every other rate being increased by the same proportion. People embarking on their careers now would pay a 25 per cent extra “boomer tax” for being born at the wrong time. Already the polling data shows younger voters want tax cuts more than older ones.”

Simon Wilson: Leonie Freeman has a simple plan to solve the housing crisis. Will she be allowed to put it into action?

“Step 1: Create a vision for the city. Freeman’s vision is: ‘Housing at the heart of connecting and strengthening communities.’

Feuds! Spats! Actually there was a marked absence of animus in public, no tit for tat, no vs, no handbags at dawn sort of thing. Instead, there were wider arguments. Two to be precise. And so one of them was the one provoked by Paula Morris, whose Spinoff essay told critics of her Academy of New Zealand Literature to go fuck themselves; but the 2016 Spinoff Review of Books award for best stink goes to Peter King, for his essay posted online at Medium and later reprinted at the Spinoff, which told everyone in New Zealand literature to go fuck themselves.”

Emily Writes: 10 parenting styles that are definitely a thing and aren’t made up by Emily Writes

“8) Once A Week Music Class parenting

Once A Week Music Class Parenting is when you can justify letting your child watch 18 hours of Paw Patrol because you took them to that dire music class where everyone knew each other but you didn’t know anyone and you forgot to bring a donation and you didn’t know the actions to any of the songs and your child just lay on the ground screaming anyway until they shit their pants and you realised you forgot to put wipes in the nappy bag.”

Toby Manhire: ‘What do you want us to do, be a bunch of boring shits?’ On the Lash with Patrick Gower

“Didn’t I read somewhere that you don’t vote?

Fucking hell, mate, you should vote.

Well, fuck you, and I’ll swear for the first time. I don’t vote because of my role in the media. Is my unashamed belief in a democracy the ability to vote? I love democracy. Tears come to my eyes when I see democracy. Simple. Even better than the World Cup.”

“It legitimises the imaginative craft of songwriting such that students and their parents, school administrators and teachers see songwriting as they do drama, art and the rest of the creative subjects: arenas of experiment, adventure, cooperation, performance and reward. And it widens the options for students interested in the pursuit of a life with contemporary popular music.”

Ashleigh Young: A final, binding ruling on the correct spelling of the word “eh”

“In contrast, eh looks abrupt. It looks like it rhymes with “meh”. There’s somehow no warmth in it. It looks like the sound you make when someone socks you in the stomach.

I say this next thing as someone who has struggled, personally, with the eh spelling, through years of spelling it aye and even now finding it slipping into my emails and text messages, while, professionally, holding onto eh with a death grip. I wish aye/ay were correct spellings – I really do. Those vowels come out of my childhood. But listen: the eh spelling is technically the rightest spelling, even though it’s pronounced differently from how it looks on the page (like a vast number of English words).”