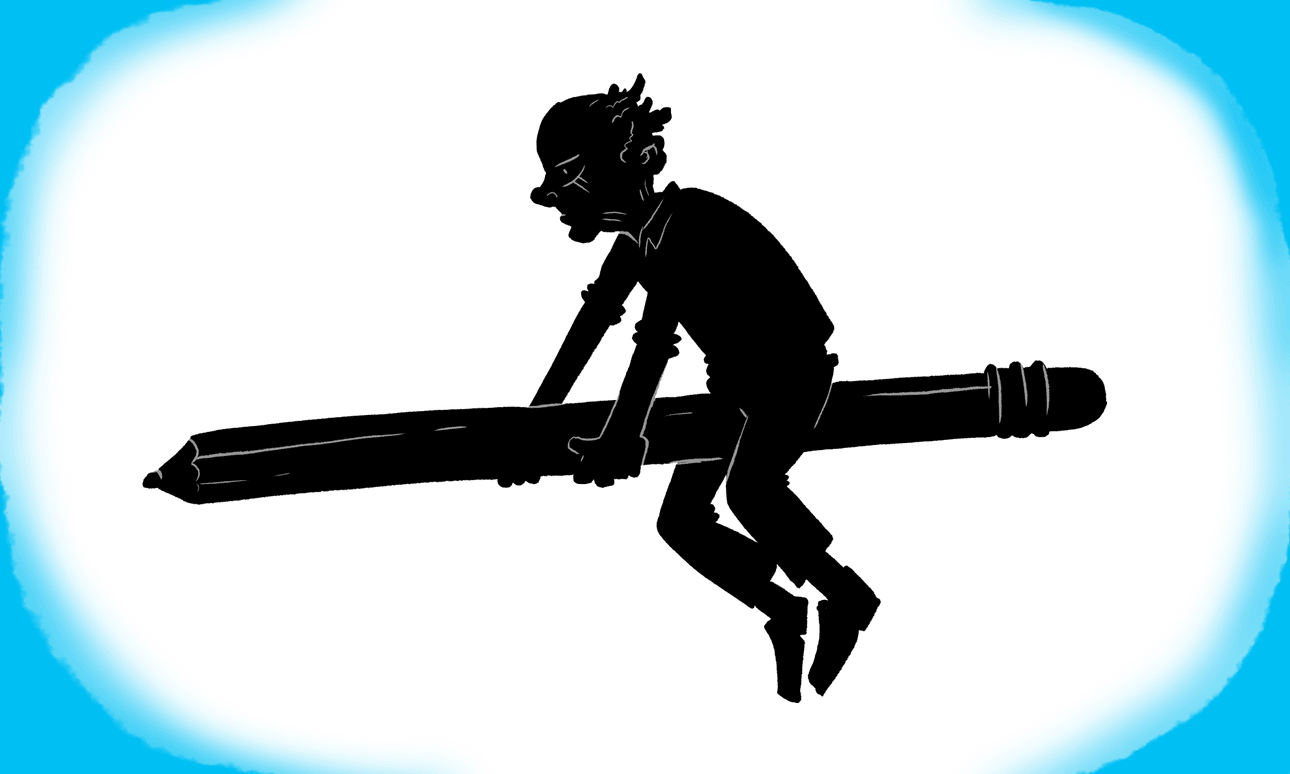 And in a way it makes sense. There are a limited number of positions, and it’s a highly specialised skill that’s not greatly impacted by aging. Once papers find cartoonists they like, they keep them. Once people become cartoonists, they’re generally in for life.

But the downside of this is obvious. It’s hard to say about my own peers, but it has to be said: New Zealand’s group of political cartoonists has hardly changed in my lifetime. In an era of radical generational change in politics and media, our cartoonist pool is largely static and is hardly representational. To be blunt – it’s very old, very male and very white.

Yesterday – angry at another stunningly out of touch Al Nisbet cartoon – I decided to see if I could put a number on this cartoonist generation gap. By my count (and I’m sure counts will vary) I could find 16 currently practising professional political cartoonists In New Zealand. Not many publicly state their age, but what is relatively easy to find is information on how long they’ve been professionally published for. Without revealing the names of the cartoonists or the publications they work for/have worked for, (or knowing how accurate or up to date all the info I found is) here is my full data set of how long they’ve been a working cartoonist (including myself) in no particular order:

So it’s not certainly not exact data as you can see, but you get a clear idea of the trend. Based on those numbers the average tenure is around 28 years, and the median is 33.5 years. Al Nisbet has a been a working cartoonist as long as I have been alive. Only five cartoonists, not including me, have their age easily googleable (reading between the lines – five famous enough to have wikipedia pages), and the average age of those five is 72 years old. Only one of the 16 current cartoonists – the great Sharon Murdoch – is a woman. And I don’t know them all personally but I think that it’s possible that everyone on that list is white. (Update: Sharon Murdoch is Ngāi Tahu – sorry, Sharon!)

Now I don’t know about you, but I’d be concerned that after doing the exact same job for 28 years I might lose a bit of enthusiasm. I’d be worried I might not have the freshest takes. I’m pretty sure I’d be cynical and jaded, and just possibly I might not be up to date with the attitudes of the time. And that’s before you even get to think about whether these 16 cartoonists are representing a range of experiences and views that reflect the variety of New Zealander’s lives in 2018. Let me be clear: It’s not wrong to be over 60, or wrong to be male, or wrong to be white. And I’m definitely not saying any of these cartoonists should be fired. Even Nisbet. What I’m saying New Zealand’s media needs to make an effort to include other voices too.

And I think this can happen. Traditionally this issue has been partly a practical one – there’s only one spot in the newspaper. That one precious rectangle on the editorial pages that incumbents have justifiably clung on to for decades. But more and more, the one precious rectangle in print is dead, or at least less relevant. When I started being professionally published I didn’t take anyone’s job, I invented one. My cartoons don’t fit that rectangle and don’t need to: In the digital era, publications can print as few or as many cartoonists as they want. We can take up as much room as we want. Finding someone who’ll pay you for it is still an issue, but restrictions on space can’t be an excuse in 2018. And in a era of short attention spans and quick, easily sharable social content I would argue that cartoons are more effective than ever.

So what can we do? Where are these new cartoonists? It’s a problem that the National Library’s New Zealand Cartoon Archive has been aware of and trying to address for some time. In 2013 they partnered with The Listener to run a Young Cartoonist Award competition (young meaning under 35 year olds) with some degree of success. The winner, Cory Mathis, was published for a time by the Dominion Post before moving on. The runners up were myself and Jeff Bell. I found work with The Wireless and then RNZ a little while later, before winding up at The Spinoff; Jeff is now a semi-regular freelance contributor of portraits and illustrations to various papers.

But that competition served to highlight several problems as well as trying to solve them. I understand they weren’t swamped with entries, and the three cartoonists ‘discovered’ were, well, still more white guys. For me, despite thinking it could be a career option for me since childhood, the first three political cartoons I ever attempted were my entry into that competition, and I wasn’t alone. The theory, it seems, is that without much chance of employment no one draws them uncommissioned. So no one gets good enough to be employed. It does take a while, even if you can draw and are interested in politics, to find your rhythm and voice. It doesn’t suit everyone.

But even compared to 2013 I question whether that still holds true. The internet is great leveller – right now it’s never been easier to put content out without a traditional publisher. We’ve seen in practically every other section of media that easier access has led to a broader range of diverse voices finding an audience, and I don’t see why that wouldn’t be true for cartoons too. As well as the familiar names I’m starting to see more independent young cartoonist hopefuls popping up in my feeds (Someone give Emma Cook a go!) and there’s a NZ Cartoonist’s Association Facebook group with 133 members.

The internet and the evolution away from the traditional rectangle box has also blurred the line between cartoons and comics, and our New Zealand comics community is slightly ahead in starting to address and discuss gender imbalance. The 2016 anthology Three Words, for example, featured 65 female comic artists from New Zealand, forever laying to rest the argument that local women cartoonists don’t exist. New Zealand’s illustration scene is flush with up and coming Māori artists. There’s no shortage of people who could transfer those comics or illustration skills into to being very strong cartoonists if given the opportunity. (If they wanted to of course).

So to me the solution is finding practical ways to bridge this gap between enthusiast and professional by providing space and support for young people to get rolling. I’d like to see scholarships, or properly paid junior cartoonist positions from the major outlets. Stuff, in particular, who’ve celebrated printing Nisbet as example of free speech, would be smart to share that platform and support with other younger cartoonists too. But of course finding spare money at major outlets in 2018 is easier said than done.

If there’s a ray of hope though it’s this: in looking up the career origins of the current crop I noticed a group who started in and around 1984. That period was a time of great political upheaval and generational change in politics, and it’s probably not a coincidence that many New Zealand cartooning greats like Tom Scott, Trace Hodgson (my personal favourite) and Chris Slane began their careers at or around this time.

To put it succinctly, like cartoonists are supposed to do: last time we had a big generational political change, a wave of new subversive and challenging cartoonists emerged too. Let’s do that again. Please.