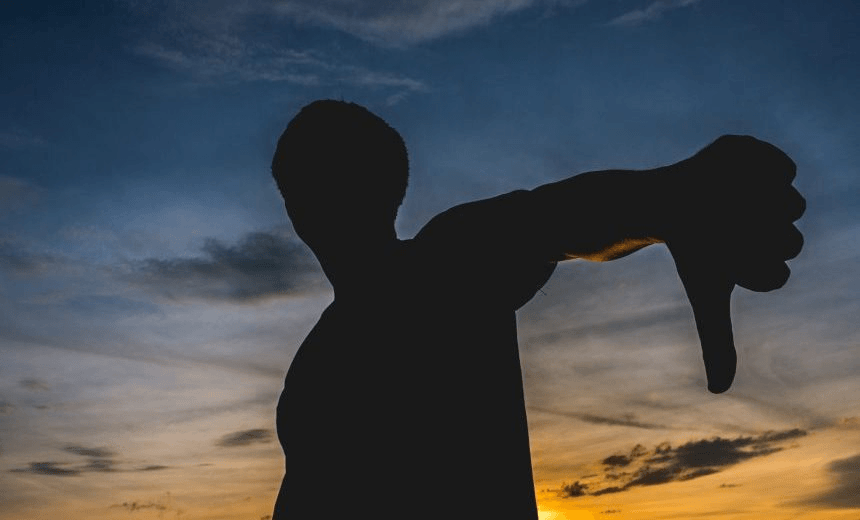 Silhouette with man’s thump down

Silhouette with man’s thump down

The Commerce Commission has rejected the NZME-Fairfax merger in a bold draft decision that plays down forecasts of digital doom. Is there any way back from here, asks former Herald editor-in-chief Tim Murphy.

An early disclaimer: I merrily predicted on Day One and again as late as yesterday that the Fairfax-NZME merger would be approved by the Commerce Commission.

I didn’t necessarily like everything about it, and could see the threats to quality of journalism, diversity and plurality of voices. But I, like the two companies, thought for much of the past six months that the Commission would butt out of such important but intangible and abstract matters.

I was wrong. There had been a hint a month or two back when the Commission mentioned ‘quality’ and ‘accuracy of journalism’ in going back to the companies for more input; and at its five year strategic plan launch where the chair, Mark Berry, let slip that their deliberations would be a precedent for other jurisdictions and that it faced a rare challenge in considering the role of the Fourth Estate in society.

But still the companies, and erring commentators, thought the desperate state of print newspapers like the New Zealand Herald, Dominion Post, The Press, Waikato Times and Sunday Star-Times, and the existential threat to their owners’ revenues online from Facebook and Google, would see their argument for merger prevail, perhaps with “carve-out” requirements.

No. No and No. StuffMe looks Stuffed.

The Commission’s preliminary view – now open to re-submissions for a fortnight and then a face-to-face public hearing  next month – comprehensively debunks most of the applicants’ arguments. Its own tweet announcing the decision (and since deleted) tellingly adopted the hashtag #StuffMe, first uttered pejoratively in the Herald newsroom on the first day and soon popularised online.

It will be a hard road for Fairfax and NZME to turn around the preliminary view before the final verdict is given by mid-March. Just where do you start?

Essentially, the Commission found a combined entity would not be in the public interest as regards competition in digital news, Sunday papers and 10 regions where the two companies’ papers now overlap in circulation.

The most telling part of the finding is over digital news. The Commission is no disciple of the prevailing international view that consumers will ultimately get all their news via digital channels. It is curiously laissez-faire about Facebook, determining that it, for example, is not a competitor in New Zealand news production.

It believes no existing digital news provider and no potential entrant would be able to have sufficient scale – size, market power – to “constrain” a merged #StuffMe.

It thinks it would be dangerous for one entity to have so much editorial sway, without the check of real competition.

The decision, in that context, seeks to stop a potential contagion.

The Commission also challenges the cost-benefit calculations on behalf of Fairfax and NZME, assesses the “detriments” to the country as higher than might have been thought, and suggests much of the cost-cutting planned would happen even if the merger does not go ahead.

It even raises the prospect of a paywall being placed on one of the two big news sites (probably the Herald) and then argues why that would be negative for consumers – despite the fact the applicants have been silent on whether the Herald’s dormant paywall functionality would be triggered at all.

It is hard to read this decision as anything other than a wholesale rejection of the two companies’ and their lawyers’ attempted arguments.

They will say, and NZME’s chief executive Michael Boggs did in an email to all staff this morning, that they think the Commission has failed to get the extent of digital change and likely diversity and range of opinion that is possible and coming.

They say they’ll fight on. Business as usual.

Except everything changes if this thing doesn’t get approved. NZME as a company was formed by APN spinning it off to its own shareholders with the lure of a super merger with Fairfax NZ. Its share price of $1 – or 86c on launch – was down at 66c in advance of the Commission’s shock “No” and immediately fell to 59c.

The biggest shareholder, Rupert Murdoch’s News Corporation Australia, got out a few weeks ago at 67c a share, which seemed low-ish. Another sign, perhaps, that things weren’t looking good for a merger. The second-biggest shareholder at launch, Allan Gray Investments, has also sold down in recent weeks, a cool five million shares or so.

Which means if there is no upside in lumping in with Fairfax, what’s the future for NZME? It is a sizeable, highly challenged print and radio company with the second biggest news website, nzherald.co.nz. Its print revenues, like everyone’s, are in freefall. Digital revenues can’t make up the gap. The radio business is non-performing in a two-horse race with MediaWorks.

As for Fairfax, it doesn’t have the crutch of radio but does have the biggest website and some new digital companies such as Neighbourly that could give it hope. But its newspapers are bleeding, with circulations at perilous levels for the once-proud Dominion Post and The Press, now in the mid 50,000s a day – down from 100,000 not too many years ago.

It is possible that one of these companies could end up in serious strife should the inter-company wars begin again, if a merger is ruled out for good.

Either way, cost cuts will continue. As revenues  fall, the companies cannot continue to hold costs at the levels they are right now. The Commission assumed such cuts were inevitable in either case; its decision, it thought, might prevent the added job cuts that could come if quality was allowed to fall because of a putative #StuffMe’s fat dominance of the market.

A number of voices get a generous hearing in the Commission’s decision. Where it discusses the threat to quality journalism, the journalists’ union E Tū gets almost as much space to its concerns as the space afforded the applicant companies.

A submitter’s trenchant analysis that the media dominance from a merged entity would place New Zealand second only to China is highlighted in the Commission’s summary.

TVNZ, MediaWorks and to a lesser extent RNZ get a good airing – their submissions have plainly helped sow doubt in the Commission’s mind about how much competition  they could really offer against the merged site.  They’ll be happy with their work. They’ve protected their own delicate path for a while and simultaneously driven their major competitors into a chaotic time of self-doubt.

Is there any hope for the merger? I seriously doubt it.

But I’ve been wrong before.