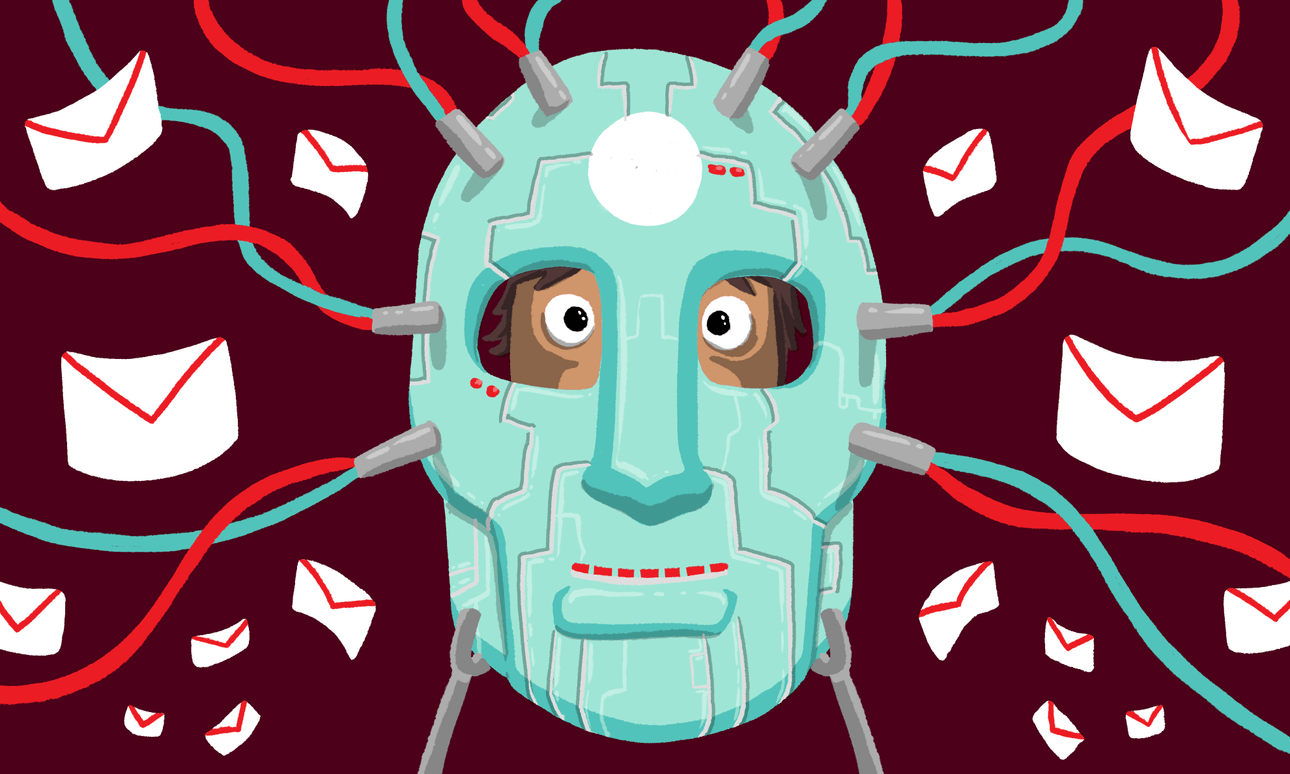 An artificial intelligence bot called Zach is creating a stir in the medical community. A doctor in Christchurch is teaching it to write patient notes. An Otago professor has it interpreting ECG results. But AI experts are not convinced. David Farrier goes in search of Zach.

Alex Casey and Leonie Hayden: About that awful witch cartoon…

“It’s a witch hunt! It’s a goblin chase! It’s a Kraken quest! Never mind the real world survivors who might wake up feeling brave enough to share their own experiences of harassment and abuse. Never mind that seeing a shitty cartoon wedged in the letters section over breakfast might dissuade them from ever speaking up, should they be labelled a gnarled sorceress of lies.”

“Not all requests for help are motivated by self-interest. But there are definitely people out there who will happily pick the shiny bits of our language and culture, like whakataukī or haka or karakia, while ignoring basic things like correct pronunciation. These people haven’t even begun to engage with the idea of their own privilege. Te reo is seen merely as something to be used and consumed. At best, a trinket to show off on special occasions, at worst, a commodity or brand to profit or benefit from.

If you call people out on this, if you dare use the word ‘tokenism’, you can be accused of ‘putting people off’. Critics will say you’re making things too hard or too complicated or too scary, and people won’t bother trying because they’re afraid of being humiliated. The implication is that it’s up to Māori to create the conditions necessary for people to engage with te reo Māori. Like bath water, if the temperature isn’t exactly right for some, then we’re to blame.”

“Who can forget the classic series I Can’t Stop Farting? The reality show about the perils of teaching women to drive? Whichever iteration of budgies, cats, kids or grandmas Make You Laugh Out Loud? Luckily, in more recent months there’s been a large intake of amazing online-only content, including excellent local webseries like Stake Out that might otherwise be lost to the ether. Their latest acquisition is OutTV, a Canadian channel for excellent and diverse content with an LGBTQI+ focus. I spent a couple of hours browsing and picked five of the best new hidden gems on offer.”

“Two weeks ago saw the publication of a handful of columns revealing that Jacinda Ardern appointed a former Sky City lobbyist as her chief of staff during the transition and first five months of her new government, and that they’ve now shifted back into professional lobbying, a jaw-dropping conflict of interest that would be illegal in many other advanced democracies.

If such a thing happened during the Key government there would have been a huge outcry: protests, online petitions, twitter hashtags, Radio New Zealand flooded with academics lamenting the death of our democracy. Instead there was an indifferent silence, which helps validate my pet theory that despite all the talk about policy and values, much of politics is just professional wrestling for bored nerds, but it also highlights the difficulty of getting traction on a political scandal if the opposition sees no advantage in it.”

“The video was released on March 1st. I had been promised an early preview which was sent late the night before. For those of you who have not seen it, it is very well shot. It is loaded with scenery eye-candy and classic Kiwi jokers. It stars a social media influencer/ environmentalist. It is energetic fun with a message: look after the planet. Be safe on your flight. And yet, why was it ever made? Those making it knew it would be a very hard watch for some. They also must have explored the irony of a safety video in a location so clearly identified with a horrendous disaster. They didn’t show the mountain, but the mountain dominates all of the locations used in the video, barring one or two. Mount Erebus and the broken DC-10 are woven deep into the New Zealand consciousness. Many, many people knew someone, or someone who knew someone. A colleague told me today that Erebus was our JFK moment. Everyone remembers where they were when they found out. Like the mountain itself, it is a big f-ing deal. Many of us would like it not be. Now every time we fly on an Air NZ plane over the next few months, we get to think about Antarctica. I’d prefer to chose when I think of Antarctica.”

Mihingarangi Forbes: ‘We weren’t represented’: the MC of #Suffrage125 on the communities that missed the invite

“When I looked around the room I didn’t see the colourful puletasi of Luamanuvao Winnie Laban, the first Pacific Island woman to become a New Zealand politician. Or the Māori rights battler and Treaty lawyer Annette Sykes. In fact there wasn’t a sitting Māori or Pasifika MP in sight. Those New Zealanders didn’t seem to be represented here.

While we rightly celebrated the efforts of Kate Sheppard, we didn’t hear of Meri Te Tai Mangakāhia, the first woman to address the Māori Parliament and present her motion for Māori women to vote. We didn’t hear about Ngā Komiti Wāhine, a women’s committee which boycotted the Native Land Court to prevent land loss and later set up the first women’s parliament.

Amongst the group of young women who declared #Suffrage125 open, there was no Māori voice to represent the hopes of mana wāhine for the future. We weren’t represented.”

“No, you don’t have to co-sleep. Honestly, it’s not possible to put into words how little I care about how other parents parent at night. Lack of sleep is a killer. You need to do what’s right for you. So you don’t want kids in your bed? Fine with me. It’s not my bed. I’d ask for the same courtesy though.

Yes, I have a happy marriage and yes, my husband is OK with our child sleeping with us. He’s also happy to sleep in the bunk sometimes, or the spare room, just like I do. And you know what BERYL we actually have a really happy marriage because I get to watch him willingly choose to do what works for our family as a whole on a nightly (and daily) basis.”

“After his heroic innings, Ross Taylor stood on the boundary rope at University Oval and stared adoringly at his wife, Victoria Brown. She was largely to thank for this moment, having also been a top cricketer. Someone threw him a Powerade, which he accepted, but everyone present knew he’d rather have a glass of wine. His wife and a red, that’s all Ross Taylor ever needed.”

And in a way it makes sense. There are a limited number of positions, and it’s a highly specialised skill that’s not greatly impacted by aging. Once papers find cartoonists they like, they keep them. Once people become cartoonists, they’re generally in for life.

But the downside of this is obvious. It’s hard to say about my own peers, but it has to be said: New Zealand’s group of political cartoonists has hardly changed in my lifetime. In an era of radical generational change in politics and media, our cartoonist pool is largely static and is hardly representational. To be blunt – it’s very old, very male and very white.”