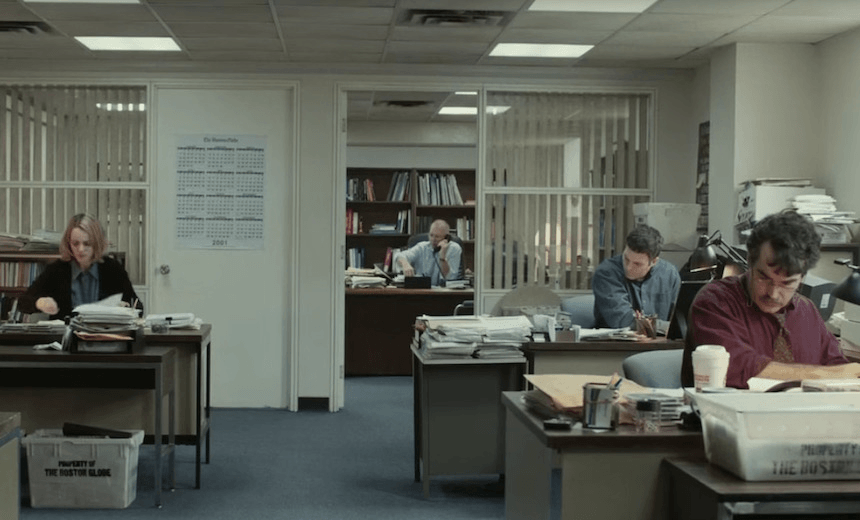 News of a proposed merger between NZME and Fairfax has met with a predictably fearful response from news creators and consumers. But Duncan Greive thinks it might finally properly differentiate the main online brands and give consumers a real choice.

This week’s major media news was the announcement that NZME and Fairfax were in talks to combine their New Zealand assets into a new entity which would create a near-monopoly on what we still quaintly call the the ‘print media’ in New Zealand.

Inevitably it was greeted with responses on a spectrum running the gamut of human reactions to media stories, from ‘sorrow’ to ‘abject terror’. Paul Brislen, writing on The Spinoff, spoke of his intention to argue against it at the Commerce Commission, and I was quoted as part of an RNZ feature saying that it could be bad for old mate democracy.

Which is all well and good and true. But it’s not the only potential scenario. There is a world in a which this is the best thing to happen to the New Zealand media in a while, I think, and while this is pure conjecture on my part, it also seems to make the most business sense.

Were I to be running this new combined entity, my first order of business would be to declare a permanent ceasefire in the content wars between nzherald.co.nz and stuff.co.nz. For too long matching and write-offs and volume, volume, volume have been the only measures of success. I’ve heard young journalists talk about putting out as many as 30 stories a day, part of the hundreds vomited out to quench our insatiable appetite for news, views and re-purposed tweets.

This happens for a reason: because we, as a nation, want it. In the free content era we’ve voted with our fingers and now, increasingly, our thumbs. That demand is real, no matter how loudly we might complain about it. And it’s here to stay.

But a stadium of four million can only justify one true mass market monster. Particularly when the war for supremacy in that sector already looks to have been decided. So surely the merged company will simply declare stuff.co.nz and its monthly audience of two million the winner.

Which makes the Herald, by implication, the loser in this deal. But for all its loud detractors clogging your social feed and mine, it remains a brand of huge value. For all of its 153 year history it has been a serious news organisation – and remains so, as its series of terrific campaigns on housing, education and domestic violence have proven lately. It’s only the last couple of years it has supplemented its reporting with the kind of stories people constantly complain about: YouTube vids, PR campaigns, Instagram rants and all that. (It should be noted, as a friend did yesterday, that the very people complaining about the merger are also those complaining about the news currently; the status quo is clearly inadequate).

The logical thing to do would be to strip that clickbaity content out – leaving it to stuff.co.nz, who clearly do it so much more skilfully – and concentrate on the serious, investigative and intelligent reporting they have always done.

And to demand a price for it. The paywall apparatus is all there, apparently, and its only the brinksmanship of the race to the bottom which has prevented it being deployed. With a single owner invested in the long-term sustainable development of all its brands, it now makes sense to build the Herald into the online news organisation of record, and ask that its audience fund it directly. While the audience will be much smaller than the current one, it doesn’t seem that far fetched to imagine it would be big enough to be self-sustaining.

With that differentiation bedded in you could have the Herald as an aspirational newsroom for all serious journalists, with Stuff as this roguish wildcat which wrote off its sibling’s reporting when it felt there were clicks in it, but otherwise gave the people what they undeniably want: the viral vids, wardrobe malfunctions and tearful speeches and all that. Some will scoff at that, suggesting they need access to good information to make informed choices – but they already have that access in their pockets and hands all day and night; I find it difficult to imagine how you would force them to use it.

This scenario would create a modern version of a tabloid and a broadsheet – stuff.co.nz as our Buzzfeed and nzherald.co.nz as our New York Times. And while people might find that idea ludicrous or unlikely, I truly think it’s as good a shot as any of the doomsday scenarios. And one which might not be so bad for news creators and consumers after all.