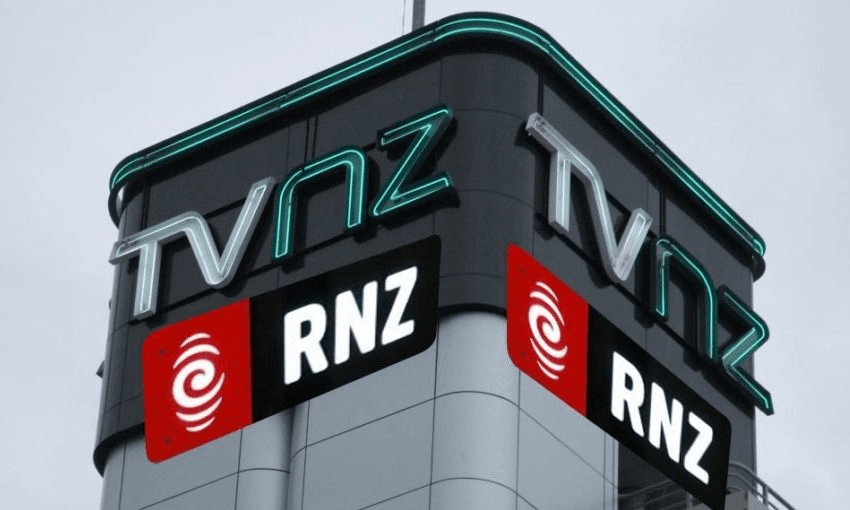 An untimely leak to RNZ brought some clarity to the government’s plans for its media assets – yet left many questions unanswered. Duncan Greive analyses the latest revelations.

RNZ’s flagship Morning Report programme today led its prime 7.10am slot with a bombshell about Radio New Zealand itself. Political editor Jane Patterson had the scoop on a story which has been building for much of the year, and become the default conversation topic for those working in journalism and communications: what did the government plan to do with its media assets?

Speculation had centred around a mega-merger of multiple entities, but Patterson’s report quoted an advisory group as having “collectively recommended the government agree to disestablish TVNZ and RNZ and to establish a new public media entity”. It still needs to make it through the Cabinet process, but the direction of travel is now visible. Māori TV is said not to be part of the plan.

It’s the latest in a string of huge media stories to drop over the past month, many of them connected to MediaWorks. The radio, television and outdoor advertising giant had been publicly advocating for TVNZ1 to be made non-commercial so as to fix what it perceived as a structural inequity in the advertising market. After the government resisted its increasingly loud pleas, MediaWorks announced that Three was for sale in October, with the prospect of it being shut down should a suitable buyer not emerge. This was followed by the resignation of Newshub’s head of news, Hal Crawford, with the longtime head of NZ on Air not long after.

All this occurred against a backdrop of a newish broadcasting minister in Kris Faafoi engaging with public and private media about the industry’s travails. The expectation of substantial and far-sighted change had built hugely before Patterson’s story broke – and the scope of what she described certainly met and probably exceeded the desired scale.

Yet as much as the story revealed, the gaps yawn. There are a number of critical questions which need answering. And while the process has been signalled as one which will take years, some signal that the direction of travel is now critical so as to allow both TVNZ and RNZ to calm affected staff and convey confidence to clients and audiences.

The Spinoff has spoken to several well-placed sources in public and private media today on background to inform these questions.

No. The description of a “new public media entity” is “not a case of doing a Telecom/Spark”, said one source privy to the proposal. It’s better understood as describing a merged organisation which will ultimately house both the government-owned entities. It’s critical that whatever the proposal suggests, it doesn’t push pause on two organisations in motion and going through major digital transitions.

Additionally, for TVNZ this news has the potential to destabilise some commercial revenue at the worst possible time – just a week after its advertiser showcase. CEO Kevin Kenrick moved quickly to reassure advertisers, emailing them this morning to hose down the report, saying: “No decisions have been made or announced despite what you may read … [TVNZ remains committed to] cost effective opportunities for your business to engage with these audiences.”

The resignation of longtime chief Jane Wrightson to become retirement commissioner represents an opportunity to fold a reset of public media funder NZ on Air into this larger piece of work. Demands on the organisation have changed massively during her 12-year term, with digital going from a non-factor to the dominant delivery vehicle for younger audiences in that time.

Wrightson negotiated the political and private sectors adroitly in her role and helped transition the organisation to its current platform agnostic model. Yet were the proposal to go ahead, it contains a clear existential threat to NZ on Air: currently well over half its funding goes toward RNZ or shows which air on various TVNZ platforms. If Three transforms or folds, as is a distinct possibility, that percentage will inevitably further increase.

The case for direct commissioning by this new entity will be strong,and with it, inevitable questions about the function of NZ on Air with a smaller pool of platforms and a vastly diminished budget. Without a parallel increase in NZ on Air funding, the new entity has the potential to take more public money and oxygen from a starving private sector.

3. How will the commercial and non-commercial be balanced?

Perhaps the most critical issue is the balance of demands of the commercial and non-commercial, and which feels in the ascendant. An entity of this nature is by no means without precedent – RTE in Ireland is probably the best example, while SBS in Australia also runs on a mix of public and advertiser funds. Yet RTE is beset by a financial crisis, and SBS is far less prominent in Australia than this combined entity would be. There’s also the optics – one branch of government (the Commerce Commission) has twice refused private sector media mergers which aimed to solve just this kind of generational challenge. Vodafone/Sky and NZME/Stuff have each suffered markedly since those decisions. All would surely find the prospect of competing for audience and commercial partners with a massive and revved up government entity deeply chilling.

Similarly, the Coalition for Better Public Media, which has advocated for change for many years, greeted the news with very cautious optimism, saying “hybrid public/commercial funding models can work but only where a) the level of public funding exceeds the level of commercial funding and b) where core services like news and current affairs are completely insulated from commercial priorities.”

4. Will existing audiences embrace the new, or be furious at the change?

The likelihood is that the impact on audiences will be minimal. Shows like Q+A might become co-platformed, and there could well be more sharing of hosts and other talent across networks, particularly around major news events. Sources suggest that TVNZ and RNZ are already talking more regularly and constructively than they have in years.

The biggest challenge for both, and for public media in general, is about forging a digital path, innovating and building on reputational strengths online.

A core part of that is in building younger audiences. Both RNZ and TVNZ feel like brands which will be difficult to port down to new audiences, even with more resources and on new platforms. Is there room for a third brand, that approximates what the likes of Triple J and 1Xtra have done in Australia and the UK respectively within the music space? A skunkworks made up of youth and digitally-focused people from both organisations might be better able to succeed, or at least out-perform the likes of TVNZ U and The Wireless – two highly-touted youth brands which are no longer with us.

5. Will it prove durable through different governments?

In many ways, this is the most critical question of all. National have a history of shutting down Labour’s media initiatives (see: the charter, TVNZ 7). Melissa Lee, National’s broadcasting spokesperson, had yet to consult with caucus when I spoke to her, but expressed grave concern at the prospect of “a giant publicly-funded media entity which dwarfs all the others”. Lee acknowledged the challenges of the sector, and the importance of local media, saying “we are a small country inundated with content coming from around the world”. But she expressed concern at the continued reverence for the core forms (radio and linear television), saying that younger people have abandoned them and she had too: “no linear, no timeshifting… everything is OnDemand”.

Lee says she has not yet seen the proposal, and while The Spinoff understands that Faafoi has approached National to try and build consensus on the issue, no formal meeting has yet taken place.

Which is to say that today’s leak has provided signals but nothing resembling clarity. It may have accelerated the government’s release timetable, yet will also have provided opponents time to lobby against the move. It remains something that TVNZ, in particular, will find hard to digest, and that private sector media will be rightly very wary of. The media’s year of chaos rolls on, without a conclusion in sight.