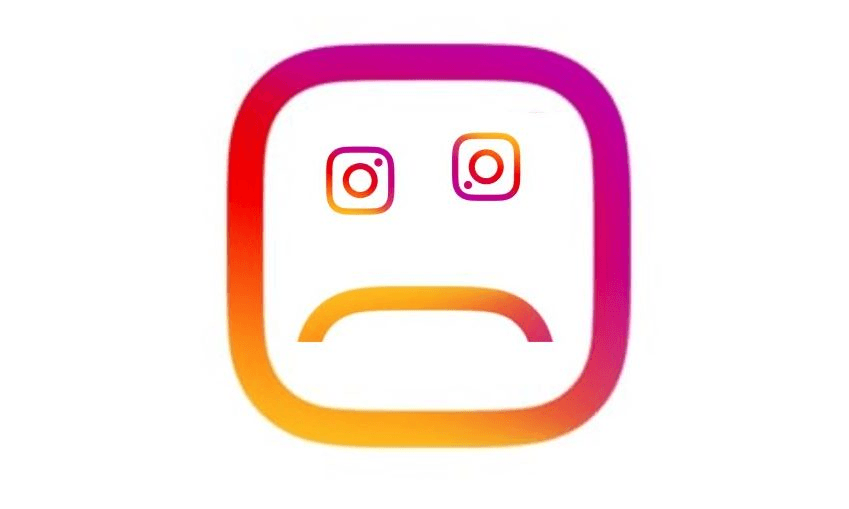 Welcome to bot-land: a journey to the most annoying corners of Instagram

By Lucy Revill
Guest writer
Made possible by

Ever wondered why some random always leaves the same emoji on your photos? Lucy Revill introduces the ghastly robots of the ‘gram.

How long have you spent on Instagram this weekend? It’s a bit of a time suck, right? Well I have good news: rather than manually liking other people’s images or leaving comments, you could instead task a bot, an automated bit of software, with doing it for you. Bots can do a range of other things, such as following and unfollowing a couple of hundred accounts daily and incentivising those accounts to follow back.

The main benefit of using a bot? Engagement creates engagement. The more images you like and comment on, the more engagement will come back to you in the way of likes, comments and followers on your own account.

That might sound harmless enough, but unfortunately even the smartest bot can’t differentiate between good content and bad content. They like and comment indiscriminately. For those who take the risk of using a bot, they might find their account is “liking” or “commenting on” posts that deal with pornography, paedophilia, anorexia, self harm, bestiality and all manner of awful content you find on the internet. And, if you use one, you’re going to be insulting people left, right and centre; unfollowing people by the droves; leaving insensitive comments on sensitive posts; and liking awful content that might even be illegal.

One anonymous Wellington Instagrammer made a honey trap to find out who was gaming the system with bots in Wellington.”Wellybotbait” was an account entirely consisting of pictures of elbows, faces and dirt. The caption on the account read “Do not follow or like if you’re a real person.” Despite the warning, many bots liked up a storm, including ones representing real estate agents, cafes, food suppliers and local ‘influencers’.

Travel blogger Lauren Bath (@laurenpbath) has over 460,000 followers on Instagram alone. She’s vehemently against bots: “On Instagram, and in life, I have always been against cheating – and using bots is cheating. Many services promising to ‘increase your Instagram reach’ are simply using bots. I believe buying likes, comments and followers is straight up fraud as you’re inflating numbers that have dollar values in the industry. For those using bots for their little business, it’s still terrible form and against Instagram’s terms of use.”

Ultimately, bot users strip enjoyment and authenticity from a platform people love, fast-tracking users with the money and the inclination to do so. And it doesn’t even work: if a user has to rely on bots to inflate their numbers, by definition they’re not influential – which means they won’t be able to sell whatever brand or experience they end up endorsing. It’s is a lose-lose situation for the brands that hire them and the users who choose not to cheat.

“I’ve never called bots fraud but I personally would never work with someone who has used bots and I recommend my clients don’t either,” says Bath. “Most people that use bots are doing so for the purposes of growing their account and becoming a professional ‘influencer’. Human greed has taken over and people will do anything to get ahead. Not only is inflating numbers this way is unethical, it doesn’t translate into sales long-term.”

But, despite claims to the contrary, bots aren’t going away. While Instagram recently changed its API to prevent bot use, no change in bot use has been apparent. Could Instagram even be complicit?

“Numbers are just a way to sell the product,” says social media consultant Ben Woodward. “They create false importance so people have something to shoot for. It helps Instagram to have lots of fake, engaged followers, because it ostensibly shows people are using the platform. We’re in a world where people are trying to gain metrics by any means to be influencers, which increases demand for people to show these numbers.”

Woodward believes that Instagram Stories has amplified the drive for more followers. “Since Instagram Stories was introduced in 2016, it’s been a race to 10,000 followers to be able to include simple URL’s as a ‘Swipe Up’ link in your stories

“I can’t help but wonder whether we would have so many bots if everyone could have the basic ability to include URLs.”

Big international names such as Donald Trump aren’t the only one deploying bots. They’ve infected everyone from Max Key to your local takeaway. “There’s huge pressure on creatives or small businesses to gain more followers so we get work or customers. It’s based on the premise that our market’s small and there’s not enough to go round,” says Kyle Mulinder of Bare Kiwi (@barekiwi).

Mulinder was introduced to ‘bots around 2013, frustrated with international bloggers coming to New Zealand and sucking up all the work. “I heard about it from people who I knew and respected, saying it was normal, so I tried it out for a few weeks. I then got like, ‘Woah, hang on!’ It felt wrong.” He immediately stopped and hasn’t ever touched them again. Like Kyle, and many others, I had a similar experience on my own Instagram. The worst part about bots is how you feel using them – like waking up next to a bad one-night stand

Bots are to Instagram what steroids are to sports. “Why do we think it’s not OK to cheat in sport, but we don’t think it’s OK to cheat on Instagram?” Mulinder asks. “When I call out people for using bots, I get the same responses: ‘Oh – I thought it was OK’, or an attack. Lance Armstrong won the Tour De France because he doped. Even though he came clean eventually, it ruins the opportunities for those in second or third place who didn’t cheat.

“We need to stop saying ‘We’re little old New Zealand’ – we’re actually bloody innovative. We have small-man syndrome to somehow catch up to the rest of the world, so we cheat to get there.”

Ben Woodward believes we need to look at ourselves to find out why Kiwis bot so hard. “The wider conversation is not just why are bots being used, it’s why are people doing it. Most people don’t steal because they want to or are bad. They steal because they perceive themselves as being disadvantaged,” he says. “We, as Kiwis, need to rid ourselves of the underdog mentality.”

Lauren Bath agrees. “If people concentrate their energy on actually creating valuable content and forming genuine relationships, they’ll be better off in the long run.”