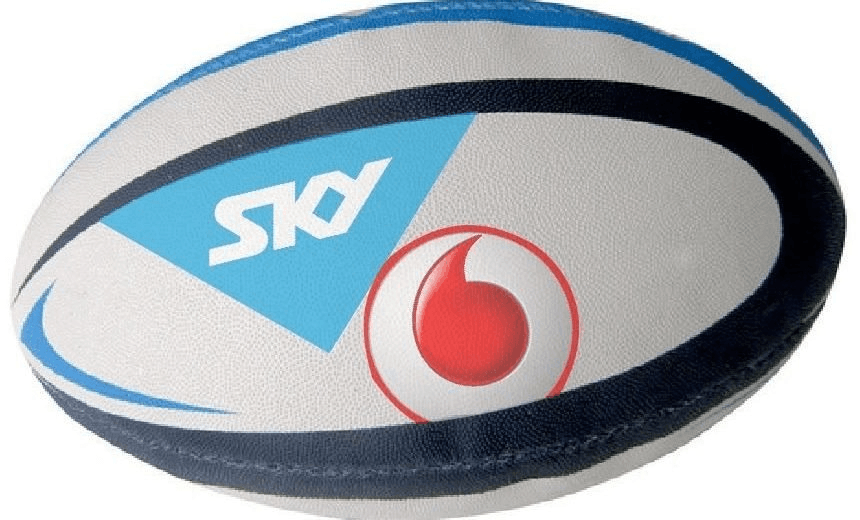 This week the Commerce Commission is set to rule on the wedding of two companies, brought together in the name of rugby, reckons Paul Brislen.

The people behind the planned merger of Vodafone and Sky TV are heralding a brave new blended world of content and delivery mechanism, an alliance that will position both companies for the digital era. But in fact the whole thing largely resides on the playing fields of Mt Eden.

More specifically Eden Park, home to the All Blacks – because as much as Vodafone and Sky coming together is about integrating technologies, about content and connectivity and back-office synergies, mostly (almost entirely), it’s about the footy.

New Zealand Rugby is the jewel in the crown of live sports. Rugby is our national game and while other pretenders can occasionally pop up (yachting, netball, even soccer had a crack at not quite losing matches) rugby is the bedrock of our national identity – yadda yadda yadda.

Rugby is also the bedrock of Sky TV’s subscriber base and the company braces itself each year for the mass Return of the Decoders at the end of each season. I’m mostly convinced this is why the rugby season starts earlier and finishes later each year.

Sky has a monopoly on televised rugby in New Zealand and it is fair to say it’s a grip unlike any other broadcaster anywhere in the world. New Zealand may be one of the last countries in the world where the national sport hasn’t embraced the digital age and moved to online broadcasting.

Take the National Hockey League, the ice hockey tournament featuring teams from the US and Canada in a no-holds-barred brawl occasionally broken up by men in convicts’ outfits who force them to slide a puck around the ice for a few minutes each game. It’s tremendously exciting and for US$40 a year you can watch every game live in 4K, watch recordings, listen to various different commentaries, even control the cameras in some games for replays. You can watch it on any device, you can watch home games, away games, even two games at once.

Canadians could watch the games on TV until 2014 when Rogers Communications paid an eye-watering C$5.2 billion for a 12-year deal that gives the telco exclusive rights to the national sport.

Or take the venerable English Premier League, the richest football league in the world. In 2009-10 the corporation made €2.4 billion, mostly off the back of television rights around the world. Soccer joined the pay TV game early (1992) so had something of a head start, but last year Sky and BT (the telco formerly known as British Telecom which acquired a chunk of screening rights for the beautiful game) paid £5.136 billion for a three-year deal.

A quick look at the Wikipedia pages for each sport shows a huge amount of interest in the financial dealings of each of the major soccer leagues, but not a mention about money at all on the New Zealand Rugby Union page.

However last year’s financial report says NZ Rugby earned around $134 million for the year while reporting a loss of $463,000 in 2015. This, however, is a huge improvement on its budgeted loss of $955,000, a figure which boggles the mind. How can we be losing money in our national sport in a year that saw the boys carry off the ultimate accolade in the form of the Webb Ellis Cup?

Nobody is saying how much the Sky TV deal is worth (one report suggests around $70 million a year) but that figure will be trivial compared to the value of the internationals, and yet the terms give Sky TV a monopoly on screening live coverage until 2020.

That gives Big Red two years or more to introduce the idea of online broadcasting to NZ Rugby and to sign a deal that neatly bridges the gap between television and this internet thing.

So why doesn’t NZ Rugby simply go direct, as many of the other sports have done?

Today, in order to watch the All Blacks play live, you need to sign up to Sky TV’s basic package, then add on sport, and you’ll want HD as well because this is the era of the big-screen TV – all of which I work out at just under $80 a month. That gives you access to other sports as well, but frankly if it’s just the All Blacks I want (and I suspect that’s a larger pool of subscribers than purist rugby heads) I’m not about to pay that much on a regular basis.

But I would pay $50 a year. Hell, for access to all New Zealand rugby coverage on all my devices I’d pay $100 a year and I suspect a large chunk of the population would join in.

Costs would go down (no need to manage set-top boxes, no need for dishes and all that support infrastructure, it’s just content delivered online to a screen near you) so profits would go up.

And then there’s the rest of the world. I don’t know about you but I know plenty of Poms, Aussies, South Africans, Americans and Canadians who would sign up to such a deal. Oh, Japan! Let’s not forget them! I believe rugby is quite popular in Japan. Surely a few of them would be interested in a yearly deal.

I think NZ Rugby has missed a trick here and left a large amount of money on the table. I know this internet thing is scary but you don’t need to bury your head in the sand. Embrace the change and make a killing as a result. $133 million seems a paltry sum for our national sport.

The Commerce Commission is due to decide on whether Vodafone can buy Sky TV on Thursday and it must take this into account. After all, rugby should be the winner on the day.

Paul Brislen is the boss at Brislen Communications.