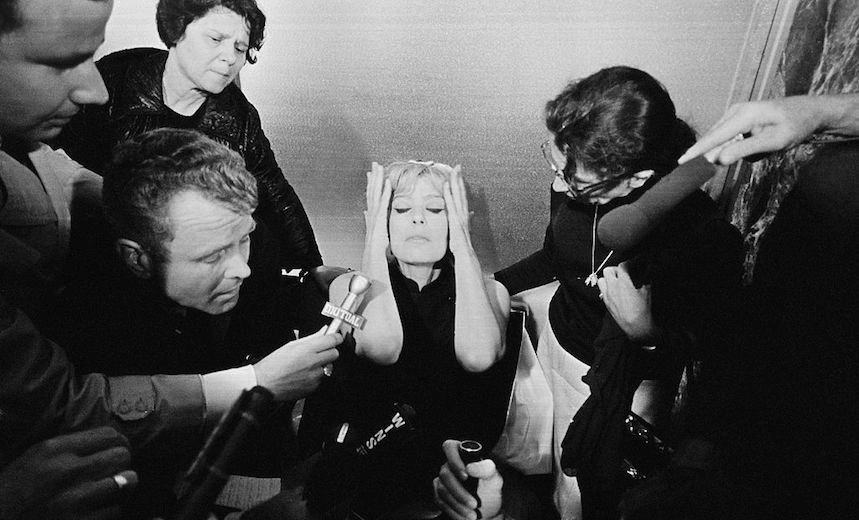 Ask me anything (except that): Celebrity journalists reveal the questions they’re not allowed to ask

A celebrity interview can be a minefield, especially when it comes to the subjects deemed ‘off limits’ by publicists. Jesse Mulligan asked some fellow interviewers about the topics they were told never to bring up.

In 1999, two years after the suicide death of lead singer Michael Hutchence, INXS announced an Australasian tour with 1970s popstar Jon Stevens standing in as front man. I was hosting the breakfast show for More FM Wellington at the time, and the tour publicist organised us a phone interview with Jon to promote the upcoming shows.

There was only one rule, she said. Please don’t make any comparisons between Jon Stevens and Michael Hutchence. We agreed, but my co-host had that sort of interview Tourette’s common in provincial radio announcers, and the first thing he said when Jon got on the line was “I saw you perform on Good Morning earlier this week. You looked very Michael Hutchence-y.”

Things went badly after that. Jon didn’t react immediately but, like the Bee Gees on Clive Anderson, got more and more angry during the rest of the interview, and began answering innocent questions quite aggressively.

“What do you do between gigs Jon?”

“Not much mate. What do YOU do with your life?”

Eventually he hung up on us.

It’s not the only time I’ve been asked to not mention something in an interview. When Meatloaf came through Auckland we were told “please don’t ask him what he won’t do for love”. I could sort of understand this – who wants to answer the same question in every interview for 40 years? – but I asked around and some requests people get seem totally random or, worse, counter-productive.

“When I interviewed the opera singer Teddy Tahu Rhodes they told me not to ask about his sex tape,” said my RNZ colleague Wallace Chapman. “I didn’t even know about the sex tape, so I looked it up on the Daily Mail and now I know.”

A bit of sensitivity is expected when you’ve had the location of intimate tattoos analysed in the tabloids, but I was surprised how many New Zealand artists had rules around interviews.

“We had the Warratahs in,” a producer said to me. “At the top of the prep-sheet it said ‘Please don’t ask about the Interislander’.”

I interviewed Elmo from Sesame Street, who has a surprising number of conditions for an interview. You’re not allowed to mention celebrities, for example – “if you ask him to comment on Brad Pitt and Angelina Jolie he will say something like ‘I don’t know who those people are’,” says the extensive pre-interview document Muppet-interviewers are supplied with.

I wonder if the no-go areas are sometimes designed to preserve the dignity of the interviewer, rather than the interviewee. TVNZ’s Kristin Hall recalls colleague Jehan Casinader asking Spice Girl Mel C what she really, really wants. “She said it was a bad question.”

What’s weirder is when you’re asked not to mention a certain subject but the interviewee doesn’t seem aware of the ban.

Dominic Harvey was told by Benji Madden’s publicist not to mention Cameron Diaz. “He ended up mentioning it… so I told him we were asked not to mention it. He seemed surprised and said often these ground rules are set by publicists and not him or his brother.”

With the hugest stars, the level of corporate anxiety around interviews can be oppressive. Ali Ikram recalls an Eva Longoria press conference launching the Shopping Channel: “Questions were vetted in advance and we were bussed to a secret location which I think was the Langham. My question: ‘I have been brought to a secret location by people I don’t know and my communication with you is being vetted by minders. Have I been kidnapped?’ was declined.”

One interviewer wasn’t allowed to ask Ellie Goulding about Skrillex, which was “understandable because the break up was only days old, and she was in-studio, so, like, a real person with real feelings”. But another was banned from talking to Goulding about Taylor Swift. “This just increased our curiosity because as far as we were aware they were good friends and that was it. These are always the weird ones, when you get told not to ask something and it is something you would have never thought to ask in the first place.”

Entertainment writer Russell Baillie got an awkward reaction from Lisa Marie Presley when he asked her whether a certain song was about Scientology. His interview was reported in the Village Voice, who said “hats off to Russell Baillie for doing what no American entertainment reporter has had the gumption to do, and ask her outright about what seems so obvious from her lyrics.”

Russell, who tends to alert readers when he’s been told not to ask certain things, admits that regarding the off-limits questions to Presley “the local record company had kind of forgotten to tell me.”

The most interesting no-go areas are the ones which reveal a sensitivity on the part of an interviewee. “Roberta Flack will not discuss her age – all media must agree to this before they interview her,” says Charlotte Ryan. Radio producer Bridget Burke says “James Hewitt told me not to ask him if he is Harry’s father” while Dom Harvey interviewed conspiracy theorist and holocaust denier David Icke and was told “no questions about his failed predictions … especially the one where he predicted New Zealand would completely disappear in the late 1990s.”

There’s always the option of ignoring a pre-interview request, though the fear of restricted future access and evils from the publicity people seem to be a fairly strong disincentive. But it does happen, as one person told me:

“A few years ago when The Killers were at the Big Day Out, not long after their second album was released, interviewers were told that they shouldn’t ask about Bruce Springsteen, religion or beards. The lead singer is a Mormon, had recently grown a sort-of beard, and their new sound kept being compared to Springsteen (a comparison that I guess was getting a little tired after months of promo). Anyway, one particular interviewer opened with ‘Who has the best beard, Jesus or Bruce Springsteen?’ The band took it in their stride.”