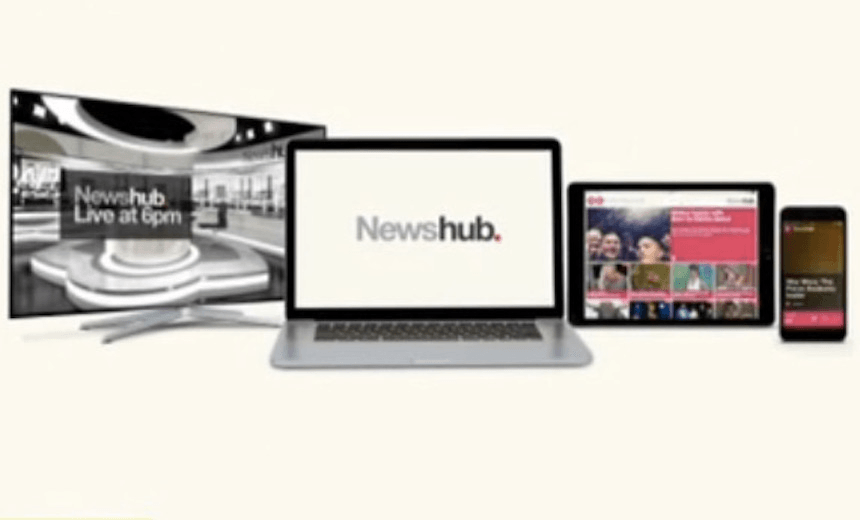 MediaWorks’ new integrated news platform looks to Duncan Greive like one of the best decisions they’ve made in ages.

2015 was a horror show for Mediaworks, a year which began with it toned, trim and swaggering and ended with it gaunt and dead-eyed, reeling from the trauma of what it had lost. It’s easy to imagine that Newshub is simply the latest installment in the company’s recent series of news fiascos – the Campbell Live debacle, Scout’s blighted launch, the cancelation of 3D. Coming in 2016: Newshub!

This time it’s different. In fact, it’s probably the first really smart move the company’s made in the Mark Weldon era, a green shoot growing from 2015’s scorched earth.

Because tending to multiple brands across multiple platforms is hard and inefficient work. Running twitter accounts and facebook pages and mobile apps and iterating the same story across RadioLive and 3 News and Newsworthy and Paul Henry – it costs money and resource and every dollar spent doing that is a dollar you can’t spend on a journalist going out and breaking news. In this era, with far fewer of those dollars than there were a decade ago, that really matters.

It also means that you spend less time duplicating stories. Having three reporters covering the same story for radio, television and digital is ultimately bad business. News purists might suggest that each will have their own angle and sources and find different ways in. But the reality of newsgathering in 2016 is that it’s more likely to mean three thinly reported and rushed pieces of near-identical content being created.

Newshub should mean that reporters are freed up to spend more time reporting, and that the strengths of the various disciplines – the pace of digital, the powerful visuals of television, the concision of radio – will coalesce and elevate the whole enterprise.

For the audience too, a single brand with familiar voices and perspectives, working across all platforms is a vision which meshes with the way our behaviour has evolved. Already journalists like Patrick Gower move between Paul Henry, RadioLive, 3News and deliver opinion pieces online. This just makes that process more logical.

The name is the one part which rankles a little. I can’t look at it without thinking of Shubh, the delicious and incredibly well-priced Indian takeaways in Sandringham. Much as I applaud the idea of Newshub, I think I would still on balance prefer a new Shubh.

But names only matter when they’re announced. Think about the Herald! It’s basically a funny name. Sacramento has a Bee, New Orleans a Times-Picayune, whatever the hell that is.

All that really matters is the work. And through streamlining and combining, in their apparently very fancy new newsroom, that should remain as strong as 3News has always been.

The Spinoff Media is brought to you by MBM – an independent media agency for a digital age.